Hundreds of people are expected to join members of George Floyd’s family in Minneapolis today to commemorate one year since he was murdered by a white police officer in an act that shocked the world and shook America to its core.

Multiple events are planned across the country to remember his life, reiterate calls for racial justice and mark one of the most significant years for decades in the struggle for civil rights in America.

Other members of the Floyd family will be hosted by President Biden in the White House as he continues to push to pass significant police reform legislation. 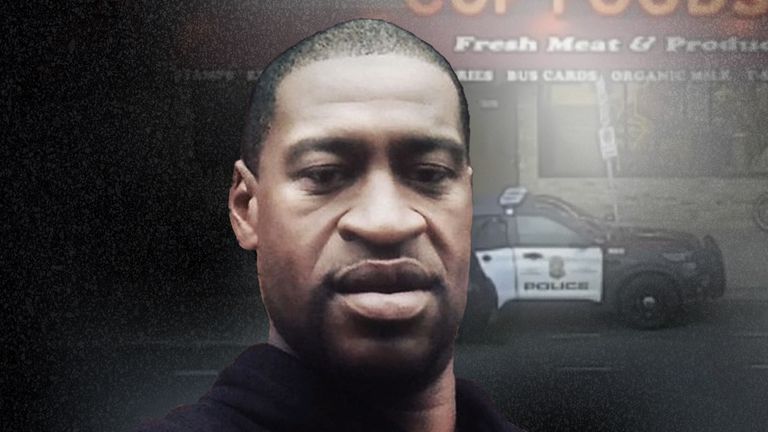 George Floyd’s killing last year sparked one of the largest mass protest movements in American history with hundreds of thousands taking to the streets nationwide to demand an end to racial inequality and police brutality.

The horror of Mr Floyd’s death under the knee of a police officer was captured on video by an onlooker and went viral, inspiring marches in cities across the world.

The anniversary comes just weeks after former Minneapolis police officer Derek Chauvin was convicted of his murder. While many have described the conviction as an important step, there is hope more systemic changes in politics, culture and policing will follow. 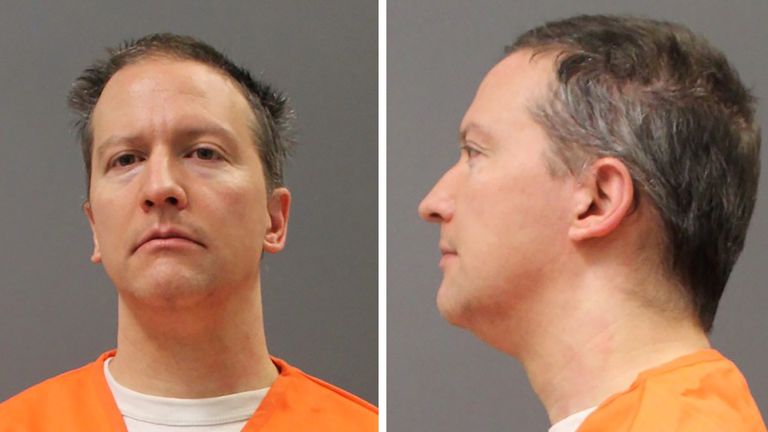 What is now known as George Floyd Square, the blocked off intersection where he was killed, is now a site of remembrance and reflection.

It’s hard to imagine it’ll ever be just an intersection again.

Activists here have maintained the tributes and art works throughout the year and police are not welcome.

It will be the site of commemorative events throughout the day beginning with a family-focused arts and open mic event, followed by an evening concert honouring victims of injustice and loss and a candlelit vigil.

George Floyd died on 25 May 2020 after a shop assistant called the police suspecting him of having used a fake 20 dollar bill to pay for cigarettes.

After the four officers arrived, Mr Floyd was restrained face down on the ground in handcuffs while Derek Chauvin knelt on his neck for around nine minutes.

At the weekend some of George Floyd’s siblings and children travelled to Minneapolis with campaigner Rev. Al Sharpton and civil rights lawyer Ben Crump who represents the family in the first rally to mark the occasion.

President Biden has spoken previously about how meaningful his relationship with the Floyd family is and will greet some of them at the White House today.

They will also meet with House speaker Nancy Pelosi and other law makers.

Biden vowed when elected to put racial equality at the centre of his agenda and to factor it into everything from vaccine rollout to infrastructure projects and tackling climate change.

He promised to pass police reform legislation by today’s anniversary, but the George Floyd Justice in Policing Act, is still working its way through the legislature, having passed in the House it is now stuck in the Senate.

The act would amongst, others things, prohibit racial profiling and ban the use of chokeholds at the Federal level.

Mr Floyd’s murder has catalysed some change in America. There have been some police reforms at the state level, corporations have pledged billions to tackle racial inequality and polling shows that more Americans of all backgrounds now think that racial injustice is a problem.

But there are also bills being proposed in a number of local legislatures that would reduce voting access, protect the police and criminalise some public protests.

Activists say there’s still much to do.

Many people in Minneapolis and beyond hope the anniversary of a killing that shocked the world will be not just a chance to look back, reflect and remember, but also an opportunity to look forward and continue to push for a more equitable future.

As part of the anniversary coverage of George Floyd’s death, Sky News is showing a 12 minute film presented by Stuart Lawrence – Stephen Lawrence’s brother. Called Stephen and George: The Killings That Inspired a Movement, it will air throughout Tuesday.

And tonight night on Sky Documentaries you can watch a special programme looking at the wider issue of racial equality in the wake of George Floyd’s death.

That’s George Floyd: From Murder to Justice? Tonight on Sky Documentaries, and then on Sky News at Nine O’clock tomorrow