Donald Trump was rushed to a White House bunker as hundreds of people protesting against the death of George Floyd gathered outside, throwing rocks and tugging at police barricades.

The US president is believed to have spent almost an hour being sheltered in the bunker – designed for use in emergencies such as terrorist attacks – as violent demonstrations continued across dozens of US cities. 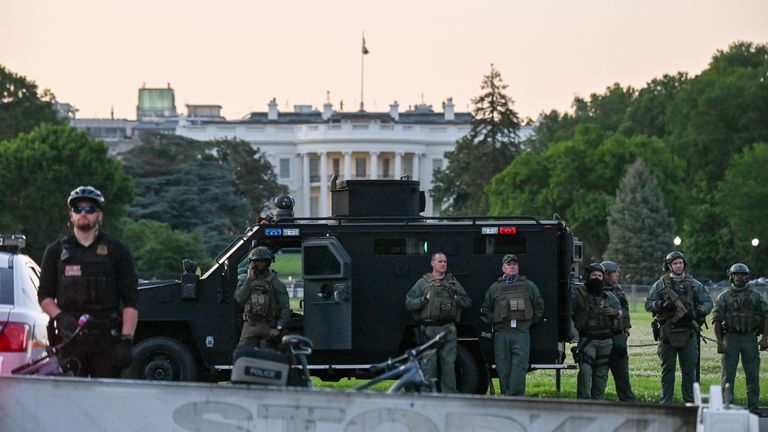 Mr Floyd, 46, died after a white former police officer was filmed kneeling on his neck for almost nine minutes during his arrest in Minneapolis for allegedly using a fake $20 note in a shop.

The protests outside the White House sparked one of the highest alerts on the US president’s residence since the September 11 attacks.

Police fired tear gas and stun grenades into a large crowd – which ignored coronavirus social distancing measures – protesting across the street from the White House in Lafayette Park. 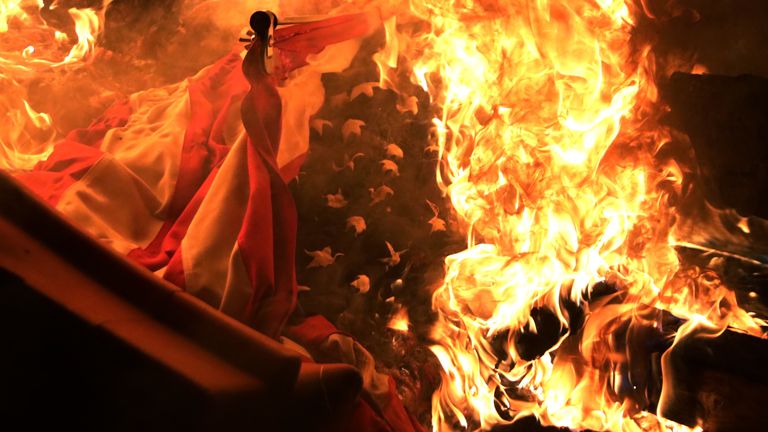 People ran away and piled up road signs and plastic barriers to light a fire in a nearby street, with some pulling down an American flag from a building and throwing it into the blaze.

Mr Trump was left rattled by the scenes, according to a Republican close to the White House, who was not authorised to publicly discuss it, speaking on condition of anonymity.

Their account was confirmed by an administration official who also spoke on condition of anonymity.

It is not clear if the US first lady, Melania Trump, was also inside the bunker, or the couple’s 14-year-old son, Barron, but Secret Service protocol would have called for all those under the agency’s protection to be in the underground shelter. 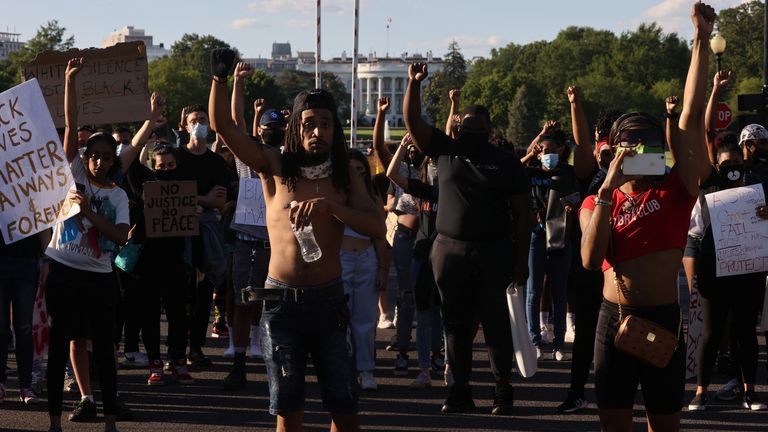 Curfews were enforced in Minneapolis and elsewhere, including Atlanta, Chicago, Denver, Los Angeles, San Francisco and Seattle, and thousands of National Guard soldiers and airmen were brought in to deal with the protests.

In Indianapolis, two people were reportedly killed during violence, adding to deaths reported in Detroit and Minneapolis in recent days.