First-time immigrant voters: 'I now feel one with America'

How do recently naturalised citizens feel about the Tuesday’s midterms elections? 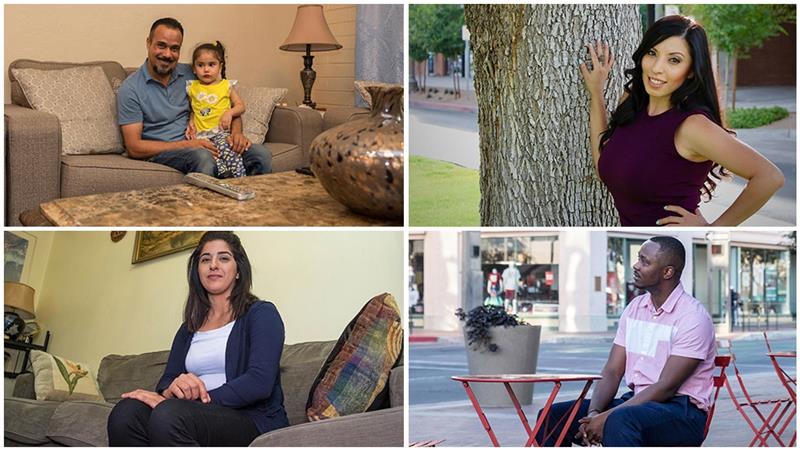 Arizona – Tuesday’s midterm elections are seen as a referendum on the US president’s first two years in office.

This year’s elections will also determine if Republicans can hang on to control of Congress.

In the lead up to Tuesday’s polls, President Donald Trump has sought to sow fear over immigration, meaning this year’s election carries extra weight for first-time immigrant voters.

According to the US government, the US naturalises more than 700,000 people each year, giving them the right to vote, among other rights afforded to US citizens. The number of applications grew by more than 25 percent after Trump was elected.

Al Jazeera spoke to four first-time immigrant voters about how they feel going into Tuesday’s election:

Khalid Al Jashame grew up in the provincial capital Samawah, in southeast Iraq.

After the war had started, Al Jashame was hired to work as a translator for the US army via a contracting company. Between 2006 and 2011, he was a translator in different settings: during Iraqi police official trainings, during meetings and also out in the field with the US army when they were searching for someone.

Explaining the US midterms:

“I really liked that job,” Al Jashame told Al Jazeera. “You are part of something. You hope that some day, your country will be able to stand by itself.”

But by the end of 2006, things got more complicated. Armed fighters began targeting translators and Al Jashame and his family were threatened. A homemade bomb filled with nails and rocks in a milk can was ignited twice in front of his house.

Al Jashame eventually applied for a Special Immigrant Visa (SIV), a programme in which 50 visas a year are granted to Iraqi and Afghani translators for the US army.

In 2012, his application was approved and he went to the US in March with his wife and two children. Five years later, he was naturalised as a US citizen.

Tuesday will be his first opportunity to vote. 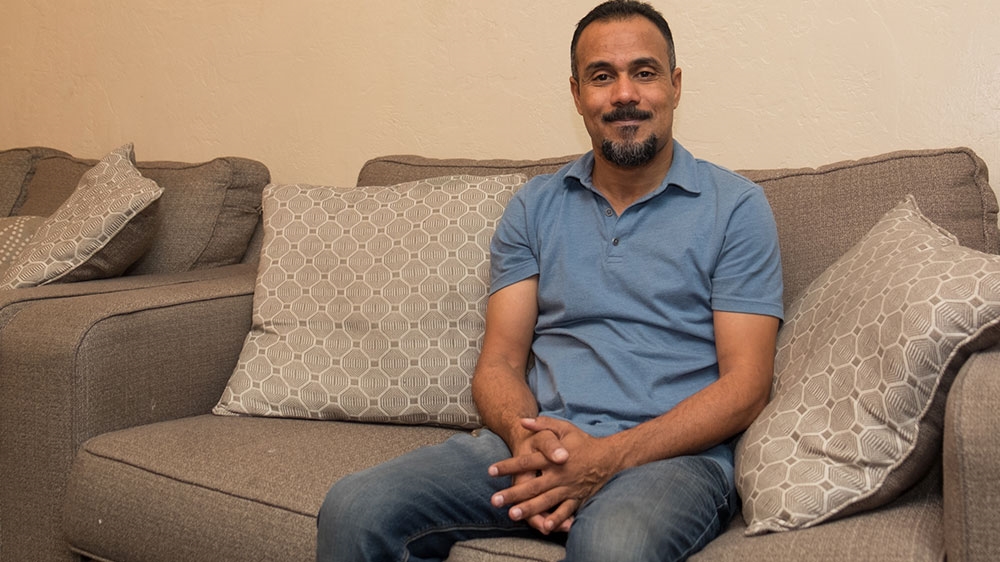 “I’m really excited to vote,” he told Al Jazeera. “Now I feel I can really be here in the United States. Be part of this country.”

After having worked at the front desk of a hotel when he just entered the country, Al Jashame got a job working with refugees, helping them to find their way in the maze of a new society.

“I am a refugee myself, so I understand what moves people to come to this country. When I think about a family, like the one from that boy who washed ashore on the beach [Alan Kurdi], I realise that his parents don’t just take the risk of crossing a sea lightly. They are running away from something; otherwise, you would stay. I would have wanted to stay in Iraq myself, if I could. I really miss it.”

Without pointing fingers, Al Jashame says that some politicians do not always recognise the pain and suffering behind a refugee’s story.

By casting his vote, he hopes to be able to see a change of politicians and see more people in power who at least treat refugees with respect.

One of the only things Nancy Avila remembers from her childhood in Mexico is being close to her family there. When she was seven years old, her parents brought her from Mexico City to Arizona.

“I arrived in the USA on the fourth of July,” Avila told Al Jazeera. “There was fireworks and parties everywhere, so I remember thinking that this was what life here was like. I was really amazed. But then, to my disappointment, the next day everything was normal again and the fireworks were gone from the streets.”

Growing up, Avila didn’t think much about being undocumented.

“As a child I didn’t know what it meant to be an illegal,” Avila told Al Jazeera. “You simply don’t think about legal or illegal. But when I was older and friends of mine went to the DMV to get their driver’s license and got a job, I realised things were different for me.” 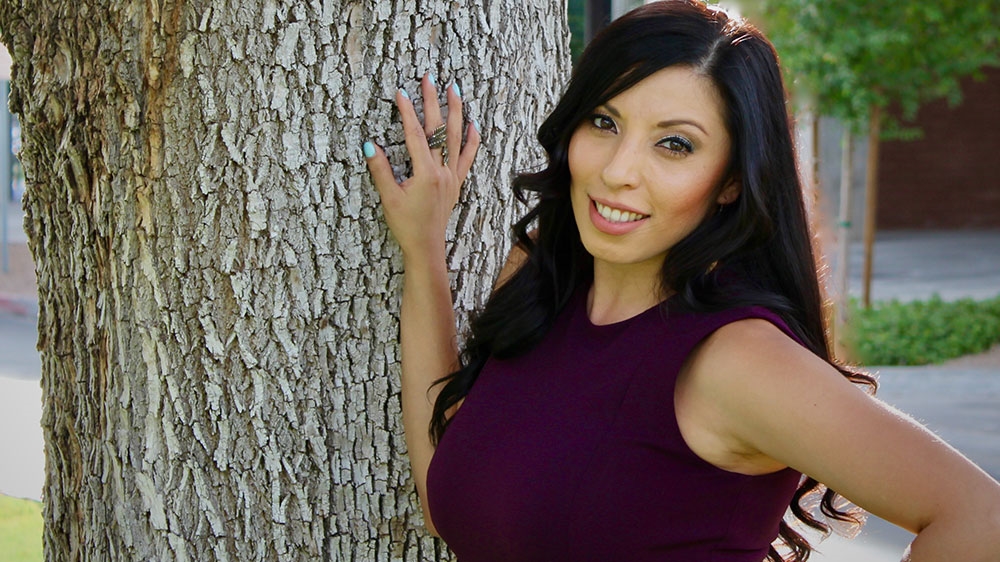 She eventually got her official residency papers and started the naturalisation process to become a US citizen.

“It’s difficult to describe the joy and pride I felt that day of the naturalisation ceremony. There was family: my sisters, nephews. It was all very emotional.”

With her naturalisation, she can now also cast her vote during the upcoming elections. It’s something Avila wasn’t able to do during the presidential election of 2016, which she really wanted to do at the time.

“Donald Trump doesn’t represent our country well,” she told Al Jazeera. “We are laughed at in other countries. He categorises immigrants as being inferior, but that’s not what the United States stands for. We are all immigrants here; this is the melting pot. To me it’s sad.”

Avila will vote Democratic in the hope to change something in the current political situation. She believes that every vote counts.

“That’s something we learned from the last elections for sure. There are people who didn’t vote at the time, but who were able to vote, and now they regret it. That’s something which is difficult for me to understand. There are so many ways to vote. Everyone I know did vote. Everyone should. Voting is so much better than to just sign a petition on Facebook. Action speaks louder than words.”

‘To have a voice as an Arab-American, that’s very special’

Manal Martinez-Al Joborri hopes her vote on Tuesday, the first time she will have an opportunity to excercise that right, will help change education for the better.

“I have already worked in schools, so I have seen there is a lot to improve. There should be more one-on-one teaching, more programmes to prepare high school students for university. And most importantly: there should be a reasonable salary for teachers.”

Arizona is a state where people have protested under the banner of ‘Red for Ed’ against budget cuts in public schools and for better teacher salaries.

Martinez-Al Joborri came to the United States from Iraq the first time when she was a high-school student. Her father worked for the UN in New York for five years. When the war started, they came to the US again in 2006; first via a working visa and later they applied for asylum. 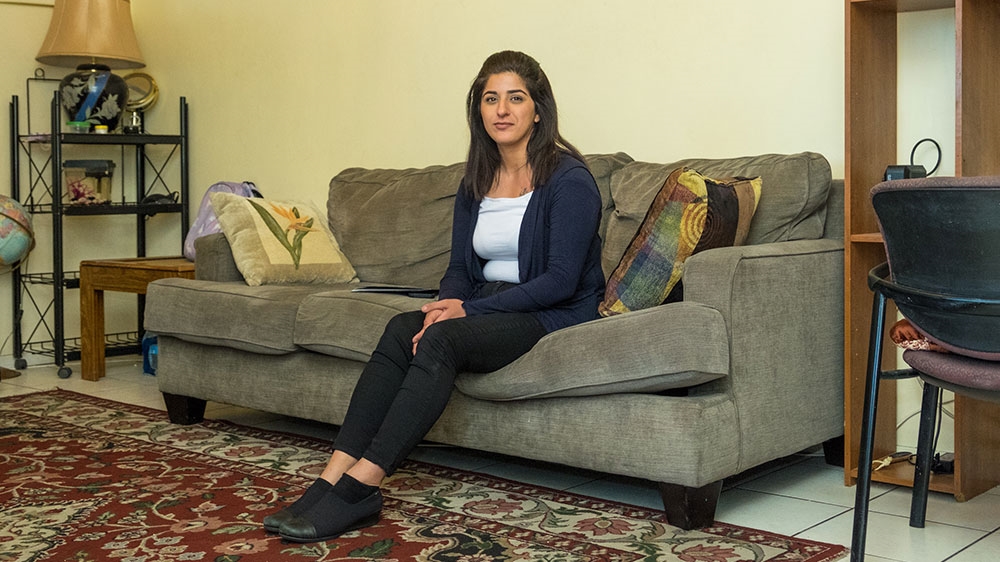 As an Arab Muslim, Martinez-Al Joborri, said she felt like she often had prove herself to many in her community.

In her first job, at a call centre for a mortgage company, Martinez-Al Joborri was the only Arab-American. She said in the beginning, only a few would talk to her, but she had the feeling that she managed to slowly win their hearts.

“I brought hummus and dolmas for lunch to offer to people,” she told Al Jazeera. “These made people open up. Eventually, some were really excited, saying that I was their first Arab friend.”

By bringing more diversity in the classroom, Martinez-Al Joborri hopes to be able to create more awareness.

“To have a voice as an Arab-American, that’s very special.”

‘I now feel one with America’

When the war erupted in Rwanda in the 1990s, Christian and his parents fled to Congo. They were considered traitors by some people because his parents are both Hutu and Tutsi. They returned after the worse of the violence subsided, but his parents still didn’t feel that their mixed marriage was accepted, so they lived in self-imposed exile in Kenya from 1997 onwards.

In Kenya, there weren’t many opportunities. They eventually applied for the refugee programme and were accepted by the US six years ago.

From this moment on, life got better quickly for Christian. One month after his arrival, he found a job at a local car wash. For the first time in his life, he was able to work.

Last March, Christian was naturalised as a US citizen. 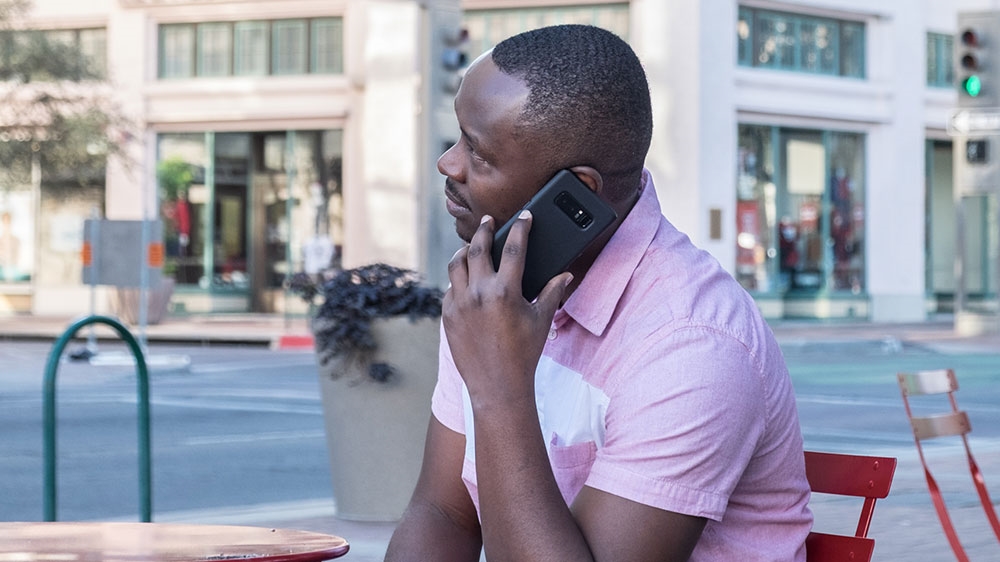 “Even though I am not born here, I now feel one with America,” he told Al Jazeera. “I belong here; this is my country. Even though I still feel culturally connected to Rwanda too, I am an American. It is possible to be both at the same time. Celebrating your own culture, while becoming part of America is exactly what the US is based on. That’s how the Founding Fathers wanted it to be.”

For Christian, healthcare will be the issue that matters most when he votes on Tuesday. He has seen people too scared to go to a hospital, even when they had healthcare coverage through their employer due to high costs.

“I’ve never been to Europe, but when I hear that they have affordable treatment for everyone in the hospitals, I know that is something I would want to see here. I haven’t experienced sickness myself yet, but I heard of people who are struggling now to pay their hospital bills. It could happen to anyone.”

*Christian preferred not to have his family name in print.