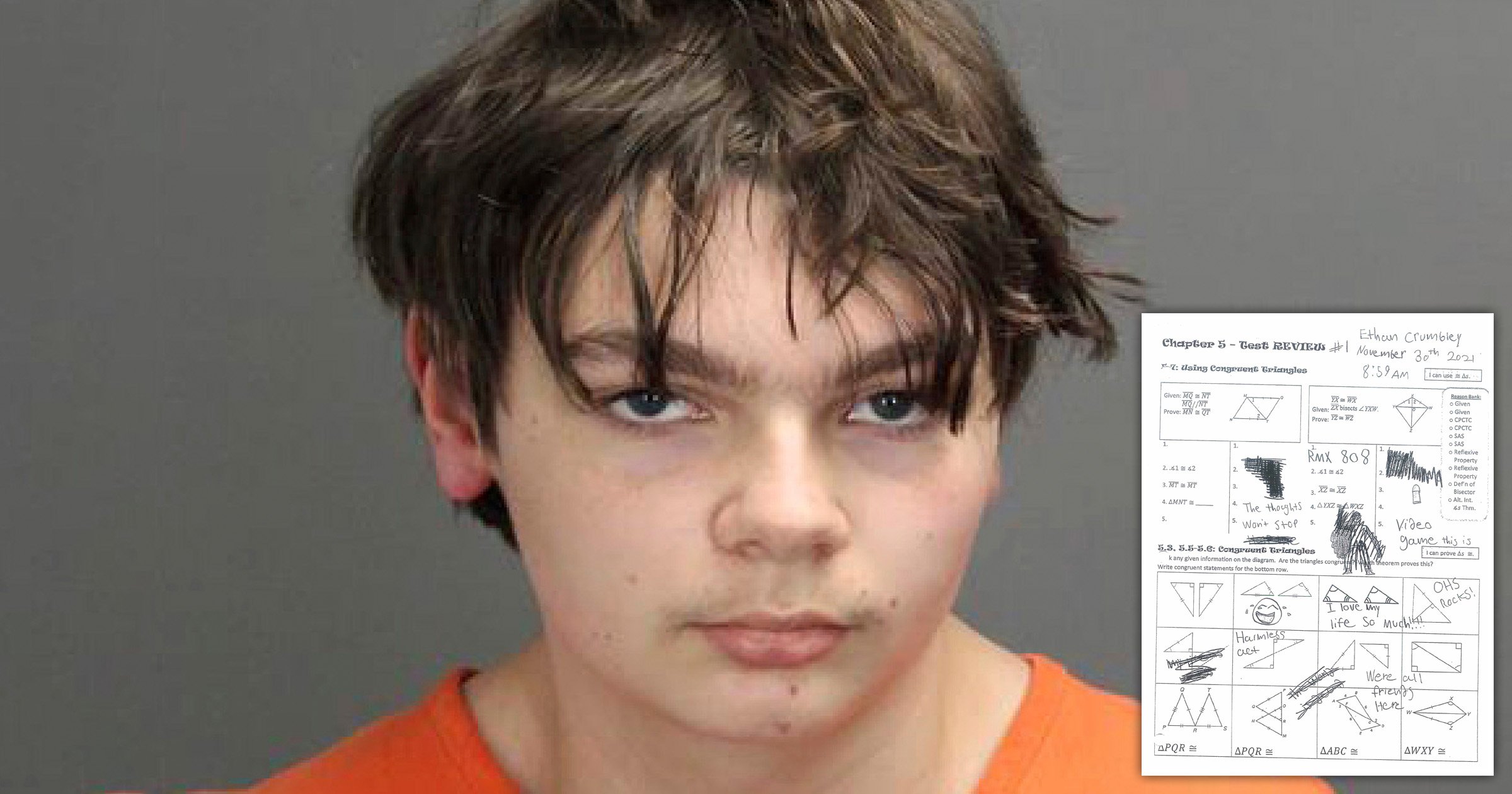 Ethan Crumbley, the 15-year-old suspected of opening gunfire at Oxford High School, pleaded not guilty to killing four of his classmates in a rampage that devastated an entire community.

Crumbley, who is being charged as an adult and remains locked up with no bond, made a brief video appearance in Oakland County Circuit Court on Wednesday. During the video arraignment his lawyer requested a not guilty plea be entered on his behalf.

The quick court appearance comes as new details emerged in a lawsuit filed about Crumbley’s actions leading up to the November 30 school shooting.

The lawsuit, seeking $100 million in damages, claims that school officials knew Crumbley was dangerous and ignored several red flags before he allegedly shot and killed four people and injured seven others.

The revised suit now claims that Crumbley brought ammo to the Michigan high school the day before the shooting – and failed to act in accordance.

On the day before the shooting, the 15-year-old brought bullets into the classroom and had them out on full display. That same day he was caught researching ammunition on his cellphone by a teacher, the lawsuit, obtained by the Detroit Free Press, states.

School officials knew about the bullets, as well as a tweet he posted to Twitter hours later that read: ‘Now I am become Death, the destroyer of worlds. See you tomorrow Oxford.’

In the weeks before the shooting, Crumbley also allegedly brought a bird’s head to school in a mason jar filled with yellow liquid and left it on top of a toilet paper dispenser in the boy’s bathroom, the lawsuit states.

School officials knew the alleged gunman had done this, the lawsuit states, but told students and parents there was nothing to worry about.

Crumbley is facing terrorism and first-degree murder charges in connection to the school shooting that killed four people — Hana St. Juliana, 14; Tate Myre, 16; Madisyn Baldwin, 17, and Justin Shilling, 17 — and injuring seven others, including a teacher.

His parents, James and Jennifer Crumbley, are facing involuntary manslaughter charges for what prosecutors say could have been prevented if they paid closer attention to their troubled son and got him help, instead of buying him a gun and failing to properly store it.

They have also plead not guilty.