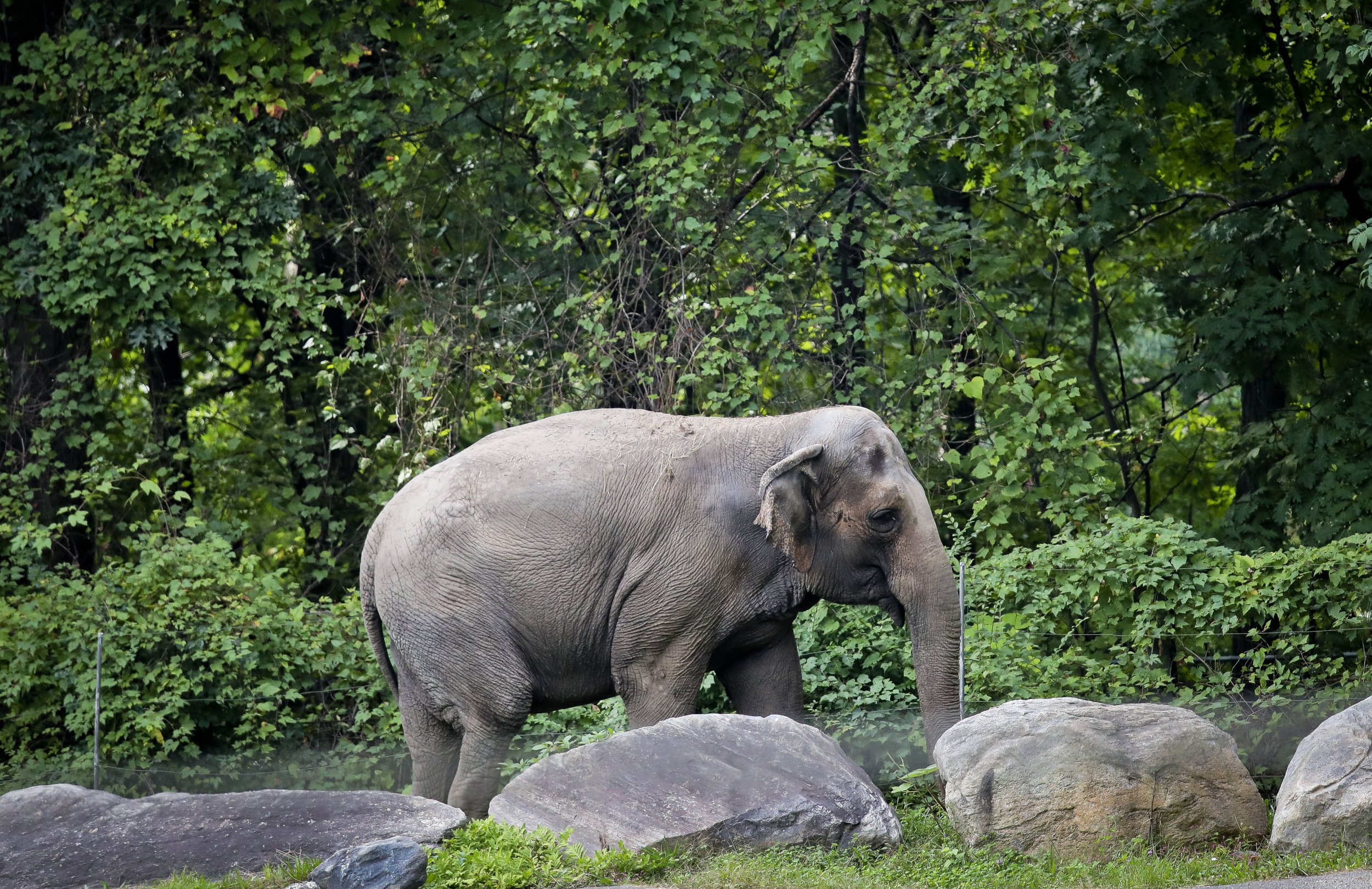 Happy the elephant, a long-time resident of the Bronx Zoo, must remain in her enclosure as she is legally not a person under US law, New York’s highest court decided Tuesday.

In a 5-2 decision, the court rejected an animal rights group’s argument that Happy was being wrongly confined at the New York City zoo.

The group, the Nonhuman Rights Project, argued that Happy is ‘an autonomous and cognitively complex nonhuman animal who has been imprisoned at the Bronx Zoo for over four decades.’

They had hoped to have Happy relocated to an animal sanctuary, but the court’s majority felt that habeas corpus — which states that a person cannot be imprisoned unless they have been brought before a court of law — cannot be applied to animals.

‘While no one disputes that elephants are intelligent beings deserving of proper care and compassion, we reject petitioner’s arguments that it is entitled to seek the remedy of habeas corpus on Happy’s behalf,’ Chief Judge Janiet DiFiore wrote in the ruling.

‘Habeas corpus is a procedural vehicle intended to secure the liberty rights of human beings who are unlawfully restrained, not nonhuman animals.’

The decision reaffirms a lower court ruling that Happy will not be released from the zoo to a sanctuary through a habeas corpus proceeding, which is a way for people to challenge illegal imprisonment.

The court said that extending that right to Happy would affect how humans interact with animals.

‘Indeed, followed to its logical conclusion, such a determination would call into question the very premises underlying pet ownership, the use of service animals, and the enlistment of animals in other forms of work,’ the decision read.

The Wildlife Conservation Society, which operates the zoo, argued that Happy is a well-cared for elephant ‘respected as the magnificent creature she is.’

Two judges wrote separate dissents, saying that while Happy is an animal that does not prevent her from having legal rights.

‘Her captivity is inherently unjust and inhumane. It is an affront to a civilized society, and every date she remains a captive – a spectacle for humans – we, too, are diminished,’ Judge Jenny Rivera wrote.

The ruling cannot be appealed. The Nonhuman Rights Project has failed to win in other similar cases over the years.

Happy was born in Thailand in the 1970s where she was captured and brought to the US when she was about a year old. She’s lived at the Bronx Zoo since 1977, and is currently one of two elephants in the zoo’s care.

The zoo, which houses its two remaining elephants separately because they do not get along, plans to eventually end its captive elephant program.