Donald Trump says he is feeling “really good” and will be leaving hospital tonight after being treated for coronavirus.

“Feeling really good! Don’t be afraid of Covid. Don’t let it dominate your life,” he added.

“We have developed, under the Trump Administration, some really great drugs & knowledge. I feel better than I did 20 years ago!” 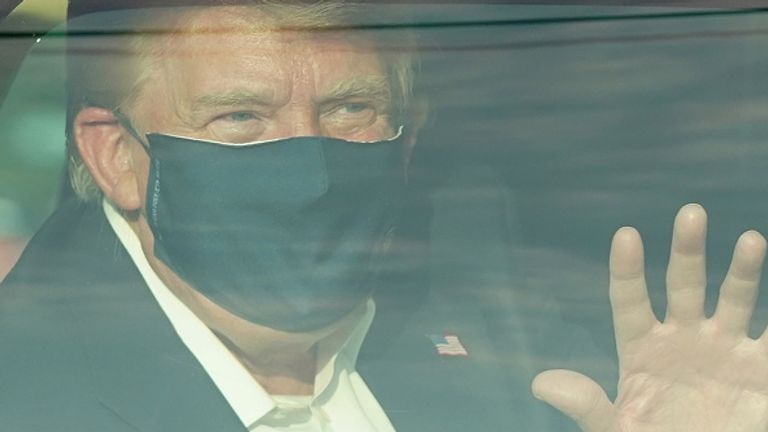 Mr Trump’s doctors said he was doing well enough to go home but “may not entirely be out of the woods yet”.

The president has not had a fever in more than 72 hours and his oxygen levels are normal, they added.

“He’s back” Dr Sean Conley, Mr Trump’s personal doctor, said of the president’s progress, adding that he had been a “phenomenal patient”.

The president’s medical team confirmed he had twice received extra oxygen but doesn’t now have any respiratory problems.

However, they refused to answer questions on his lung scans.

COVID-19 can cause serious damage, including pneumonia, that can be visible in such scans.

Doctors also could not say when the president would no longer be contagious or when he would be able to travel again.

Mr Trump will continue treatment at the White House, including a fifth dose of remdesivir – one of two experimental drugs he has been receiving.

Mr Trump was admitted to the hospital in Maryland on Friday, with officials saying it was a precaution.

He went on to post several videos from inside the hospital but a “drive by” of supporters was criticised for potentially endangering Secret Service officers.

Live coverage of the latest coronavirus news and updates 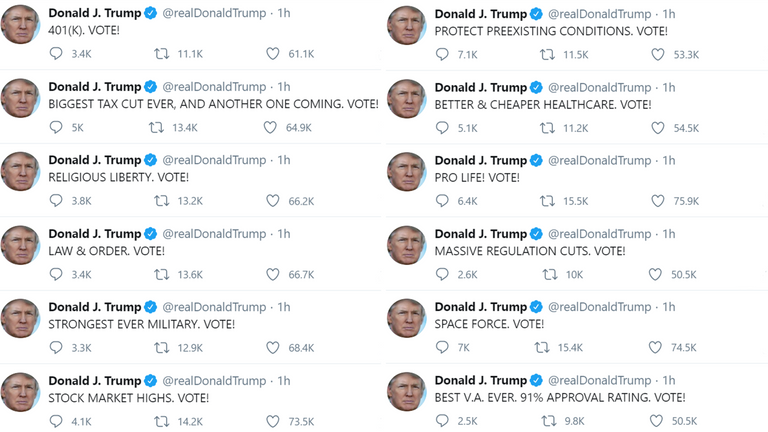 A White House spokesman said it “was cleared by the medical team” and that precautions were taken.

Mr Trump earlier on Monday sent a flurry of campaign tweets in capital letters, as he encouraged people to vote in next month’s election.

:: You can watch the Vice Presidential Debate between Mike Pence and Kamala Harris on Thursday at 2am live on Sky News and Sky News online

Glimmers of Hope for a Winter With Tropical Travel

With election looming, US faces record surge of coronavirus cases