Danez Smith: Reimagining Ourselves in an Increasingly Queer World

Essex Hemphill was a black and gay writer, editor and activist who died in 1995 at 38. Mr. Hemphill, who was one of the many queer creators lost in the AIDS epidemic, remains an instrumental figure in gay American letters and in the lives of queer black artists at large. This new essay is the latest in a series of notes the author has written to Mr. Hemphill over the years.

I saw you alive and sweet the other day. No, no, not you, waiting in the audience before I read at the Poetry Foundation. I wanted it to be you. He looked at me the way I hoped you would, eyes immediately anthologizing me, calling me into a room that stretched across cities and time filled with all us black, sugar-in-the-tank types.

I wanted it to be you ’cause I always felt like you were missing, though you left us with poems and stories to map your wisdom and vision onto our lives, I mourn you actively, Essex. I feel the hole you and Assotto Saint and Melvin Dixon left in the air. I breathe in that strange space, trying to summon you long enough for tea and a few questions, long enough to tell you what you made possible for a little somebody like me. 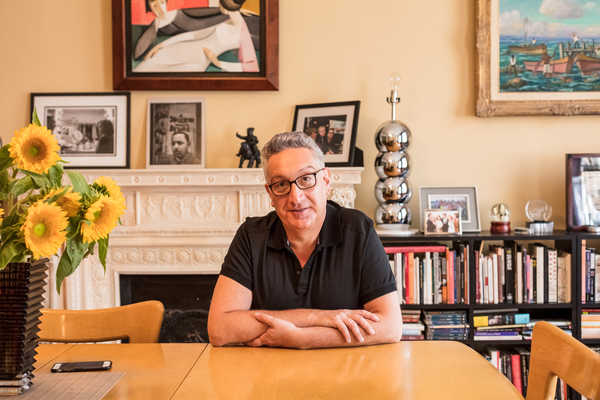 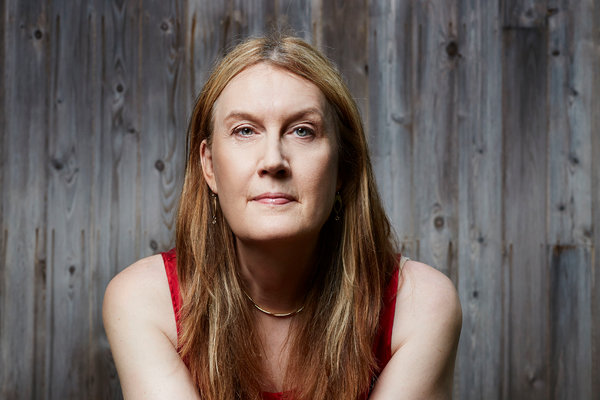 Not-you was eight fingers kinged with rings gold and stoned, a mouth I can only describe as a gay mouth (you know, corners curled Grinch-like, butter soft lips the pink of a young rose, a natural gloss boys see themselves in and drown), eyes like muddy water. Not-you wasn’t you, but felt almost like you, the right-on-time soft-uncle/butch-auntie I’m always looking for.

Not-you’s name was Richard and Richard was family the second we began to chat. I signed his book and admired his years-blessed face while he looked at me like I was a thing he made possible. And he was right. Richard made me, us. Richard looked me up and down (I was wearing a cute denim dress with some skinny jeans underneath, a femme Canadian tuxedo stunt) with a look that approved what he and his friends’ living had cleared space for, lives spent acting up and showing out, moving America’s needle across the record to a song fit for me to sissy myself into the glass majesty of the Poetry Foundation, and truly into the world of letters themselves, and not foreign, odd or alternative.

Richard and so many others, and you Essex, moved us into the center. Richard told me about Stonewall, not about being there, but about the zigzag of phone lines across the country, gay bar to pay phone to gay bar ring, ring, ringing off the hook with the news of the cops, the fist, the hell no, the fighting, the bricks in the brick-colored hands of the women who changed everything, everything, for us.

Richard was down the street, gay mouth probably sweet with whiskey, when he got the news of what went down in New York in that bar with our people, terror and pride coming out the receiver and pride sent right back in solidarity, in celebration of our bite.

Essex, in your absence, in the crater AIDS left in our family, Richards were left to mourn and make do and the new kids like me were left to imagine ourselves in a world post-Stonewall in the midst of an ever-changing epidemic in an ever-queering and still homophobic, transphobic world. We measured ourselves against the narratives provided by shows like “Will and Grace” or “Queer Eye,” some of us waiting on “Noah’s Arc” or “Pose” to find a home on screen.

We lost Matthew in Wyoming and a parade of beloveds that heartbroken night in Orlando. We lose a trans sister every moon and most don’t blink. We clubbed and bookstored. We grieved and fought and fell and shined. We bent new language, our bodies (I’m what they call “nonbinary,” Essex. Did we exist by that name during your life?), we bent the nation out of shape so they had to find new ways to try and end us.

But we are an endless people, Essex. You taught me that, reading “Ceremonies” I learned a name for our rituals and ways, saw the experiences and magic that made us all unruly kin. We do what we queers do — taking scraps and making an abundance. We receive a diagnosis, the diagnosis, and find not a reason to shrivel into death, but to live that much for ferociously long as the good gay lord allows.

You should see us, Essex. Marsha P. Johnson and Sylvia Rivera are getting a monument, a stone for the bricks. They let queer people on TV, sometimes several on the same show. Queer artists are no longer slotted immediately into counterculture, we are alive and sometimes thriving. We eatin’, Essex. The kids are walking around knowing themselves loudly younger and younger. Blue-haired boys binding themselves into the shapes of their dream-bodies.

I walk into middle schools and high schools amazed by the kids: the language they have for themselves, the hands they hold, their self-picked names, their fearlessness. It’s low-key weird, Essex. I once had a 14-year-old tell me they were a poly-pansexual and while I wanted to be like, “Sure, Jan,” I was more astonished that there was language so readily available to welcome her into herself and her li’l kingdom of love.

All the years of struggle and strive and anthem and rave have led us to now, a place where queers of every age, if lucky, are able to reimagine themselves in a world increasingly queer. The shifting sands have revealed what we’ve known for years: that queer people are innovators of body, mind and spirit, that the world cannot function without our art and our making even in spite of those who think otherwise.

We have imagined ourselves simultaneously deeper into complexity and closer to “regular.” The spectrum of our spectrum expands by the day, we exist in colors we didn’t know we could see. All this bright being and still the world conspires against us. We conspire against ourselves too, armed with pipes and bad men and our own hands. We fold, still, into the dark of our blood and minds, parTy and don’t ask enough questions before we let someone ransack our blood. It lives in so many of us still, Essex. In me.

It worries me, Essex. How many people consider the epidemic over now that PrEP is here, even though more and more black people find themselves stunned in the midst of their own bodies? How many people fell off the queer liberation train when they got the right to marry and divorce?

How silent it can feel when a trans woman dies. How empty the world feels emptied of another queer kid who never made it to the promised “better.” Essex, I have questions and no mouth to answer. What brightness do we walk toward when many feel they’ve made it to the light they were seeking? What does safety look like for us anywhere? What are we fighting for and who the hell are we?

Essex, it’s Pride again. Target is gonna hand out some rainbow somethings, the beer ads are gonna spell LOVE with all the colors inside. Progress? Capitalism will be a little gay in June, and America still wants to see us dead. What is Pride 50 years after Stonewall? I don’t know, Essex. A queer thing? An American thing? A global season? A day to celebrate and love?

I love that people love the day, and I too have paraded with flag and wristbands singing blue and yellow and blood red. I’ll probably spend this one inside, quiet and reading you, dreaming a new dream for a new gay day, hoping to one day shock myself out of comfort and queer dreaming and once again pick up the brick.

Danez Smith is co-host of the podcast “VS” and the author of “Don’t Call Us Dead,” winner of the Forward Prize for Best Collection and a National Book Award finalist. Their third collection, “Homie,” will be published in January. They live in Minneapolis.