Coronavirus in New York: The Latest

Weather: The temperature falls from mid-50s in the morning to mid-40s by evening. Gusty wind and scattered showers. 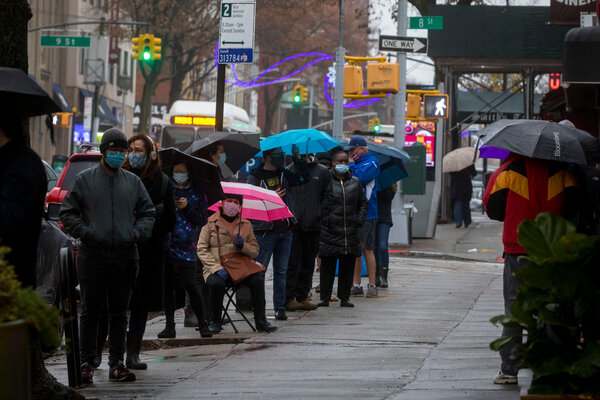 New York is on the precipice of a grim holiday season, as coronavirus hospitalizations reach levels not seen in months.

Governor Andrew M. Cuomo said on Monday that hospitalizations in the state topped 3,500 over the weekend, the most since May. He also said that 54 coronavirus-related deaths were reported across the state on Sunday. Nearly 1,000 people in died in November, according to The New York Times’s tally, the deadliest month since June.

Mr. Cuomo announced new measures to help stem the second wave of the outbreak, focusing more on hospital capacity and pinpointing problem areas than on a broader shutdown. He also noted the importance of keeping elementary schools open, if possible, and outlined a plan for increased and balanced testing across the state.

“Covid is shifting the battlefield dramatically, and we have entered a new phase,” he said.

More than 34,000 people have died in New York since the first case was discovered in March, more than in any other state. Mr. Cuomo said that over the weekend, the state’s daily rate of positive tests for the coronavirus topped 4 percent for the first time since May.

When infection rates accelerated in the spring, hospitals were flooded with coronavirus patients, and doctors and nurses were exhausted.

“We are not going to live through the nightmare of overwhelmed hospitals again,” Mr. Cuomo said.

The governor said that over 65 percent of the current spread was caused by small gatherings of people, which proliferate during the holiday season. He cautioned that he expected infection rates in New York to keep climbing until at least mid-January.

“Covid is the Grinch,” Mr. Cuomo said at a press briefing on Monday, adding that “the Covid Grinch sees this as the season of viral transmission.”

He said that a widespread shutdown of businesses and schools would probably not be the best way to tackle the virus this time. He said it would be more useful to continue the state’s current system of targeted restrictions, updated with new metrics — like hospitalization rates, available hospital beds, and death and case rates — to forestall hospital overcrowding and the chaos it could cause.

Mr. Cuomo asked hospitals to begin identifying retired doctors and nurses to help relieve medical workers and prevent burnout. He said he hoped to maximize capacity by dusting off plans for field hospitals and asking hospital systems to try to spread patients between different locations and increase the number of beds by 50 percent. Patients could also be moved between hospital systems, if necessary.

If hospitals do become overwhelmed, Mr. Cuomo could impose a regional shutdown.

The governor’s plan also emphasized the importance of allowing elementary schools to stay open, because they have largely shown low rates of transmission.

[School districts are bringing back younger children first. Here’s why.]

Mr. Cuomo has questioned the efficacy of that number, pointing out that positive test rates in elementary schools tended to be much lower than in their surrounding neighborhoods. Activists, parents and educators have criticized the mayor for closing schools while officials allowed restaurants and other businesses to stay open.

Mr. de Blasio announced on Sunday that city elementary schools could reopen starting Dec. 7, and students with the most complex disabilities could return on Dec. 10.

The mayor said the city would abandon the 3 percent test positivity threshold. Instead, testing in schools would be increased, and those found to have multiple confirmed virus cases would be closed.

Why the Pandemic Has Made Streets More Dangerous for Blind People

The Metropolitan Transportation Authority announced that its congestion pricing in Manhattan could be delayed until 2023. [New York Post]

The Polar Bear Plunge was canceled, meaning throngs of people will not leap into the frigid waters off Coney Island on New Year’s Day. [Gothamist]

And finally: ‘Hear Me’

As Manhattan’s streets fall quiet for the winter, a new installation will bring life to the New York City AIDS Memorial in Greenwich Village.

“Hear Me,” which starts today — World AIDS Day — at 10 a.m. and runs throughout December, will play the names of 2,000 New Yorkers who died during the AIDS crisis.

“For a multitude of reasons, we weren’t able to include a full list of names engraved on site,” said Dave Harper, the memorial’s executive director.

“But when you bring in real voices of real people,” he added, “you start to have this personal connection with the voices that you’re hearing.”

At 7 each evening, the memorial, at St. Vincent’s Triangle, will light up as the sound from speeches, poems, songs and protests is played. The hourlong program will incorporate audio from activists including Larry Kramer, Vito Russo and Kia LaBeija.

“One of the things that an AIDS memorial must do is not only memorialize people who have been lost to H.I.V., but drive forward the lessons of AIDS activism which includes memorialization,” said Ted Kerr, an activist and co-creator of the project. “People within the AIDS community know how to mourn, fight and care.”

He added, “I think the AIDS Memorial should be a spark for people who are thinking about how to mourn in the age of Covid.”

Metropolitan Diary: At the Morgan

Visiting the Morgan Library and Museum, I ventured into the West Room of J. Pierpont Morgan’s library, a cavernous and elegant space.

Surveying the giant fireplace, the endless bookshelves and the substantial desk, I was taken with a desire to see what it would be like to command that empire.

The desk chair, of course, was roped off, but I walked behind the desk and got a sense of the solitude and power that came with being in that spot.

“Congratulations,” a hearty voice said as I began to leave. I turned and saw that it was a young female security guard. She was smiling at me.

Sensing my surprise, she told me that while men frequently ventured behind the desk, I was the first woman she had seen do it.

Her smile widened into a mischievous grin. 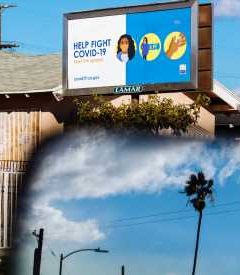 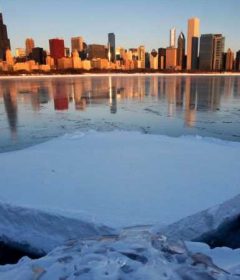 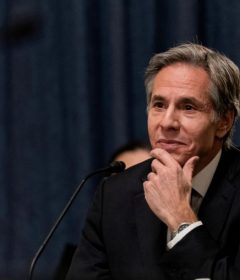