Community College Enrollment Is Way Down 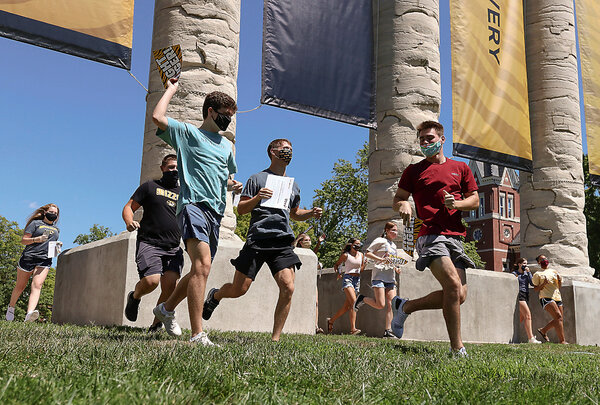 In most economic downturns, enrollment goes up at community colleges, where most Black, Latino and low-income students enter the higher education system. Not this time.

Across all U.S. colleges and universities, freshman enrollment has dropped more than 16 percent from last year, with declines in every region and at nearly every type of institution.

The falloff could have longstanding repercussions on equity and access for years to come. “The big worry is that people who interrupt their education with the intention of completing it later don’t always do so,” said Terry Hartle, senior vice president of government relations for the American Council on Education, a higher education trade group.

Minority and lower-income groups all have been disproportionately hit by the virus. In addition to economic hardship, the drop at community colleges may also reflect concern that campuses aren’t safe from infection.

“Throughout the two weeks that the order was in place, I did my best to comply. But at night I could see and hear scattered groups of students moving between houses, with some still wandering the community maskless. By following the rules, I missed the chance to celebrate my roommate’s birthday with friends, and I missed seeing my girlfriend. Two weeks? Felt like an eternity.” Nick Moran, the editor in chief of The Grand Valley Lanthorn, the college paper at Grand Valley State University in Michigan.

The toll on moms

Our colleague Jessica Grose, the Times Parenting columnist, took a close look at a painful truth this week: When schools close, moms pay a disproportionate cost.

That trend can be seen in recent labor statistics, which show that women, especially married women, are suffering from slowing rates of employment during the pandemic.

“The drop in female labor-force participation was quite dismal and not surprising with the return back to school not happening,” Betsey Stevenson, a professor of economics and public policy at the University of Michigan, told Jessica.

The United States is the only wealthy country in the world that does not offer government-subsidized child care. That has made public schools de facto day care centers — until the pandemic, which upended the entire system, and left many children learning from home for some or all of each week.

The economists that Jessica spoke to thought the dire job situation for women was directly related to remote learning and the lack of available child care.

To be sure, it’s not just moms: Over all, four times more women than men dropped out of the labor force in September. But the closure of schools has been a tipping point for a system that already seemed to be stacked against working moms.

Jessica Calarco, an associate professor of sociology at Indiana University, found that around 40 percent of the over 100 mothers she is studying reported increases in pandemic-related frustrations with their partners.

Rather than ask their spouses to step up their domestic contributions, “mothers blame themselves for these conflicts and feel responsible for reducing them, including by leaving the work force, beginning use of antidepressants, or ignoring their own concerns about Covid-19,” Calarco and her co-authors wrote in a pre-print of a new study.