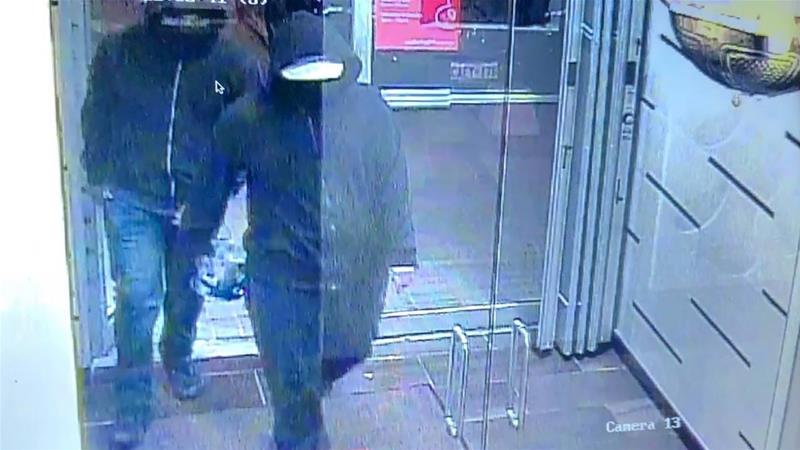 Canadian police have launched a manhunt for two men after a blast at an Indian restaurant near Toronto injured 15 people.

Jennifer Evans, Peel regional police chief, said on Friday that two suspects with their faces covered to conceal their identity entered the Bombay Bhel restaurant in Missisauga, a major suburb west of Toronto late on Thursday.

They dropped the improvised explosive device and fled, she said.

“Every police resource is being used right now to locate the people responsible for this horrendous act.”

Investigators were reviewing surveillance camera footage, she added, and asked for the public’s help in identifying and locating the suspects.

“The suspects fled in a car and the police are looking for them over quite a wide area,” he said. 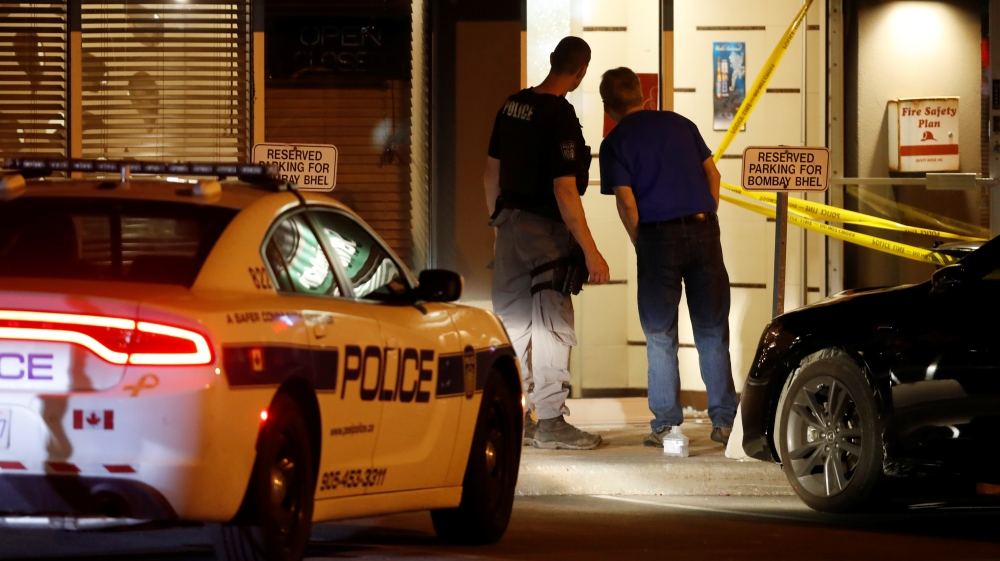 Officials said three Indian-Canadians suffered critical injuries and were taken to the hospital while the remaining 12 victims suffered what Evans described as minor and superficial injuries.

Police later updated the condition of the three critically injured patients to stable. The ages of the injured range from 23 to 69.

Children under 10 years old were inside the restaurant at the time of the explosion but were not harmed.

The explosion happened just after 10:30 pm local time (02:30GMT) on Thursday, and the plaza where the restaurant is located was still sealed off on Friday.

Video footage and images of the aftermath showed victims being escorted in wheelchairs and stretchers to waiting ambulances, or limping out of the restaurant, bleeding from wounds caused by flying glass, as red and blue emergency lights lit up the night.

Rafael Conceicao, a student from Sao Paulo, Brazil, was near the restaurant when the explosion occurred. He said there was a child’s birthday party inside the restaurant at the time.

“Glass was broken in the street … Everything was destroyed. Lots of blood in the floor. Many people were screaming. They were trying to run out from the restaurant,” he told The Associated Press news agency.

Bonnie Crombie, Mississauga’s mayor, said she was thankful there were no fatalities.

“This is a heinous crime,” Crombie said. “This is not the Mississauga that I know.”

The attack comes a month after a white man drove a van into a crowd of pedestrians at high speed in Canada’s largest city, Toronto, killing 10 people and wounding 15 others.

The accused 25-year-old driver, who police said acted deliberately, was arrested shortly after the incident.