The deadly stabbing of an 18-year-old Barnard College student in a park near campus jarred New York City, where residents, especially those in Manhattan, worried that it was a throwback to an era when violent street crime was far more common.

Then on Friday came more unsettling news: A 13-year-old boy was arrested and charged in connection with the murder of the student, Tessa Majors.

According to law enforcement officials, the boy was part of a group that attempted to rob the Ms. Majors as she was walking through Morningside Park in Upper Manhattan. She was killed in a struggle with them.

Investigators do not believe that the boy under arrest, who has not been identified, stabbed her. But after he was taken into custody, he implicated himself in the attack in statements to the police, one law enforcement official said.

His statements led investigators to two other suspects, who are believed to be 14 years old, another official said.

One of the suspects was detained and interviewed, and it was unclear whether he would be charged, the official said. The other is believed to be the person who stabbed Ms. Majors and is still being sought.

The 13-year-old, who lives in Harlem and is 5 feet 5 inches tall, was charged with second-degree felony murder, robbery and criminal possession of a weapon, the official said.

Under New York State law, minors charged with certain violent felonies can be tried as adults, but the official said the boy would be treated as a juvenile and prosecuted in family court.

That is because he is being charged with felony murder, meaning that he is not accused of stabbing the woman but taking part in another crime — in this instance, robbery — during which Ms. Majors was killed.

The 13-year-old was expected to be arraigned on Friday afternoon, officials said.

The seemingly random killing of Ms. Majors, a first-year college student from Virginia who was interested in journalism and played in a rock band, rattled university students and other city residents.

Ms. Majors was walking in the park when she was approached by people near West 116th Street and Morningside Drive, said Rodney Harrison, the Police Department’s chief of detectives, on Thursday.

There was a struggle, and one of the assailants pulled out a knife and stabbed Ms. Majors several times, Chief Harrison said. The attackers then fled, and Ms. Majors staggered up a flight of stairs, out of the park and onto the street, where a campus security guard found her.

Ms. Majors was taken to Mount Sinai St. Luke’s hospital, where she died from her injuries, Chief Harrison said.

A folding knife with a blade roughly four inches long was recovered near the scene and was being tested for DNA and fingerprints, a law enforcement official said. 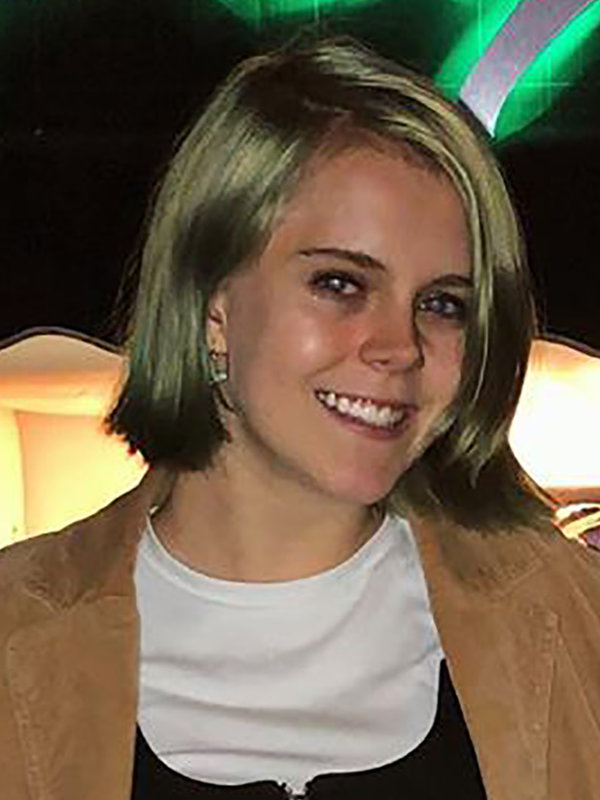 “We are devastated by the senseless loss of our beautiful and talented Tess,” her family said in a statement on Friday. “We are thankful for the incredible outpouring of love and support we have received from across the country.”

Ms. Majors grew up in Charlottesville, Va., and had just moved to New York for college. She spent her weekends singing and playing punk rock.

She and her band, Patient 0, had just put out their first album in the fall, and they had played their first New York City concert in October.

Her father, Robert Inman Majors, who goes by his middle name, is a novelist and teaches creative writing at James Madison University in Virginia.

The park where Ms. Majors was stabbed, near the campuses of Barnard College and Columbia University, is in a precinct in Harlem that has grown safer over the years, with major crimes declining dramatically there over the last 20 years, according to police data.

But residents have raised concerns about persistent crime in Morningside Park, even as the neighborhood around it improved, and playgrounds and ball fields replaced patches that were once strewn with crack vials.

Earlier this year, several people reported that they had been approached from behind in the park and punched by young people.

As of Dec. 8, there had been 20 robberies inside Morningside Park or on its perimeter this year, compared to seven in the same period last year.

Since June, five people have reported being robbed on or near the staircase at 116th Street and Morningside Drive, near the location where Ms. Majors was stabbed. Recently, the police said, several teenagers had been arrested in a pattern of robberies in the area.

Coronavirus: All CERB claims to be approved, feds will check eligibility later

US extends 'no sail order' for all cruise ships