Home » Americas » Black New Yorkers Are Twice as Likely to Be Stopped by the Police, Data Shows

Black New Yorkers Are Twice as Likely to Be Stopped by the Police, Data Shows

When Bill de Blasio first ran for mayor in 2013, he promised that under his administration New York City police officers would patrol residents less aggressively than in the past, especially in predominately Black and Hispanic neighborhoods.

Five years later, with the help of the police, the City Council and the city’s district attorneys, Mr. de Blasio managed to reduce the total number of arrests, criminal summonses and pedestrian stops by more than 500 percent. At the same time, the city’s crime rate fell to lows not seen since the 1950s.

One thing did not change, however, according to a report released this week by the Data Collaborative for Justice at John Jay College of Criminal Justice: Black neighborhoods continued to be policed at a higher rate than white ones. 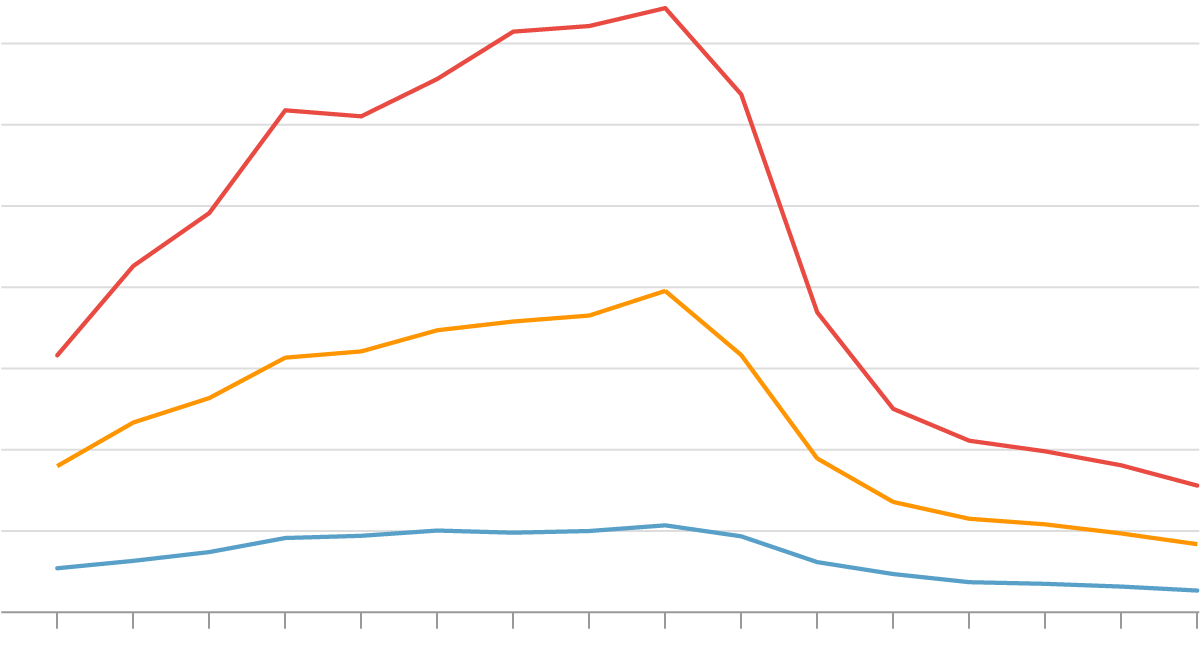 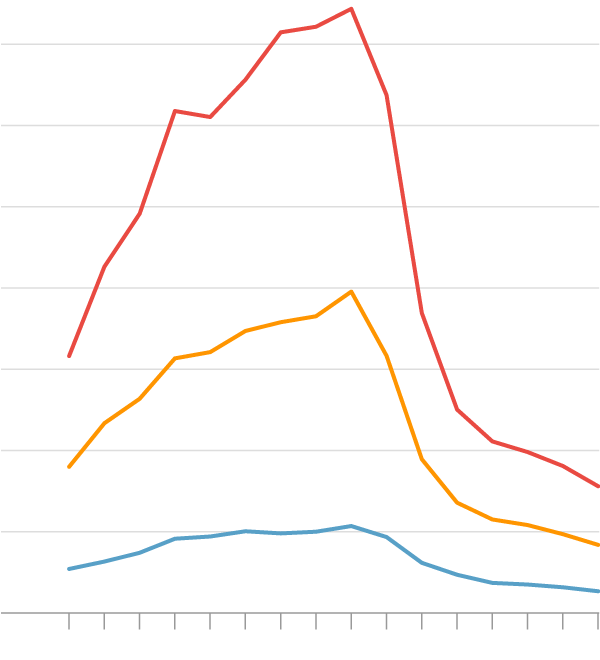 Though overall enforcement started dropping in 2011 — near the end of Mayor Michael R. Bloomberg’s final term — and kept falling sharply during Mr. de Blasio’s first five years in office, Black New Yorkers were still arrested and stopped at nearly twice the rate of the average city resident, the new report said. White New Yorkers were arrested and stopped at about only a third of the average rate.

“Despite significant efforts to shrink the footprint of the criminal justice system, we still see these racial disparities,” said Erica Bond, the data center’s policy director.

Police officials have long maintained that racial disparities in enforcement are a consequence of the higher volume of 911 and 311 calls in the city’s low-income neighborhoods rather than bias. More officers are deployed to those areas in response to complaints, driving up arrests, they have said.

The report’s findings come as New York, like other cities across the country, is struggling with a sharp rise in violent crime and with calls to redefine the role of the police in the wake of George Floyd’s death at the hands of officers in Minneapolis.

They also have emerged at an exceptionally fraught political moment, when the New York City police and city leaders have found themselves trying to account for a disturbing rise in gun violence over the summer.

That debate has only intensified as President Trump and his allies in the local police unions have blamed the spike in shootings on failed liberal attempts to rein in the police, and as some city Democrats have accused the police of engaging in a slowdown and backing off on enforcement.

The study’s results appear to confirm as well that predominately Black communities, experience an unequal share of police killings and more frequent contact with the police in general.

The new report sidestepped the question of why Black New Yorkers were still being stopped and arrested at the same unequal rate as they were under Mr. Bloomberg. As first a Republican and then a registered independent, Mr. Bloomberg oversaw a “stop-and-frisk” program under which the police searched people for weapons and contraband in high-crime neighborhoods.

“There’s not going to be a single answer,” Ms. Bond said.

Less than a month after taking office, Mr. de Blasio, a Democrat, announced that he was ending the city’s long legal battle over the Police Department’s practice of stopping and often frisking people on the street, a tactic that a federal judge had ruled in 2013 was racially biased.

Settling the lawsuit was just one move in a broader effort to rein in the more aggressive tactics the police had practiced under Mr. Bloomberg and his Republican predecessor, Rudolph W. Giuliani.

In 2014, William J. Bratton, then the city’s police commissioner, ordered officers, with some exceptions, to start issuing criminal summonses instead of making arrests for people caught with marijuana.

Two years later, the City Council passed the Criminal Justice Reform Act, which moved several quality of life offenses, like littering, public urination and open-container violations, from the criminal to the civil courts.

In 2018, the district attorneys in Brooklyn and Manhattan laid out plans to stop prosecuting most people arrested on marijuana charges, which had historically been enforced most heavily against Black and Hispanic residents.

These policies had a drastic effect. In 2011, the total number of arrests, criminal summonses and pedestrian stops by the police reached a high point of nearly 1.5 million. But by 2018, those enforcement actions dropped more than fivefold to less than 292,700 — even as crime rates also fell.

Pedestrian stops saw the steepest decline, the new study found, falling by 98 percent from 2011 to 2018. Criminal summonses decreased by 83 percent in the same period. The study determined that misdemeanor arrests came down by nearly half in those years and felony arrests decreased by 13 percent.

Even after years of the police using a lighter approach, the study found that Black New Yorkers were still nearly six times more likely to be stopped or arrested in 2018 than white New Yorkers were. And the ratio has not changed in more than a decade, according to the report. In 2003, Mr. Bloomberg’s second year in office, it was exactly the same.

“We’ve seen really great progress, but the status quo is never good enough,” said Bill Neidhardt, a spokesman for Mr. de Blasio. “There is clearly work to do and we’re not going to be shy about it.”

For some Black New Yorkers, the likelihood of being stopped or arrested had actually gone up, the study found.

“Everything is different about policing in communities of color, and it always has been,” said Delores Jones-Brown, a visiting professor of criminal justice at Howard University. “Black people, especially young people, don’t get to enjoy public space in same way whites do.”

Police officials did not respond to requests for comment on the report, but the Police Department has long insisted that it deploys its officers in response to requests for help: Police activity, senior officials have said, is principally driven by 911 and 311 calls, not racial bias.

“It’s the nature of police assignments that you put the bulk of your cops on the dots — the hot spots, if you will,” Mr. Bratton, the former commissioner, said in an interview. “Those hot spots are based on call workloads and complaints, and there are a much larger proportion of them in poor minority neighborhoods.”

Mr. Bratton added that while more people might be getting stopped or arrested in Black neighborhoods than in white ones, more victims of crime in those places were also being helped by the police. “It’s Policing 101,” he said. “You put cops where things are happening that you’re trying to prevent.”

Ms. Jones-Brown, however, said the greater attention Black neighborhoods received from the police could not solely be attributed to more crimes being committed in those places. The federal judge who ruled in the stop-and-frisk case, she noted, found that the majority of the pedestrian stops in those neighborhoods never turned up evidence of a crime.

“Even with the drop in enforcement, some officers are still being cued into Black males as targets,” she said. “Black kids in particular are often treated as a target group, not as individuals.”

Preeti Chauhan, the data center’s director, said that to better understand the racial disparities, researchers would need more data about how the Police Department deploys its officers and how many stops and arrests are “discretionary” as opposed to responses to calls for service. But the study her group released did not include that analysis.

Richard Aborn, the president of the nonprofit Citizens Crime Commission of New York City, said there was no simple answer to why Black neighborhoods were more heavily policed, but racial bias could not be ruled out as a factor.

“The majority of calls for service do come from communities of color,” he said. “But I think there’s a secondary response, which is that there is implicit bias in policing like there is in every other part of life.

“It’s very hard to measure how that plays out in enforcement activity,” Mr. Aborn added, “but I don’t deny that it exists.”