Recent announcements by the governors of Texas and Mississippi have health officials pleading for Americans to continue social distancing and mask-wearing. 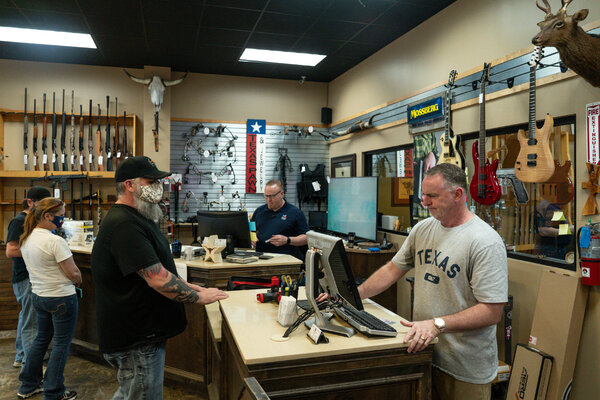 HOUSTON — President Biden on Wednesday strongly criticized the decisions by the governors of Texas and Mississippi to lift statewide mask mandates, calling the plans “a big mistake” that reflected “Neanderthal thinking,” as his administration tries to manage the pandemic while state leaders set their own plans.

The president said it was critical for public officials to follow the guidance of doctors and public health leaders as the coronavirus vaccination campaign gains momentum.

“Wear a mask and stay socially distanced,” he added. “And I know you all know that. I wish the heck some of our elected officials knew it.”

The sudden announcement on Tuesday by Gov. Greg Abbott of Texas that he would lift a statewide mask requirement and allow all businesses to operate at full capacity was a surprising development in a state where vaccinations considerably trail the national average, more than 7,000 new cases are being reported a day and, in recent weeks, ominous variants of the virus have appeared. 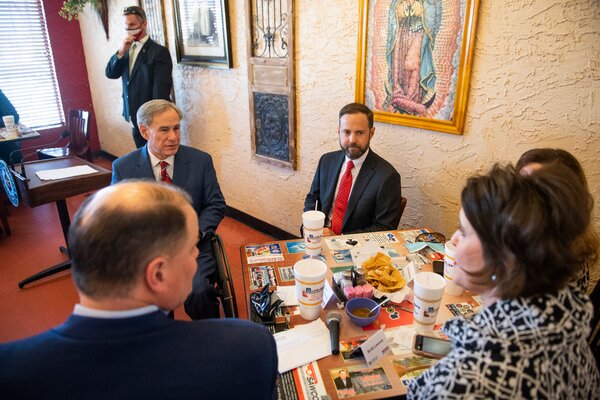 The decision by Mr. Abbott, a Republican, frustrated public health experts and a range of city officials, coming two weeks after a large winter storm collapsed the state’s power grid and left millions of Texans without power or water, potentially fueling the spread of disease.

Still, the move was welcomed by some Texans, particularly those whose livelihoods and businesses have suffered over the past year. “I’m proud to be Texan and this is the first step to bring Texas back,” said Amber Rodriguez, 32, who owns an air-conditioning company in Houston.

Kendall Czech, 26, a leasing agent who moved to Dallas last summer from California in part because of that state’s strict Covid-19 restrictions, agreed. “I think that the governor just gained some guts.”

But for many other Texans, the announcement, framed as long-awaited relief after an exhausting stretch of isolation and hardship, was anything but reassuring for a state that has recorded more than 44,000 deaths and nearly 2.7 million cases. If anything, some said, it would only prolong the misery.