3 people and 2 dogs rescued after jumping off burning yacht 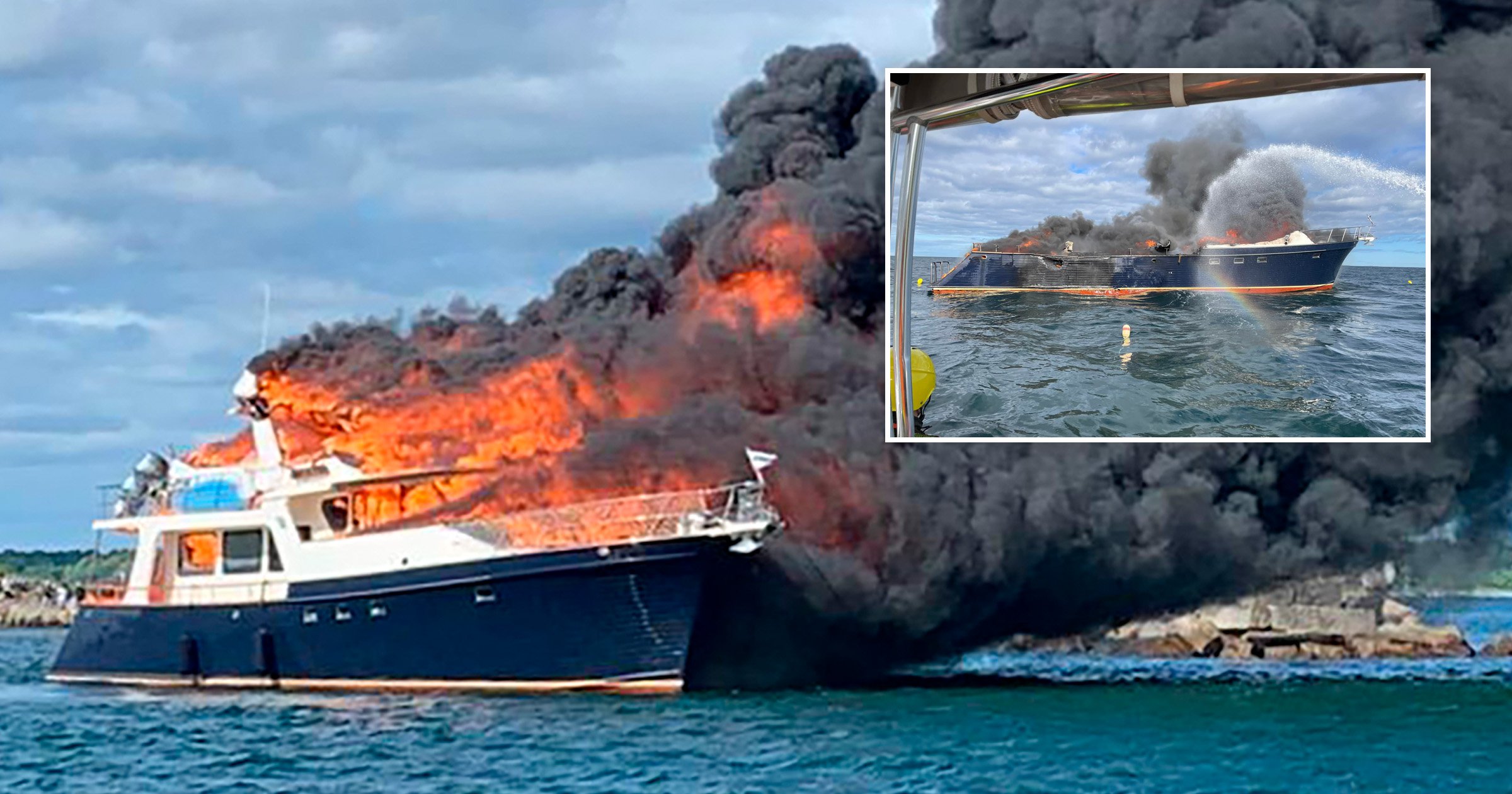 Three people and two dogs were rescued from a burning 70-foot-long yacht off the coast of New Hampshire on Saturday.

The ship, named the Elusive, was in the Piscataqua River near Portsmouth, New Hampshire, when it went up in flames around 4pm.

‘Whatever happened on the boat happened fast, and they had to jump in the water,’ Portsmouth Fire Chief Todd Germain said, according to USA Today.

The three people aboard the vessel were headed to a marina when they noticed black smoke coming from below the deck, the New Hampshire Department of Safety said.

Within minutes, the smoke filled the deck, prompting the three passengers and their two family dogs to jump overboard.

According to Marine Patrol, ‘a passenger noticed black smoke below deck’ and ‘within minutes the boat completely filled with smoke,’ causing the three people and two dogs to jump overboard.

The three boaters, identified as Arthur Watson, 67, and Diane Watson, 57, of Connecticut and Jarrod Tubbs, 33, of Florida, and their dogs were rescued by a Good Samaritan on another private boat.

The three sustained minor injuries and mild cases of hypothermia. After other boaters helped the trio get to shore, they were transported to an area hospital, where they received treatment and were later released.

Both of the family’s golden doodle dogs were rescued by Marine Patrol and reportedly in good condition as of Sunday.

According to State Police, the boat had floated out of the harbor and caught caught in the outgoing tide in the early evening hours. The police department’s Marine Patrol division and the Coast Guard responded within minutes, yet law enforcement was still unable to save the boat.

Within two hours of the initial call for help, the yacht had drifted across the state line off the coast of Maine and submerged under water.

The cause of the fire has not been determined.