Weather: Mixed sun and clouds. High in the mid-60s.

Alternate-side parking: In effect until Nov. 1 (All Saints’ Day). 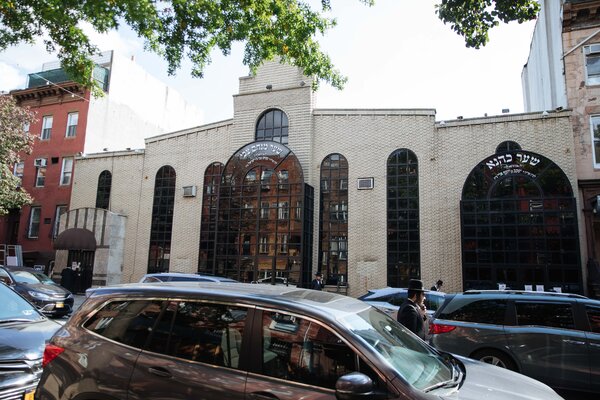 A wedding on Monday in Brooklyn could have brought up to 10,000 guests together near a New York coronavirus hot spot, state officials said.

So this weekend, the authorities moved to shut down the wedding of a grandson of the rabbi of an ultra-Orthodox synagogue, with Gov. Andrew M. Cuomo warning that the gathering could become a superspreader event in a city already struggling to maintain control over the spread of the virus.

But the move is yet another episode in brewing tensions between the governor and the Hasidic community over the authorities’ response to the pandemic. On Sunday, the secretary of the synagogue, the Congregation Yetev Lev D’Satmar, accused state officials of “unwarranted attacks” on the wedding.

The wedding will still take place but will be limited to a smaller group of family members, the synagogue said. “It’s sad that nobody verified our plans before attacking us,” Chaim Jacobowitz, the congregation’s secretary, said in a statement.

[The state health commissioner personally intervened to have sheriff’s deputies deliver the order to the Hasidic synagogue.]

Despite weeks of maintaining a low infection rate, New York City in mid-August began seeing clusters pop up in neighborhoods in Brooklyn and Queens, several of which included Orthodox Jewish communities.

Can Trump pardon himself? A look at the concept of presidential pardon in US