Home » Africa » The Pilgrimage Must Go On: Senegal Holds Festival That Could Draw Millions

The Pilgrimage Must Go On: Senegal Holds Festival That Could Draw Millions

Pilgrims from across the West African country flocked to the holy city of Touba, where they slept, ate and prayed together for the Magal religious festival — despite coronavirus concerns. 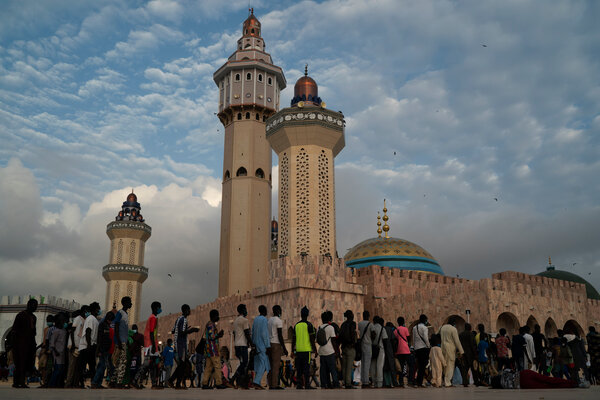 DAKAR, Senegal — All roads to the holy city of Touba were bumper-to-bumper. Buses packed with pilgrims inched along, their roofs piled high with foam mattresses. Tollbooth attendants smiled in greeting and held out ungloved hands for change, all day long.

Many people wore masks. Many did not.

Huge throngs of people traveled in recent days to Touba, 120 miles west of Senegal’s capital of Dakar, for West Africa’s largest religious gathering — the Magal — which commemorates the exile of a Muslim spiritual leader.

It is expected to be one of the biggest events to be held anywhere in the world since the start of the coronavirus pandemic. In a typical year, as many as four or five million attend the Magal, though no estimates were yet available this year.

The leader of the Mourides, the Muslim sect that organizes the event, issued the annual call for pilgrims to come, despite the pandemic. The government of Senegal, which has been heaped with praise for its handling of the outbreak, did not try to ban it. And the levels of traffic suggested that most people were going ahead, despite the risks.

One of the beauties of the Magal, in normal years, is its emphasis on community and hospitality. Pilgrims do not book hotel rooms: Touba’s residents open up their homes and travelers bed down, many to each room. Lunch and dinner, in the Senegalese tradition, are usually eaten off a communal plate.

“My family lives in Touba. I host a lot of people at home. That’s why I couldn’t stay in Dakar,” said Serigne Diop, a 31-year-old mechanic who spoke by phone from Touba. He said he was surrounded by people not wearing masks and took an overcrowded bus from the capital to get there.

Many government ministers and dignitaries joined the pilgrimage too. The event is officially taking place on Tuesday but lasts about a week. 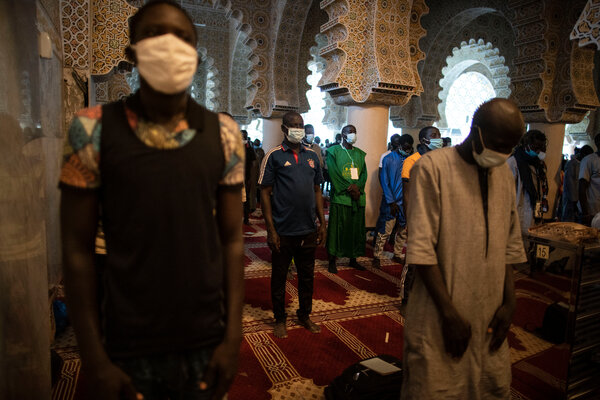 It has already been well documented that Magal pilgrims are particularly susceptible to viruses, because of the event’s inherent lack of social distancing. A study released last year showed that the prevalence of respiratory tract infection symptoms among pilgrims increased fivefold following the pilgrimage.

This year, the authors of that study released a letter warning older people and those with chronic medical conditions to stay away from the Magal, and urged those who attended to wear masks and wash hands.