NAIROBI, Kenya — In a highly contentious move, Somalia’s president has extended his own term in office by two years, drawing condemnation from the United States and other allies who viewed the move as a naked power grab and feared it could upend faltering efforts to establish a functioning state and defeat the insurgency by the extremist group Al Shabab.

President Mohamed Abdullahi Mohamed, a one-time American citizen popularly known as Farmaajo, announced that he signed the law extending his mandate early Wednesday, two days after it was approved by a majority of Somalia’s Parliament amid accusations that the president’s office had engineered the vote.

The move represented a worst-case scenario for United Nations and Western officials, who had been shuttling for months between Mr. Mohamed and Somali regional leaders locked in a bitter dispute over when and how to hold parliamentary and presidential elections that were scheduled to take place by early February.

The United States, which has given billions of dollars in aid to Somalia and conducted numerous airstrikes and military raids against Al Shabab, had privately threatened Mr. Mohamed and his top officials with sanctions and visa restrictions if he disregarded the election time table.

The United States Secretary of State, Antony J. Blinken, went public with those threats on Tuesday in a statement warning Mr. Mohamed that any attempt to unilaterally extend his term would be firmly opposed by the United States.

“The United States is deeply disappointed by the federal government of Somalia’s decision to approve a legislative bill that extends the mandates of the president and Parliament by two years,” Mr. Blinken said.

The election process has been deadlocked since last fall when the leaders of Puntland and Jubaland, two of Somalia’s five semiautonomous federal states, first accused Mr. Mohamed of using the national intelligence agency to rig the voting system. In March, the United Nations and foreign donors pressured the two sides into talks in the capital, Mogadishu, that proved inconclusive. With Mr. Mohamed’s extension of power, those negotiations have now collapsed.

Critics say Mr. Mohamed appears to be taking his cues from the autocratic president of Eritrea, Isaias Afwerki, who has become a close ally in recent months. The two leaders regularly speak on the phone, according to several Western officials and a former senior Somali government official, and Mr. Afwerki’s military recently trained a contingent of about 3,000 Somali soldiers that were expected to return home recently.

Mr. Mohamed said the two-year extension will allow him to introduce a one-person, one-vote system — a long-held dream of Western donors eager to show progress for decades of engagement in Somalia. The country’s last election, in 2017, was held under an indirect clan-based system that was rife with corruption, and according to Somali investigators, was influenced by at least $20 million in bribes.

But critics say that Mr. Mohamed is now using the one-person, one-vote goal as an excuse to delay elections that he risks losing, and that he is taking his cues from Mr. Afwerki. 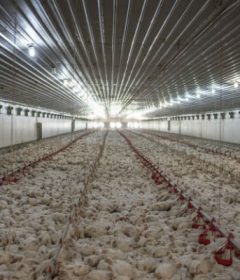 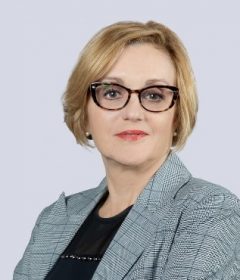