At least nine killed and many others injured as suspected al-Shabab fighters storm upmarket beachfront hotel in capital. 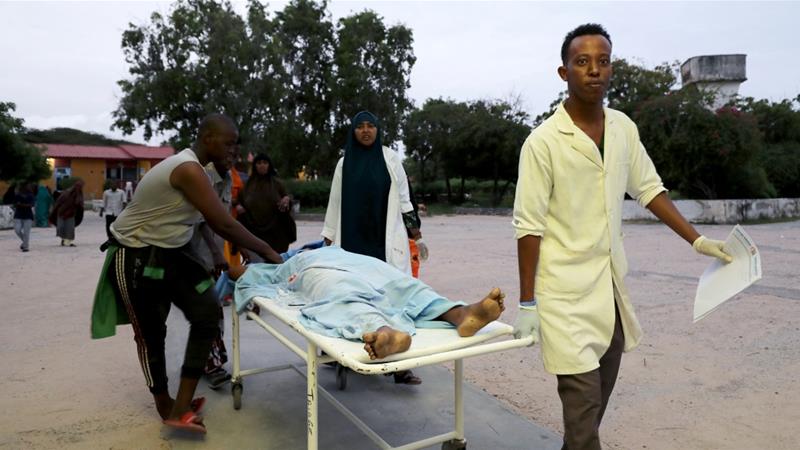 At least nine people have been killed and more than a dozen wounded in a gun and bomb attack by suspected al-Shabab fighters on an upmarket beachfront hotel in Somalia’s capital, officials and witnesses have said.

Security forces were struggling to regain control of the Elite Hotel in the Lido beach area more than an hour after the assault began on Sunday, amid fears the attackers had taken hostages.

Military vehicles could be seen taking positions around the hotel amid the darkness of night, that officials worry could prolong the siege.

Captain Mohamed Hussein told The Associated Press that the attack started with a powerful car bomb which blew off the security gates to the Elite Hotel. Then gunmen ran inside and took hostages, mostly young men and women who were dining at the hotel, he said. 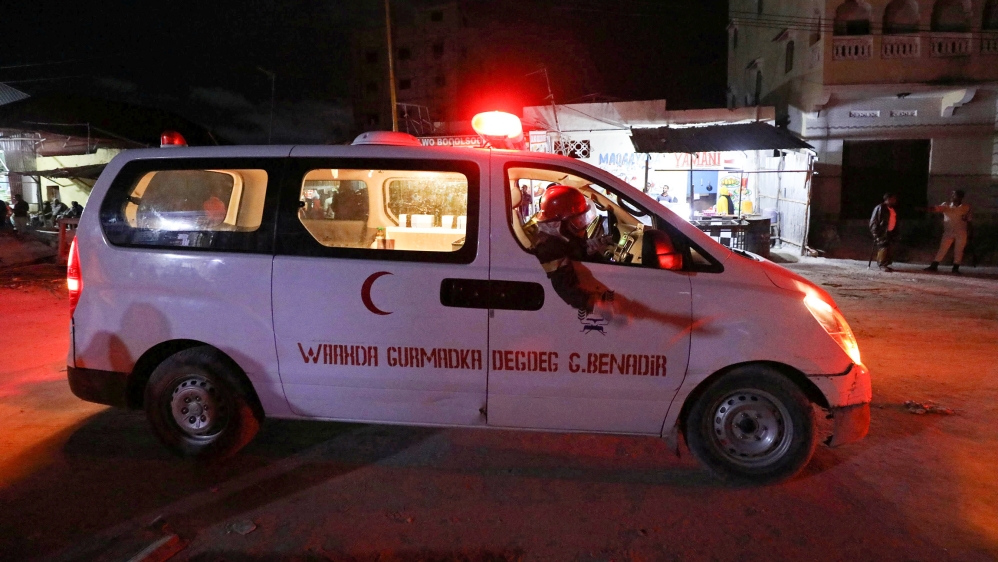 Security forces rescued more than 10 people from the siege and were trying to prevent the attackers from moving up to the top floor, he said.

Ambulance sirens could be heard in the area which has had a power outage since the attack started.

Security forces have so far shot dead two of the attackers in the hotel amid fears of hostage crisis inside the complex, said Ismail Mukhtar, spokesman of Somalia’s information ministry.

Aamin Ambulance, a Mogadishu-based private service, reported that at least 28 people were wounded.

Witnesses confirmed the attack began with a heavy explosion and reported that people were running from the area as gunfire could be heard from the hotel, which is frequented by government officials.

“The blast was very heavy and I could see smoke in the area. There is chaos and people are fleeing from nearby buildings,” said witness Ali Sayid Adan.

There was no immediate claim of responsibility for the attack, but it was similar to others carried out by the al-Shabab group, which is affiliated with al-Qaeda.

Somalia plunged into chaos after the 1991 overthrow of then-President Siad Barre’s military regime, leading to years of clan warfare followed by the rise of al-Shabab which once controlled large parts of the country and Mogadishu.

Al-Shabab was driven out of the capital in 2011, but its fighters continue to wage war against the government, carrying out regular attacks.

Last week, four al-Shabab fighters held in Mogadishu’s central prison were killed in a shootout with security forces after they reportedly managed to get their hands on weapons within the facility.