Unidentified attackers carried out car bomb attack and stole dozens of vehicles in Inates town near border with Mali. 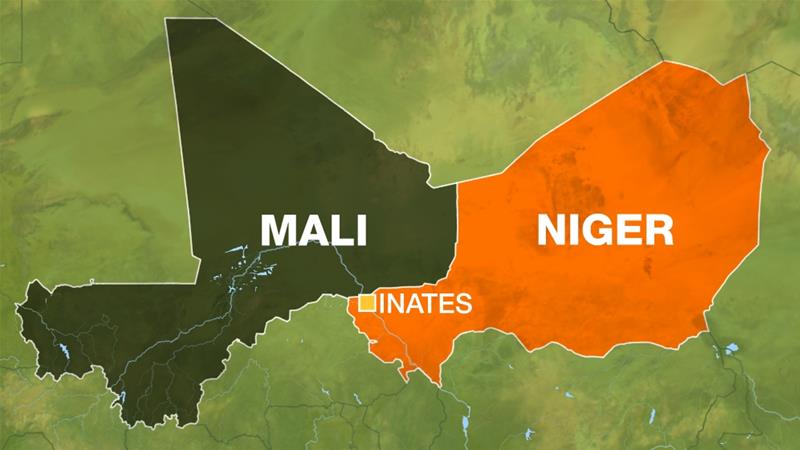 Unidentified attackers have killed 16 soldiers in a car bomb attack on a military camp in western Niger near the border with Mali, local residents and security sources said on Tuesday.

The raid occurred on Monday afternoon near the town of Inates in the same region where an ambush by the West African branch of the Islamic State of Iraq and the Levant (ISIL, also known as ISIS) armed group killed 28 soldiers in May.

Zakari Insa, the brother of one of the soldiers killed in Monday’s attack, and Souley Marou, a local villager, said that 16 soldiers had died.

Two security sources confirmed the death toll, and one of them said about a dozen vehicles had been stolen. Armed fighters have previously launched attacks using vehicles stolen in previous raids.

Niger hosts an African Union summit from July 6 to 9, less than 200km away in the capital Niamey.

In the run-up to the summit, the European Union has been training Nigerien forces to respond to armed attacks.

Security has deteriorated in recent months across West Africa’s Sahel region, a semi-arid strip of land south of the Sahara.

Fighters loyal to Adnan Abu Waleed al-Sahrawi, the ISIL leader in the Greater Sahara, operate along Mali’s border with Burkina Faso and Niger.

In 2017, they killed four members of US special forces and four Nigerien soldiers in an ambush near the village of Tongo Tongo.

The volatile region around Inates is a major base where soldiers are trained to serve in a UN peacekeeping mission in Mali.

Various armed groups operate in Niger’s west and north, while Nigeria’s Boko Haram is present in the southeast.

The country is part of the so-called G5 Sahel group set up to manage a coordinated response to the armed group.

France and the United States have deployed thousands of troops to the region.

The US has a big base for drones in the northern city of Agadez and Niger recently gave Washington permission to arm their drones.

The French also have a military base near Niamey airport and another at Madama in the north.