The new head of the World Trade Organization threw her support behind long-fruitless efforts among member countries to agree on fisheries subsidies that could reduce overfishing, calling the efforts a top priority as she took office on Monday. “I am coming into one of the most important institutions in the world and we have a lot of work to do,” said Okonjo-Iweala, 66, who is both the first woman and the first African to hold the job. “I feel ready to go.” Negotiators have been tasked with striking an agreement that could help eliminate subsidies for illegal, unreported and unregulated fishing, and prohibit some fisheries subsidies that contribute to overcapacity and overfishing. Member states of the WTO, which works to craft accords that can ensure smooth international trade, have struggled to reach an agreement on fisheries after roughly two decades of work. Okonjo-Iweala called for finalizing the negotiations “as soon as possible,” and credited Colombian ambassador Santiago Wills, who chairs the talks on fisheries subsidies, for his “really hard” work.

Mergers and Acquisitions in African Fintech 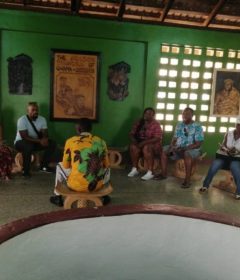 This is Not Your Run-of-the-mill African Tour