An attempt at radical transparency by the election commission, which uploaded raw ballot numbers online, led to divergent tallies. “People are so tense that they cannot even think straight.” 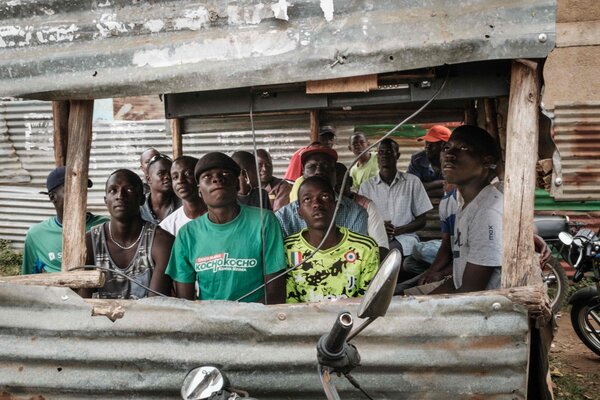 NAIROBI, Kenya — As results poured in from Kenya’s cliffhanger presidential election, patrons at a restaurant in Eldoret, 150 miles north of Nairobi, the capital, stared up at six television screens on Thursday night that were showing the competing tallies by Kenyan news media outlets.

“People are so tense,” said Kennedy Orangi, a hospital nurse brandishing two cellphones, “that they cannot even think straight.”

Then the tallies ground to a halt.

Suddenly, millions of Kenyans, who had been glued to their televisions, radios and phones since Tuesday’s vote, were in the dark about the latest results of a neck-and-neck presidential race that has gripped the country, and is being scrutinized far beyond.

On Friday, Kenyan news organizations gave various explanations for stopping their counts, including fears of hacking and a desire to “synchronize” their results.

But to many Kenyans, it seemed they got cold feet and shied away from having to declare the winner in a high-stakes political battle that pits Mr. Ruto, the country’s vice president, against Mr. Odinga, a political veteran making his fifth run for the presidency.

Now, voters have to continue their nail-biting wait. Officials say it will likely be Sunday, at the earliest, before the election commission can declare an official winner in the race — and to know whether either candidate can pass the 50 percent threshold needed to avoid a runoff.

The stakes in this election are high for Kenya, an East African powerhouse with a recent history of turbulent elections. But it also reverberates beyond, as a litmus test for democracy at a time when authoritarianism is advancing across Africa, and the globe.

“Kenya is an anchor for stability, security and democracy — not just in the region, or on this continent, but across the globe,” the embassies of the United States and 13 other Western countries said in a statement on the eve of the election.

Seared by criticism of its failings in previous votes, the national election commission went to great lengths to make this an exemplary election.

With a budget of over $370 million, one of the highest per voter costs in the world, the commission sourced printed paper ballots from Europe that had more security features than Kenya’s currency notes. It deployed biometric technology to identify voters by their fingerprints and images.

The election commission “has done a very professional job,” said Johnnie Carson, a former U.S. ambassador to Kenya who is serving as an election observer. The biometric system “worked better than many people anticipated and has proved to be a useful model to build on.”