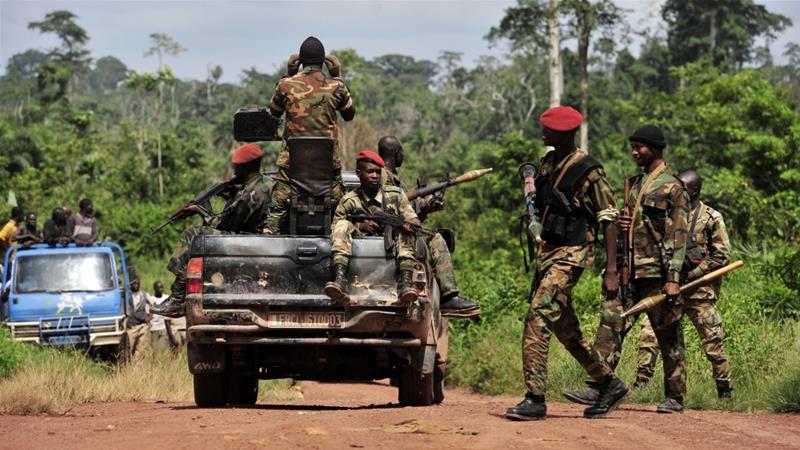 Ivory Coast says it has arrested the leader of an armed group that last week carried out a deadly attack on a military post near the border with Burkina Faso.

“The commander of the team who led the action was taken yesterday,” Minister of Defence Hamed Bakayoko said on Monday at a military camp in the main city of Abidjan.

“We will go further as the investigation progresses. We will know who he was in contact with, who is behind it,” said Bakayoko without identifying the individual or giving further details about the capture.

His comments came during a speech honouring the victims of the pre-dawn June 11 attack, when at least 10 soldiers were killed and six others wounded after dozens of fighters assaulted the post at Kafolo, on the northeastern border with Burkina Faso.

Other sources put the death toll at 12, comprising 11 soldiers and a gendarme, and described the raid as a reprisal for a crackdown on armed groups.

Bakayoko said the authorities had carried out a “very large (number) of arrests of people directly involved” in the attack, adding that these arrests came thanks to photos retrieved from mobile phones.

The assault was the deadliest carried out in the country since gunmen from al-Qaeda’s North African branch stormed the beach resort of Grand Bassam in March 2016, killing at least 19 people.

On June 18, the Ivorian army said it had carried out a sweep in the Kafolo area and in the neighbouring Comoe National Park.

Ivory Coast shares a 550km (340 miles) border with Burkina Faso, one of the countries that have been severely affected by a worsening security situation in the Sahel

A 2012 separatist movement in Mali sparked a multilayered conflict that has spilled across the borders of Niger and Burkina Faso in recent years. The escalating violence involves an amorphous array of al-Qaeda and ISIL (ISIS)-affiliated groups and ethnic armed groups, as well as state, regional and international forces.

Security analysts have long worried the violence would also spread into the coastal states on the Gulf of Guinea, with fighters using Burkina Faso as a launching point to attack neighbours Ivory Coast, Benin, Togo and Ghana.

Skipper Charged for the Death of Suspected Pirates Off Somalia