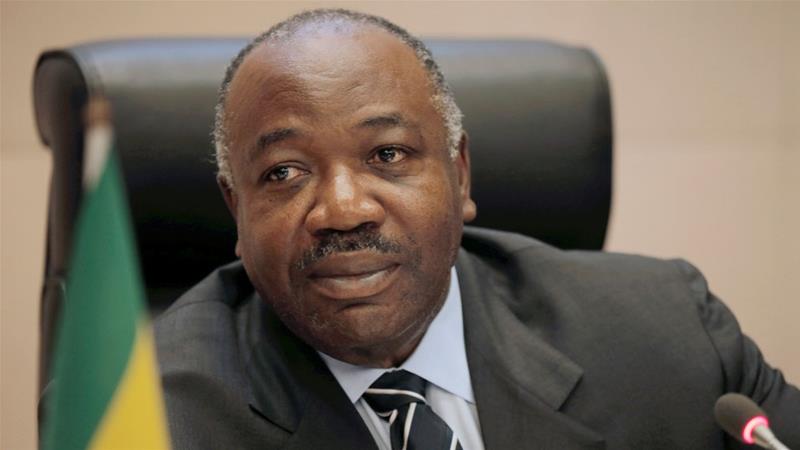 Gabonese President Ali Bongo delivered his first speech since returning to the West African country following a long absence after a stroke he suffered in October.

In the recorded speech televised on Saturday – more than two months after his return to the country following a five-month recovery in Morocco – Bongo called on his prime minister to form a new government.

Bongo, 60, sacked his vice president and forestry minister last month over a scandal involving the smuggling of precious timber.

In late February and early March, authorities uncovered and seized 392 containers with 5,000 cubic metres of illegally felled kevazingo wood, worth some $250m, in the port of Owendo.

Bongo said the new government would be “exemplary, honest and ethical”.

The speech came as Gabon marked the 10-year anniversary of the death of Bongo’s father, Omar Bongo, who ruled the country before him for 41 years.

Television images on Saturday showed Ali Bongo, his wife, and senior politicians at a mass in Omar Bongo’s memory at the presidential palace on the seafront of the capital, Libreville.

In power since 2009, Bongo suffered a stroke while attending a summit in Saudi Arabia.

After initial treatment at a hospital in Riyadh, he was transferred to Morocco and returned home after a small group of renegade soldiers briefly tried to stage a coup.

Apart from a few words on his return in late March, Bongo has not publicly addressed the oil-rich country.