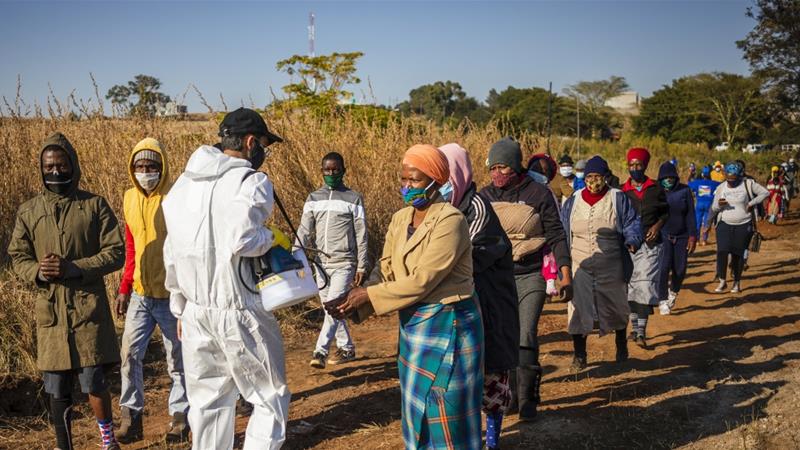 South Africa has reported its biggest single-day jump in coronavirus cases, as hospitals across the country brace for an onslaught of patients and officials warn of another strict lockdown.

More than 8,700 infections were confirmed on Thursday, taking the country’s total count to 168,061, according to health ministry data, while deaths rose by 95 to 2,844.

The surge comes as the government has allowed businesses to reopen in recent weeks to stave off economic disaster after a strict two-month stay-at-home order worsened already high unemployment and drastically increased hunger.

In Johannesburg, the largest city, officials said they were considering reimposing some restrictions to try to slow the quickening spread of the virus.

“We’re seeing a spike in infections in Johannesburg. The number of people that we are diagnosing on a daily basis now is absolutely frightening,” said Shabir Madhi, professor of vaccinology at Johannesburg’s University of the Witwatersrand, who is leading a vaccine trial in South Africa in cooperation with the United Kingdom’s University of Oxford.

“Who we are finding positive now is an indication of who will be in hospital three weeks from now,” he was quoted as saying by The Associated Press news agency.

Health Minister Zwelini Mkhize said the government could impose another strict lockdown if coronavirus infections and deaths continued to rise.

“If, in the future, there is a need for another lockdown, we will not hesitate to go that route. Right now, there is no such a decision taken,” Mkhize told broadcaster talk Radio 702 on Wednesday.

At the end of March, South Africa’s President Cyril Ramaphosa announced one of the toughest lockdowns anywhere in the world, banning anyone but essential workers from leaving home except to buy food or medicine. At the time, South Africa had recorded just 400 cases.

Sales of alcohol and cigarettes were banned, while citizens were also restricted from exercising outside their homes or going to places of worship.

The country started slowly reopening parts of the economy from May and again in June but infections have started to spike again.

On Thursday, Ramaphosa informed Parliament of his decision to extend the deployment of 20,000 soldiers, a drop from 76,000, until September 30 to help enforce coronavirus restrictions.

Ramaphosa first deployed 2,820 members of the South African National Defence Force (SANDF) a few days before enforcing the nationwide lockdown. The number was increased to 76,000 in April as the health threat grew.

To increase its hospital capacity, South Africa has converted convention centres in Cape Town and Johannesburg, built wards in huge tents, and turned a closed car manufacturing plant into a 3,300-bed treatment centre.

Meanwhile, human trials for a potential coronavirus vaccine – the first in Africa – were rolled out last week in Johannesburg. Some 2,000 volunteers are expected to take part. 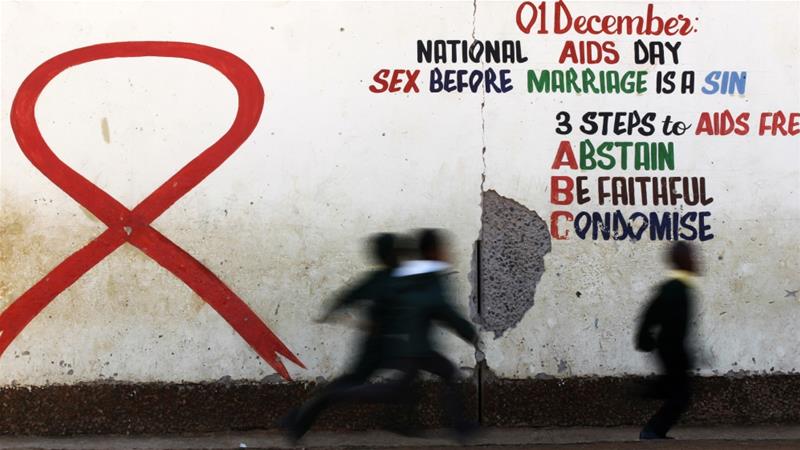 Is COVID-19 making it harder to treat other diseases in Africa?