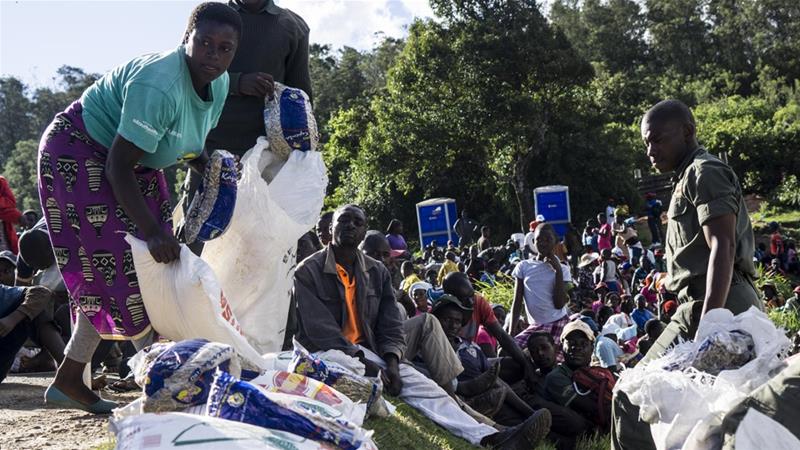 Farmers in the worst-affected villages of Chipinge and Chimanimani in Manicaland, more than 500km southeast of the capital, Harare, said the cyclone tore through the region on the eve of harvest, wiping out an already poor crop hit by an El Nino-induced drought.

Fungai Njobwe, a 52-year-old-council worker, told Al Jazeera on Thursday that strong winds and flood waters have wrecked his corn fields in the town of Chipinge. He said he had expected that crop to feed his family of six for a year.

“All our maize was destroyed and we have no hope of harvesting anything because it’s all gone,” Njobwe said. After floodwaters receded, pests had invaded the field and “are infesting the maize and eating it”, he added.

Cyclone Idai, which the United Nations described as “one of the worst weather-related catastrophes in the history of Africa”, made landfall in Mozambique on March 14, before slamming into Zimbabwe and Malawi.

Nearly 500 people have been killed and more than 600,000 displaced in hard-hit Mozambique. Malawi has reported 60 deaths.

In Zimbabwe, the storm has killed at least 185 people and left 270,000 in urgent need of humanitarian aid, according to the UN’s World Food Programme (WFP).

In February, a month before the destructive storm, the UN said more than one million people in Zimbabwe were “facing emergency levels of food insecurity” because of drought early in the year and the country’s prolonged economic crisis.

Ringson Chitsiko, Zimbabwe’s secretary for agriculture, said on Thursday that in the wake of the drought the country now only has up to seven months supply of maize. Zimbabwe needs to start importing grain now to avert shortages, he was quoted as saying by the Reuters news agency.

During a meeting of the grain industry in Harare, Chitsiko also said that the official crop assessment report for 2019 would be delayed due to the cyclone, but declined to say how much maize had been damaged by the storm. 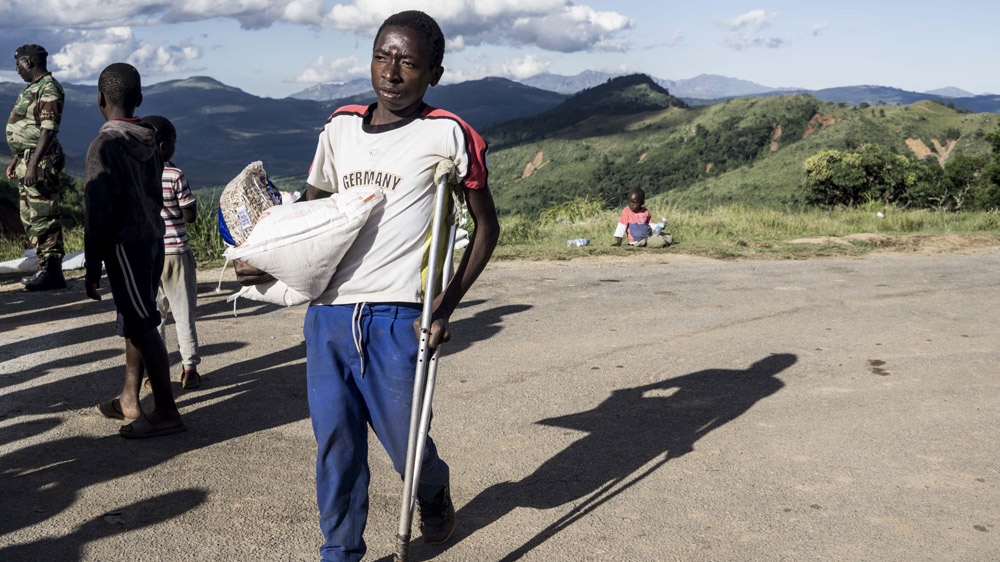 Paul Zakariya, executive director of the Zimbabwe Farmer’s Union, said the country may need to import around 900,000 metric tonnes of grain this year to cover the shortfall created by the drought and cyclone disasters.

“Farmers were already struggling due to the dry spell in the last three weeks, but whatever was left was flounced away by heavy downpours, leaving most farmers with nothing to count on. We don’t have a figure right on those affected, but grain will have to be imported to make up for the losses we are seeing,” he told the Business Times, a local news website.

However, cyclone damage to a key Mozambican port and to roads connecting landlocked Zimbabwe to Mozambique was expected to have a significant effect on food imports into the country.

‘Life is getting harder’

The destruction of farmland has also affected other livelihoods in the Chipinge and Chimanimani areas.

Lamenting the rising cost of food, Junior Zuva, 23, who sells roasted maize on the roadside in Chipinge, said her business was becoming difficult to maintain because of high prices.

“The roof of my house is gone; it went with the rain so I need to make money for a new roof. But life is just getting harder for us, the farms where we order our maize are no longer able to supply us the way they used to.

“The crop is so little now, it was broken by the rain and the small orders we can make are difficult to make because the prices have gone up,” she said.

“He must see his country, the children of this land are dying of hunger … On some days, we find maize cobs for sale, but to buy them is expensive; to buy mealie meal in the shops is also expensive – we have nowhere to start from.”

On his visit to the cyclone-hit area last week, Mnangagwa promised the government would provide the necessary food aid. At least $50m has been allocated to the emergency response, he said.

However, officials say wrecked roads were hampering the delivery of assistance to storm-affected communities. On Monday, aid agencies began sending essential supplies to Chimanimani via aeroplane. 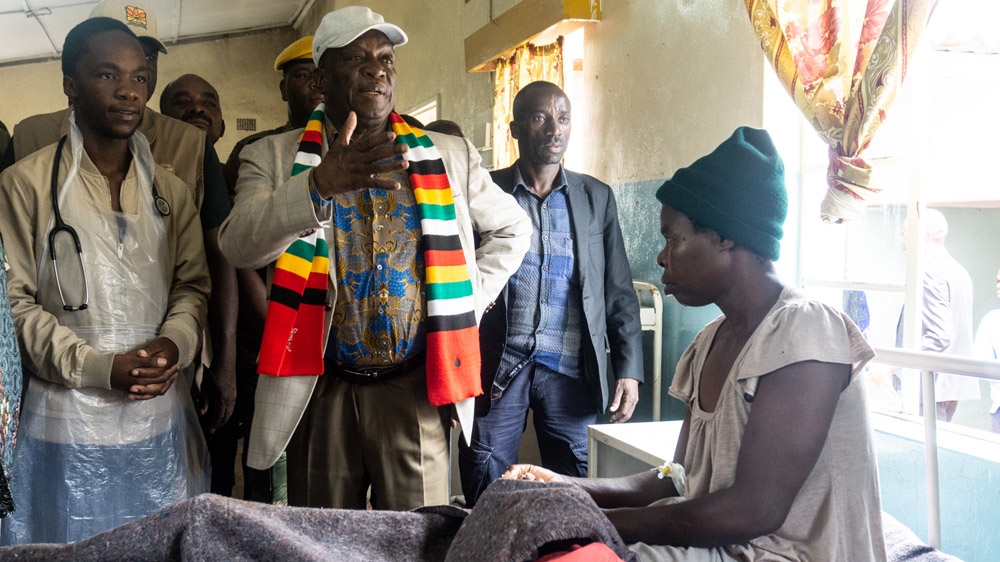 Meanwhile, rights groups and some diplomats have expressed concern over local media reports that claimed supporters of the ruling ZANU-PF party were denying some cyclone survivors emergency aid, including food, because they were believed to be opposition supporters.

Human Rights Watch on Thursday called for an investigation into “allegations of politicised and partisan aid”, while Timo Olkkonen, European Union’s ambassador to Zimbabwe, was quoted by News Day, a local news website, saying the “distribution of food must not be distorted in any way”.

However, Tendai Nyabanga, a ward councillor in the Chimanimani district, refuted the claims.

“These things don’t have politics, every person was affected, when we get to the ground we use the lists that we have with the names of households. Politics doesn’t enter into these matters,” she told News Day.