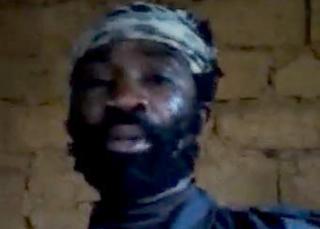 An army search operation is under way in Cameroon to rescue dozens of people kidnapped from a boarding school.

At least 79 students and three others were seized on Monday in Bamenda, the capital of the North-West region, a government official has told the BBC.

The government and English-speaking separatists have accused each other of orchestrating the kidnapping.

Cameroon’s North-West and South-West regions have been hit by a secessionist rebellion in recent years.

But English-speaking separatists are accusing the government of staging the kidnapping, as an attempt to discredit their cause.

The authorities have declared a ban on vehicles driving between most districts of the North-West region.

What do we know so far?

Militias, who have been demanding the independence of the two English-speaking regions, have called for a school boycott.

But no rebel group has said it carried out the kidnapping of the students and the principal at Bamenda’s Presbyterian Secondary School, which has pupils aged between 10 and 14.

A video of some of the children, believed to have been filmed by one of the kidnappers, is being shared on social media.

The students, all boys and crammed into a tiny room, all look nervous as the person holding the camera orders them to say their names and where they are from.

They also repeat the phrase: “I was taken from school last night by the Amba boys, I don’t know where I am.”

Amba is short for Ambazonia, the name of the new country that the separatists want to create.

One rebel group, the so-called Ambazonia Governing Council, issued a statement on social media hitting out at government “infiltrators and saboteurs” who it says are “planted… within the Ambazonia independence cause”.

Another group, MoRisc, claims the “glaring French accent” of the the man heard speaking in the alleged video of the kidnap is proof that “pro-Biya [government] gunmen are to blame”.

What are eyewitnesses saying?

One student, who managed to avoid capture by hiding under a bed, told the BBC that events unfolded quickly as the kidnappers entered the school.

“One of my friends, they beat him mercilessly. All I could think about was to just stay quiet. They threatened to shoot some people… all the big boys they rounded up, and the small ones they left them behind.”

A teacher at the school described what she saw as she entered the principal’s office after students had been taken from different dormitories.

She told the BBC gunmen “came in and went to the principal’s house where we realised that her door was bashed and entered into, the glasses are still there on the ground”.

What have the kidnappers said?

The moderator of the Presbyterian Church in Cameroon, the Right Reverend Fonki Samuel Forba told the BBC that he had spoken to the kidnappers.

“They don’t want any ransom. All they want is for us to close the schools. We have promised to close down the schools,” he told the BBC.

“We hope and pray they release the kids and the teachers,” he added.

It is not the first time students have been abducted in the area, known to be a stronghold of separatist fighters, reports the BBC’s Ngala Killian Chimtom.

On 19 October, five students of the Atiela Bilingual High School were taken by unidentified gunmen. Their whereabouts are still unknown.

The separatists say that the Cameroon school system suppresses the English-speaking system that the North-West and South-West regions inherited from the British.

How did the Anglophone crisis begin?

The militias, who want to create Ambazonia, began to emerge in 2017 after a security force crackdown on mass protests, led by lawyers and teachers, over the government’s alleged failure to give enough recognition to the English legal and education systems in the North-West and South-West. 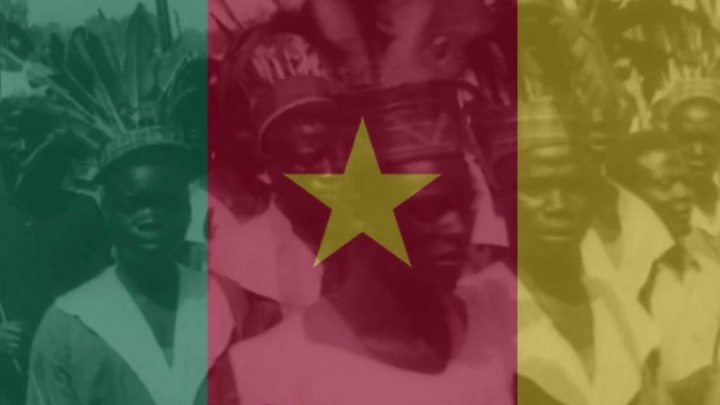 The government was accused of relying heavily on people trained in the French legal and educational tradition to work in key posts and generally marginalising Cameroon’s English-speaking minority, who make up about 20% of the population.

It is not a new grievance. Many Anglophones have long complained that their regions were being neglected and excluded from power since a referendum vote in 1972 saw Cameroon dropping its federal form to become a unitary state.

Some, including International Crisis Group, advocate considering a return to Cameroon’s earlier federal system of two states – one English-speaking, the other French-speaking.

President Paul Biya, who has been in power since 1982, was recently re-elected for a seventh term with more than 70% of the vote.

Opposition parties allege that the poll was rigged, but legal attempts to overturn the result failed.

The president was sworn in on Tuesday, which was declared a national holiday to mark the occasion.