The North Atlantic Treaty Organisation (NATO) is an intergovernment military alliance between 29 North American and European countries. The organisation implements the North Atlantic Treaty that was signed on April 4, 1949, as a system of collective defence after World War 2. In February 2014, following the Ukranian revolution that ousted Viktor Yanukovych, the Crimean Peninsula was annexed by Russia under the orders of Vladimir Putin.

Within days, unmarked forces with local militias took over the Autonomous Republic of Crimea and Sevastopol, as well as occupying several localities in Kherson Oblast on the Arabat Spit, which is geographically a part of Crimea.

The Russian President claimed he had the backing of his people and within days signed a treaty of accession with the self-declared Republic of Crimea, annexing it into the Russian Federation as two federal subjects.

Though Russia had control over the peninsula, sovereignty is disputed as Ukraine and the majority of the international community consider the annexation illegal, as was shown by the United Nations General Assembly adopting a non-binding resolution calling upon states not to recognise changes to the integrity of Ukraine.

The move also infuriated NATO, who strongly condoned it and ordered the creation of a new “spearhead” force of 5,000 troops at bases in Estonia, Lithuania, Latvia, Poland, Romania and Bulgaria, as a spread to former Soviet strongholds seemed possible. 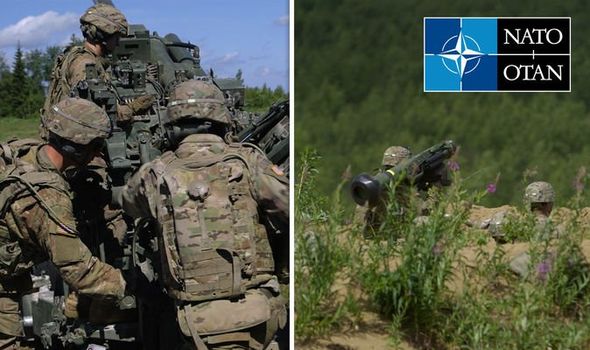 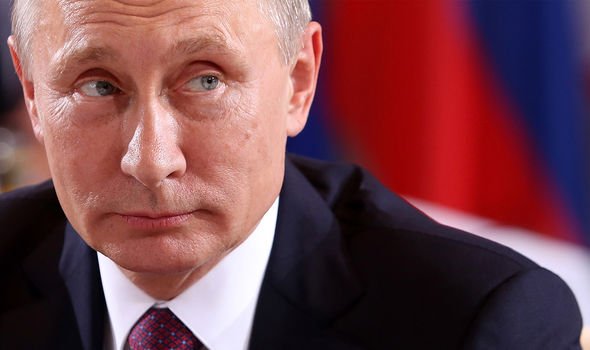 But if the prospect of war does rear its head, to what lengths would NATO member states go to defend an ally? Would the US risk war with Russia?

A year later, in 2015, Operation Saber Strike, under the orders of NATO, launched its largest military exercise ever in Estonia, it was revealed during Amazon Prime’s “Is America in Retreat?” series.

Swedish historian Johan Norberg told viewers in 2017: “This is Operation Saber Strike, an annual military exercise in the Baltic States led by the US Army.

“This year, the exercise is here in Estonia.

“Since 2010, the militaries of NATO members and partners commit time and resources to engage in a display of their military prowess, and, hopefully, project a convincing deterrent power.

“Estonia is a NATO member state so it’s entitled to the protections of Article 5 in the North Atlantic Treaty. 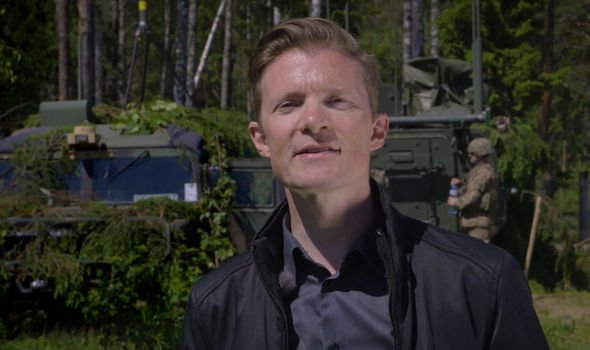 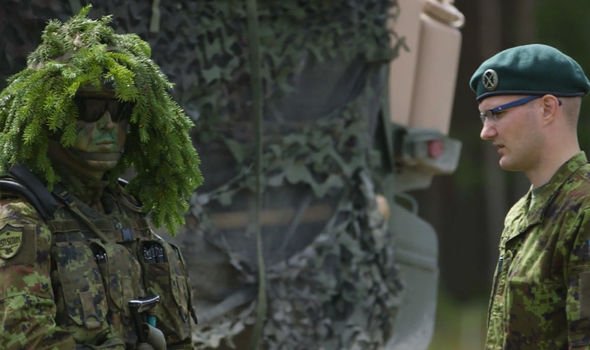 “This states that an attack on any member state guarantees a defensive response from others.

“But if the prospect of war does rear its head, to what lengths would NATO member states go to defend an ally? Would the US risk war with Russia?”

The operation took place on June 8 to 19 and included 6,000 troops from 13 countries, including Canada, Denmark, Estonia, Finland, Germany, Latvia, Lithuania, Norway, Poland, Portugal, Slovenia, the UK and the US.

However, US Ambassador to Estonia James Melville detailed how the parade was more than just a show of power to Russia. 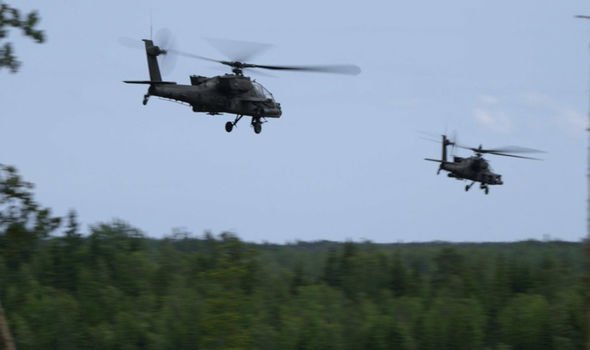 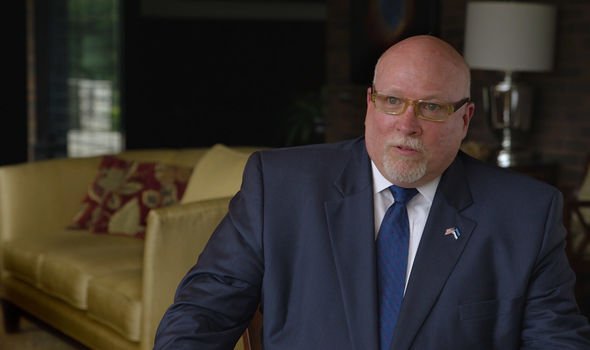 He added: “I would think that there would be tremendous confidence (that the US would back Estonia).

“The words of our leaders – going back to President Truman – have been that the United States is the guarantor along with our allies.

“The US has always had this tension between the forces that want to collaborate in the world and be involved, and those that have more isolationist tendency to mind their own business and stay at home.

“But every time that we’ve followed that inclination, situations deteriorate – it’s a lesson we learn over and over again.”