Home » World News » Woman gets nine years for strangling date, but could be out in three

A young woman who was 18 when she strangled a man she had just met after inviting him to her home has been jailed for nine years, but could be released from prison in just over three years.

Jamie Lee Dolheguy had never met Maulin Rathod in the flesh but on the night of July 23, 2018, as he travelled to her Sunbury home, she went online and searched “I will kill someone tonight I want to commit murder” and also arrived at a page that outlined "10 steps to committing a murder and getting away with it". 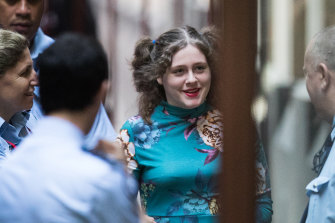 Within an hour of Mr Rathod's arrival, the pair engaged in sexual activity and agreed for Dolheguy to hold him in a choke-hold from behind on her bed. But Dolheguy never let go and whispered to Mr Rathod, "It will be OK."

She then used the cord of a sex toy to further choke him and rang police.

Dolheguy, now 21, was last year found not guilty of murder but guilty of manslaughter after a Supreme Court jury deliberated over seven days. 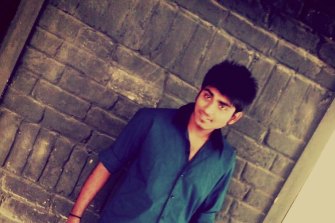 Maulin Rathod, 25, was killed by Jamie Lee Dolheguy after making contact with her on a dating app.

The trial was told there was no dispute Dolheguy killed Mr Rathod but the jury had to wrangle over whether she intended to kill.

Dolheguy had profound mental health problems and personality disorder, once believed she was a werewolf and had a history of self-harm and suicide attempts. She had run out of her medication when Mr Rathod visited.

Supreme Court Justice Peter Almond on Thursday ordered Dolheguy serve 5½ years before she is eligible for parole. With time served she could be released in about three years and three months.

At Dolheguy's trial, prosecutors argued that she intended to kill Mr Rathod to satisfy her "homicidal urgings". 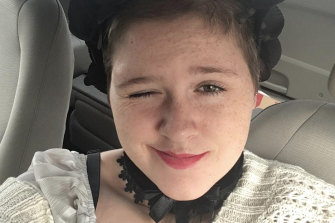 Mr Rathod initially sent her a text message that evening while Dolheguy was exchanging heated text messages with her carers, and was angry one of her carers suggested she go and get her medication after it ran out.

But Dolheguy's lawyers submitted at trial that her mental state was "chaotic" that night, illustrated by her words to a police officer on the phone: that killing Mr Rathod "feels so good" but also, "I don't want to be a killer."

Defence lawyers argued Dolheguy didn't intend for Mr Rathod to die and that she instead wanted an intervention, as she had always been saved when she previously self-harmed or attempted suicide.

Dolheguy endured a childhood of abuse and neglect, the court heard, was a ward of the state at 10, and had no family supports she could call on as an adult.

She had 24-hour care in her house in her teens but the round-the-clock care from Jesuit Social Services was scaled back five months before she killed Mr Rathod.