(FINANCIAL TIMES) – The race to find an effective vaccine appears to be on the home straight. The same cannot be said of the race to roll it out everywhere.

Preparing to present a BBC radio series titled How To Vaccinate The World, I’ve been looking at the route ahead. It is less of a marathon, more of an assault course.

So, in no particular order, here is a brief guide to some of the obstacles that remain.

Do these vaccines – of which there are more than a hundred in prospect and about a dozen in last-stage development – actually work?

The recent announcements that the Pfizer/BioNTech vaccine appears to be 95 per cent effective and the Moderna one almost the same are very encouraging and bode well for other vaccines. The good news from Pfizer may be even better than it appears – reading between the lines, some statisticians speculate that the efficacy is closer to 97 per cent.

But the fact that every nerd in the world is trying to reverse-engineer the actual numbers behind Pfizer’s press statement is cause for concern.

It’s understandable that the announcement came by a press statement rather than a peer-reviewed paper; the news was just too big to be kept secret while drafts were circulated. But more data should have been released sooner.

A vaccine is one of the most complex products in the world to produce, and the process of scaling up from tens of thousands of doses for a trial to hundreds of millions for mass vaccination is not a trivial one.

Will these vaccines make people less infectious or will they simply prevent severe illness? Either would be good, but preventing the spread of infection would be ideal. The Pfizer press statement leaves us guessing for now.

Since the Sars-CoV-2 virus accumulates in the upper respiratory tract before causing symptoms, there is a real risk that vaccines will not prevent people from spreading the virus even if they are largely immune to the disease.

Earlier in the pandemic, testing capacity was limited by the availability of suitable swabs. It’s often the simple stuff that trips us up. There were fears of a shortage of glass vials, but this was predicted and is being addressed.

But now trade publication Gasworld reports an “acute” shortage of dry ice, thanks to increased demand for food preservation this year. That’s a problem, because dry ice is also useful for keeping vaccines cold.

In a major and under-appreciated miracle, more than 85 per cent of children are now fully vaccinated against diphtheria, tetanus and pertussis. Rates of vaccination for tuberculosis, polio, hepatitis B and measles are similarly impressive.

So the cold chain needed to maintain many vaccines, which is the temperature of a beer fridge, is well established. We even have cold chains developed to support the distribution of the polio vaccine, which needs to be kept at minus 20 deg C, a temperature achievable by a domestic freezer.

But the new Pfizer/BioNTech vaccine needs to be kept at minus 70 deg C. This ultra-cold chain will not be trivial to maintain.

I don’t want to kill the mood but the advisers surrounding British Prime Minister Boris Johnson have been fighting like rats in a barrel. They seem woefully underprepared for – or perhaps indifferent to – the prospect of a no-deal Brexit on New Year’s Day.

The chemicals industry is seriously worried that cross-border transfers of pharmaceutical drugs and other chemicals will be badly disrupted. If there is a fight to allocate syringes, vials or other hitherto overlooked components in the supply chain, I worry that Britain has made few friends in the past four years.

And even if there is nothing to worry about except a queue at the border, the Pfizer vaccine is going to be manufactured in Belgium and Germany and, remember, needs to be stored at a temperature of minus 70 deg C. Calais can get cold in January but it doesn’t get that cold.

It would be nice if each vaccine were stored in a single-dose pack. A patient could stroll up to a clinic and get vaccinated at a convenient moment. But the ultra-cold chain will rely on fancy “thermal shippers” storing a thousand doses or more; each glass vial will contain five or 10 doses.

Break the seal on a big batch of vaccines and you’re going to want a large number of people coming through the door in short order.

Getting socially distanced people in the right place at the right time for their shots, especially in rural areas, may not be easy.

Most of the serious vaccine candidates require two doses. Not only do we have to figure out who is getting vaccinated when, but we need to get them back again for a second dose 21 days later. If this sounds like it shouldn’t be too much trouble for a modern healthcare system to handle, then I have an obsolete version of Microsoft Excel to sell you.

How long does immunity last? Having to vaccinate the entire planet every six months would be quite a performance. Let’s hope the vaccine works for a longer period than that, but for obvious reasons it is far too early to tell.

Yes, him. US President Donald Trump was prominent in spreading the false idea that vaccines cause autism, but last year changed his tune, urging people “to get the shots”. Would an embittered Mr Trump, eager to spite his successor and win attention for his future media or political career, become a prominent anti-vaxxer again? To ask the question is to answer it.

Don’t be depressed about this far from exhaustive list. It is a miracle that, less than a year after the virus was sequenced, we seem to have two effective vaccines and many more on the way.

I am excited and optimistic. But this story has a few twists in it yet. 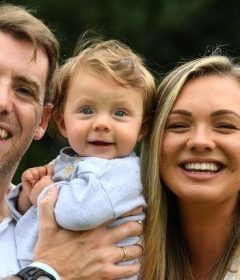