Where Libya's revolution began, many now yearn for a strong hand

BENGHAZI, Libya (Reuters) – Sitting in his cafe near the spot where the protests against Muammar Gaddafi touched off the Libyan revolution eight years ago, Miftah Atluba is not sorry the dictator has gone. 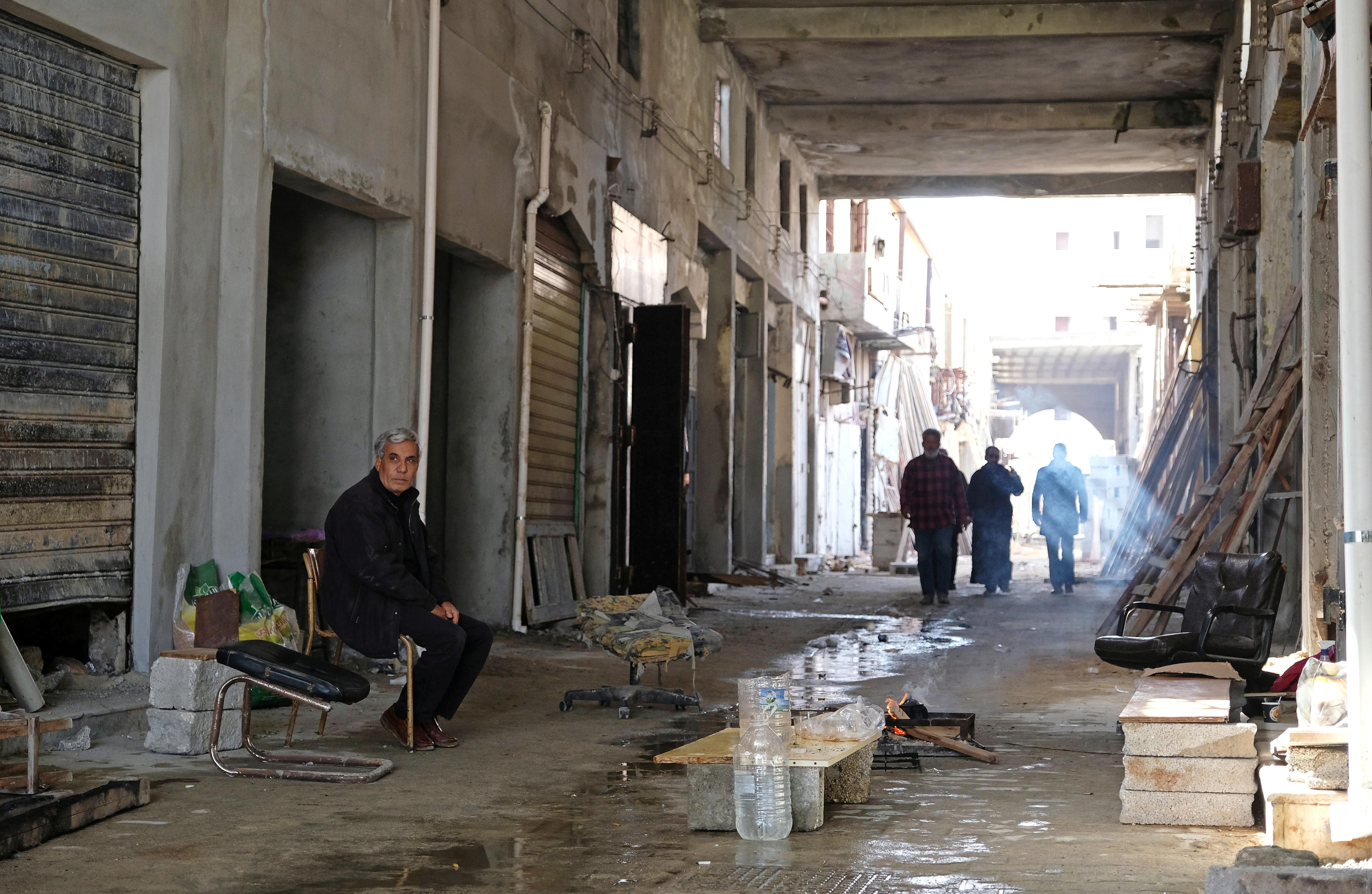 Yet like many in Benghazi, who are tired after three years of street fighting that flattened whole districts, the 45-year-old thinks it’s time to return to the old way of running things.

“Muammar needed to go but democracy hasn’t worked out in Libya,” he said, sipping coffee in one of the few buildings still standing in a city center where from 2014 to 2017 war raged between the forces of Khalifa Haftar, a general who turned against Gaddafi, and his mainly Islamist opponents.

Atluba’s cafe was damaged. But the building survived, unlike the courthouse next door where the families of political prisoners gathered to demand their release in February 2011, triggering the uprising that toppled Gaddafi.

“We’ve had chaos and terrorism. Now we need military rule to build a state,” Atluba said.

The United Nations wants to hold a national conference to prepare for elections and unite a country which sits on Africa’s largest proven oil reserves and produces just under one million barrels a day.

Currently, political control in Libya is split between rival tribes, armed groups and even administrations. The east has its own government, which is opposed to a U.N.-backed authority in Tripoli.

But the scars of war in Benghazi show the difficulties of reconciling two rival camps – former soldiers and tribesmen in eastern Libya versus Islamists and urban elites in the west.

Pictures of a somber Haftar, dressed in uniform, have adorned Benghazi’s streets since his Libyan National Army (LNA) expelled their enemies.

Many Haftar supporters see little point in reconciling with opponents, whom they call “terrorists” or “Muslim Brothers”.

That leaves limited scope for moderates who believe Libya can become a civil state without a dominant role for the military.

“In Benghazi, most people would not allow you to criticize the army because they’ve paid a price,” said Jamal Falah, an activist, referring to Haftar’s forces and the battles they fought.

Falah is trying to organize a forum for Libyans from different regions to discuss a political solution that does not involve the United Nations. He wants to include people in the east who say the U.N. is biased towards Islamists.

But many LNA supporters are skeptical about dialogue. They are more encouraged by a military offensive in the south, where Haftar has challenged the government in Tripoli by taking control of the region’s main city and biggest oilfield.

Some say the 75-year-old general should order his troops to head for Tripoli without waiting for an election.

“The army has secured the east and, thank God, with the southern offensive now also the south,” said Fawzeia al-Furjani, a business leader who is from Haftar’s tribe. “How can you hold elections in the west when you have militias in control?”

But a push to the west by Haftar seems unlikely for now as his forces are already stretched in the south. They would in any case face resistance in Tripoli and other cities in western Libya, where many are suspicious of Haftar as a new Gaddafi.

When asked about a possible offensive towards Tripoli, LNA spokesman Ahmed Mismari said only: “The army (LNA) is charge of protecting the whole of Libya.” He said the force supported the idea of elections but saw no chance of reconciliation with former anti-LNA fighters.

Benghazi was the first Libyan city to rise up, in February 2011, because Gaddafi had punished the east for disloyalty by essentially neglecting it during his 42 years in power.

While Tripoli saw two years of relative stability once Gaddafi was killed, things went downhill within months in Benghazi as rival camps began to fight.

By 2012, much of the city had poor security with al Qaeda flags at some checkpoints. The U.S ambassador was killed by Islamist militants.

Haftar assembled his old army comrades and declared war on the Islamists, a conflict he won only in November 2017.

Since then, life in Benghazi has improved. Critics say Haftar has resurrected the old police state and his supporters have seized the property of opponents who fled to western Libya, charges denied by officials. But residents enjoy late-night shopping, theaters have reopened, and fuel shortages are a thing of the past.

Benghazi is however divided over how much power should go to Haftar.

His supporters refer to him as “mushir”, or field marshal, a title granted by the eastern parliament. He is seen as a candidate for eventual presidential elections.

“I can only see Khalifa Haftar as president. He has built the state,” said Atluba, the cafe owner.

But some activists who welcomed Haftar’s military victory now want a civilian leader. They are careful to express support for the “jeish” (army), as the LNA is called, rather than for him.

“I am not ready to give up a civil state,” said a lawyer who gave his name as Essam. “For this we need an army like in any state. But it won’t have a political role.”

Residents meanwhile are testing the limits of how far they can go.

At one theater, actors tackled corruption and the decline of state services by playing Libyans who need to go to Tunisia for medical treatment but can’t get tickets as officials have bribed airport staff to board overbooked flights.

They steered clear of the military, but took a swipe at conservatives who have been backing the LNA.

When one Libyan, having finally arrived in more liberal Tunis, is chided by a fellow countryman for drinking beer, he retorts to a roar of approval from the audience: “In Tunisia, you don’t need security approval to have a drink.”

Haftar benefits from historic divisions between east and west – separate regions before Libya’s independence in 1951 – which have sharpened in recent years.

His forces depend on tribal alliances in eastern Libya. They have put out feelers to the west, where some have voiced support for Haftar, but their power base is in the east.

The LNA has also attracted supporters of a “federalist” movement, campaigning since 2011 for more power for the east, which sits on much of Libya’s oil.

The war’s destruction has created a sense of neglect in Benghazi as there is no money to rebuild. At least 10,000 apartments and other sites such as the port and university campus were damaged or destroyed, officials say.

The Tripoli-based central bank had almost $75 billion in foreign reserves but sends little cash to the eastern government, working only with the internationally recognized administration in Tripoli. 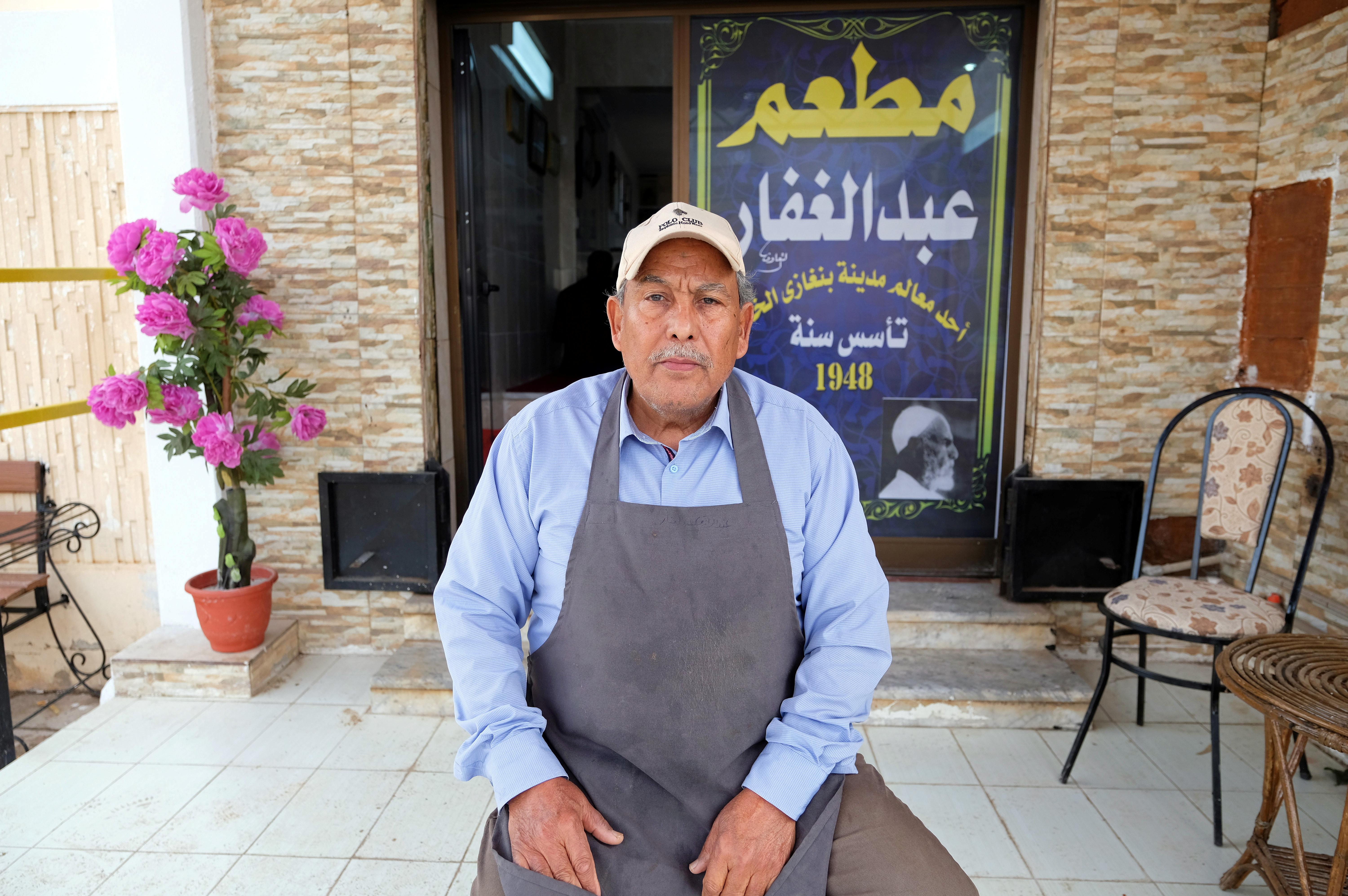 Many Benghazi residents have lost patience with politicians and look to the military to get things done.

“I refurbished my shop, which had been heavily damaged, without any help from the government,” said Anis Tajouri, who had just reopened a one-room store selling wedding dresses in Benghazi’s old market, formerly a combat zone.

He called for a strong national leader: “The democracy we’ve had since 2011 hasn’t worked out. We are a tribal society.”