Emerging star Suboi ‘pushing the limits’ as one of the few female rappers in socially conservative Vietnam. 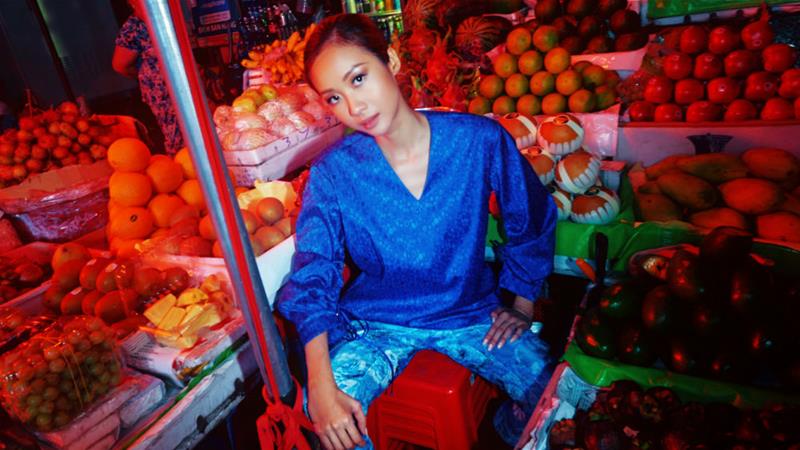 The song has resonated with disaffected young Vietnamese and can be heard on smartphones and laptop speakers from Ho Chi Minh City to the capital, Hanoi.

“Why is it nowadays a shame to be single? Why do we always have to pay when we get pulled over?” raps Suboi, 28, taking aim at traditional Vietnamese culture and petty corruption by traffic police.

The Ho Chi Minh City artist’s video has racked up more than 1.7 million views in the last three months. Not bad for a song in Vietnamese with lyrics that could be considered subversive in an increasingly restrictive online environment.

Born Hang Lam Trang Anh, Suboi’s name reflects her upbringing. “Su” is her nickname and “Boi” comes from being labelled a tomboy as a child.

Like all rappers, Suboi represents her city, still known colloquially as Saigon.

“N-sao is so fast. Exactly like the city. I went somewhere and two months later I went back and there were new buildings,” she said. “I didn’t write this song only for Saigonese. But also for the people who’ve been to Saigon, and can see how it’s changed.”

The music video has English subtitles, but even Vietnamese have a hard time understanding as Suboi spits her verses with ferocity – a change from the usual rhythmical rhyme style she became known for.

“My life has changed dramatically. I’ve tried to put all my emotions into writing new songs for this new album,” she said. “And so N-sao is the first song in a new chapter of my life.” 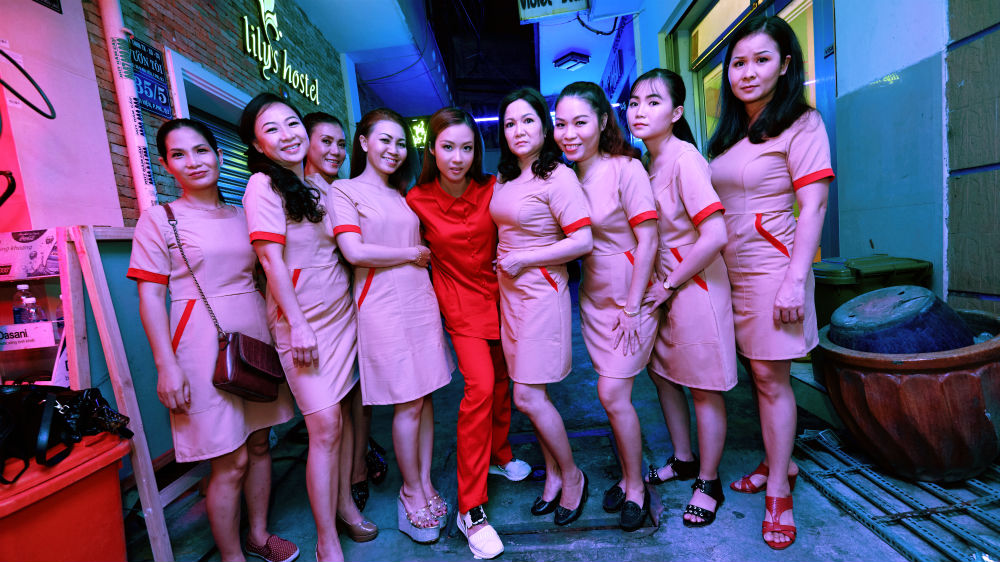 Suboi shot to international fame in 2016 when she rapped for then-US President Barack Obama during a town hall meeting on a visit to Ho Chi Minh City.

Obama even provided the beat to encourage her to perform – and followed it up with an answer on the importance of freedom of expression.

Suboi admits to crying when she heard Obama’s remarks.

“That’s the first time I understood what a town hall was. For us Vietnamese people we don’t get to talk to the authorities or whoever is in power,” she said.

“There are a lot of things we don’t know. But we know for sure that Vietnam now recognises its own voice.”

Suboi returned from a two-year hiatus to release N-sao. She spent the time focusing on her creative direction, and to briefly attend the Obama Foundation Summit in 2017.

“I feel like I’m the bridge between Vietnam and the world,” she added. “Through me, people can learn that Vietnam is not just whatever stereotype they’ve heard about it.”

Vietnam has witnessed rapid growth since the communist government opened its markets in 1986 to stave off economic collapse. Since then the one-party state has been flooded with more Western ideas, culture and, of course, music.

But no political change has taken place inside Vietnam since reunification in 1975. This lack of progress has been expressed through all forms of art.

“I think Suboi is making a lot of noise internationally for Vietnamese rap,” said Vietmax, one of the country’s first hip-hop performers.

“We don’t have many female rap emcees. All the rappers talk about themselves, how they’re struggling, and how they live. She’s doing a good job. She has some songs that talk about Vietnam.”

With more than a decade in the music industry now, Suboi has a hard time calling herself a mainstream artist. Star Academy in Ho Chi Minh City hosted an event this month discussing underground rap culture in Vietnam.

When Suboi entered the room the crowd erupted into applause and cheered when she was introduced as a guest speaker. She was the only female artist on the panel.

Many in attendance were young women – Suboi’s most ardent fans.

“In the crowd I saw a lot of girls. That’s a big change. You know it feels good to see change in Vietnam,” she said. “We’re taught to be quiet and pretty and behaved and all that shit. For me it’s about expression. Express yourself as a girl and as an artist.” 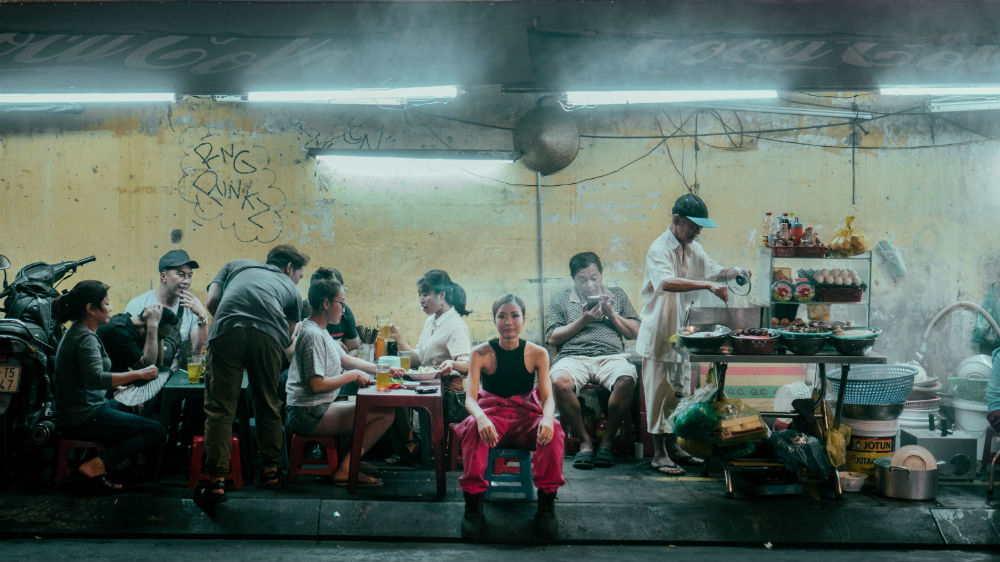 Censoring music and artistic expression in Vietnam isn’t as easy as it used to be. Getting airplay may be difficult as most television and radio are still controlled by the state, but music distribution is now done independently online.

Vietnam’s government passed a new cybersecurity law that goes into effect January 1, 2019. It will require all technology companies to hand over user data or remove content when required by the authorities.

Facebook and Google have been given one year to comply with this law.

Suboi’s influence among young Vietnamese has made many inside and outside of the country take notice.

“I think her music first came about at the time Vietnam was changing fast. Hip-hop music was starting to gain traction in society and she was one of the very first women to get attention,” said Vi Tran, co-director of Legal Initiatives for Vietnam.

“She’s used her music to really push the limits in Vietnam.”

Suboi is set to release a new single and music video in December. She expects her anticipated new album to be ready by mid-2019.

The rap star doesn’t see her songs or music videos being targeted by Vietnam’s new online policing policies set to begin next year.

“I’m not trying to be a politician,” Suboi said. “I’m not interested in all that. For me, it’s about what I’ve learned so far, and what I want to learn because I feel that I don’t know enough. I’m still learning every day.” 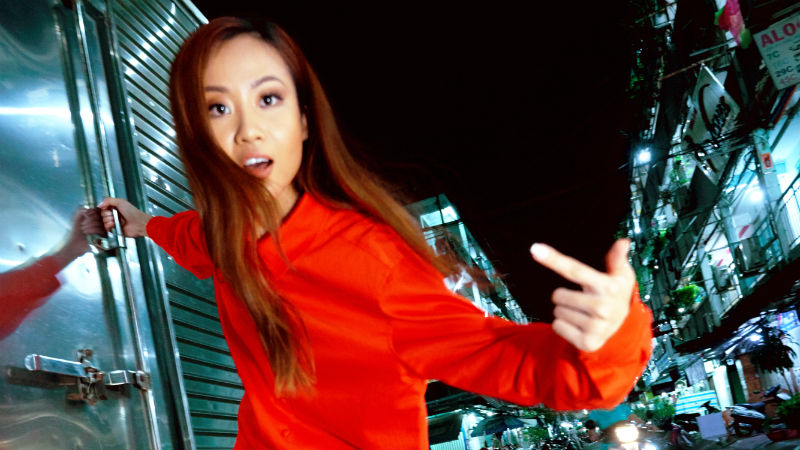