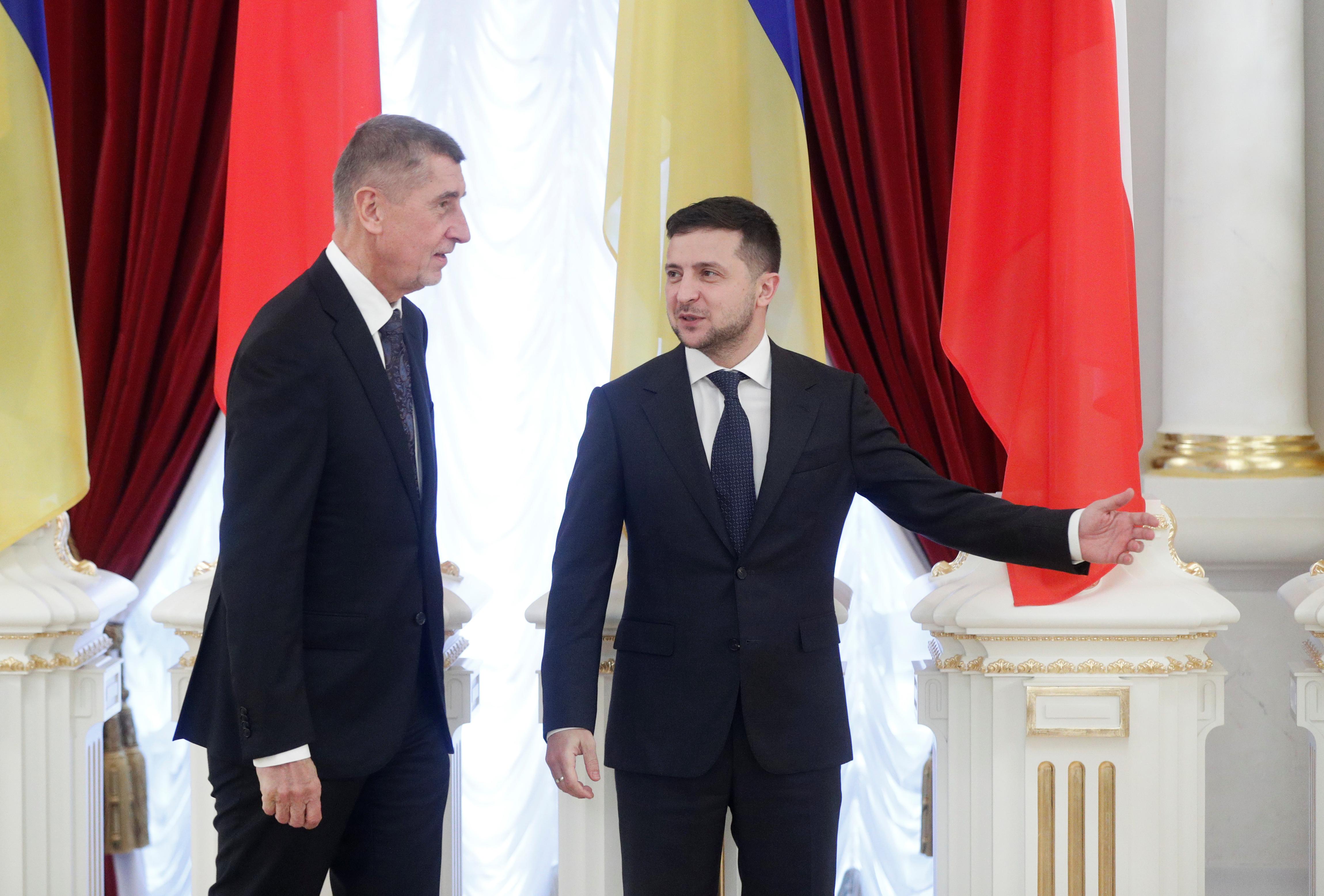 KIEV (Reuters) – Ukraine wants to negotiate a clear timeline for the return of its territories and people from Russia at a four-way summit on the Donbass conflict in December, President Volodymyr Zelenskiy told reporters on Tuesday.

Usually clean-shaven, Zelenskiy was sporting facial hair and said he would not shave until he saw with his own eyes the return of three ships captured in a skirmish with Russia last year. Russia handed back the ships on Monday.

“I would like to have results,” Zelenskiy said about the summit between Ukraine, Russia, France and Germany. “We need to agree on the return of our territories. I’m talking first about some clear timelines.”