The viral creator lost his account after posting a video mocking CNN that the president shared. 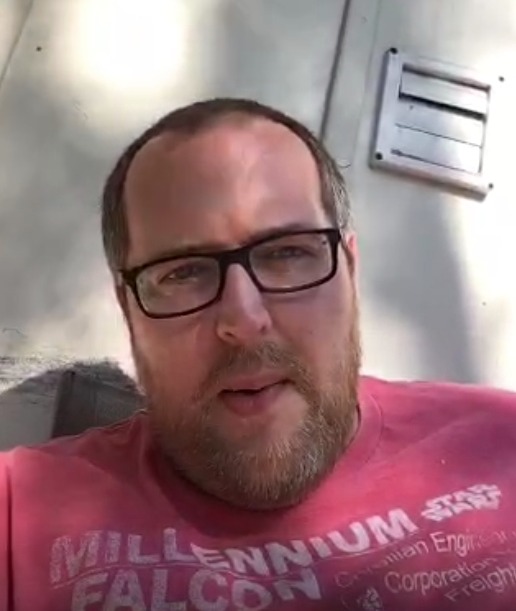 The social media outlet confirmed that his account has been permanently suspended.

"We respond to valid copyright complaints sent to us by a copyright owner or their authorized representatives. The account was permanently suspended for repeated violations of this policy," a spokesperson for Twitter told Fox News.

After he was suspended, Carpe Donktum posted a statement to his website claiming that he has no "avenue" to get his account back.

"Twitter has not provided me with any avenue to get my account back, so I assume they intend this to be final and permanent.

"I have ALWAYS complied with DMCA [Digital Millennium Copyright Act] takedown rules, and I have submitted counterclaims when necessary, but I have NEVER uploaded content that has been removed.

"I have abided by the community guidlines, and followed the rules. It doesn't matter. I have been banned for being effective and they won't even look me in the eye as they do it…

"If you would like to support me, make noise, the only thing these people respond to is public outcry." 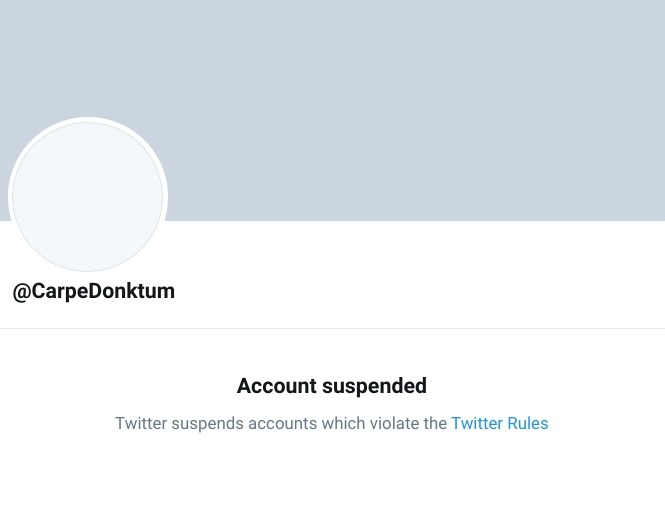 His cry for support was received by Trump's son, Donald Jr.

He tweeted: "It's clear @twitter & @jack are engaging in a dedicated campaign to shutdown conservative voices as we get closer to the election.

"Twitter claiming he violated 'copyright infringement' on videos that are public domain or clearly parodies covered by fair use is beyond fraudulent."
Last week, Twitter branded Donktum's video – which was shared by Trump's – about a "racist baby" as "manipulated media."

Read the comments before you download the Democratic Party

Sources have confirmed that the video, which was shared by the President, was edited and featured a fake CNN electronically generated caption.

It was circulated by Trump in order to mock CNN and "fake news" – but meant the President's tweet was actually flagged instead.

The edited video prompted Twitter to add a disclaimer, warning users that it was "manipulated media" and linked to a web page outlining Twitter policies relating to selectively edited clips.

The page confirmed: "On Thursday (18 June) the President shared a version of the video which many journalists confirmed was edited and doctored with a fake CNN chyron."

Following their guidelines, the President's tweet was marked because: "You may not deceptively promote synthetic or manipulated media that are likely to cause harm.

"In addition, we may label Tweets containing synthetic and manipulated media to help people understand their authenticity and to provide additional context."

After it was branded "manipulated media," the video was taken down altogether.

In place of the video, the tweet now shows a gray box with the text: "This media has been disabled in response to a report by the copyright owner."