A MAN has been pictured walking into a hospital with a huge bloodstained meat cleaver in his forehead.

The unnamed patient, wearing jeans and a white T-shirt, arrived at the A&E department of Chongyang People’s Hospital in the city of Xianning, in China's Hubei province. 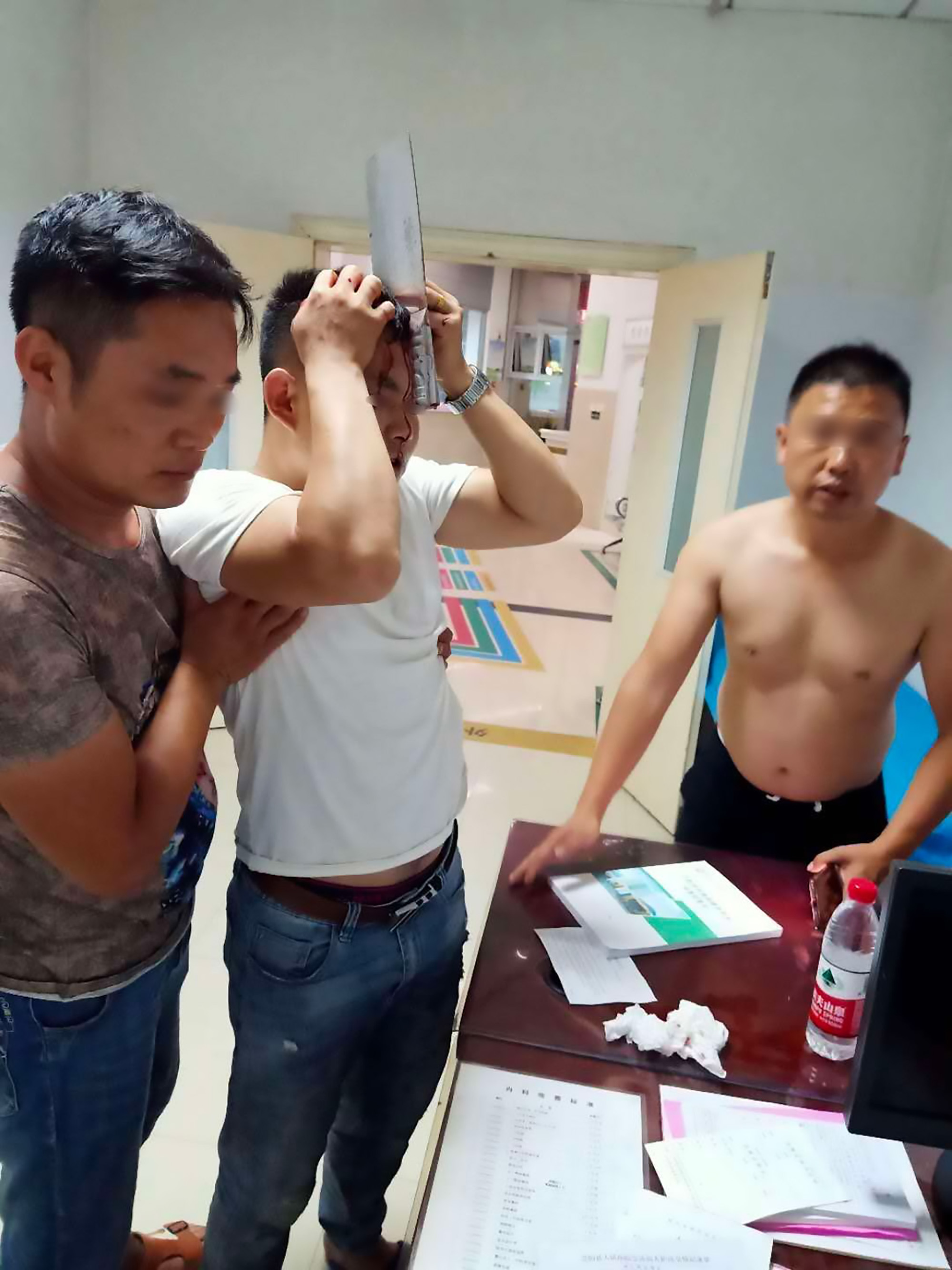 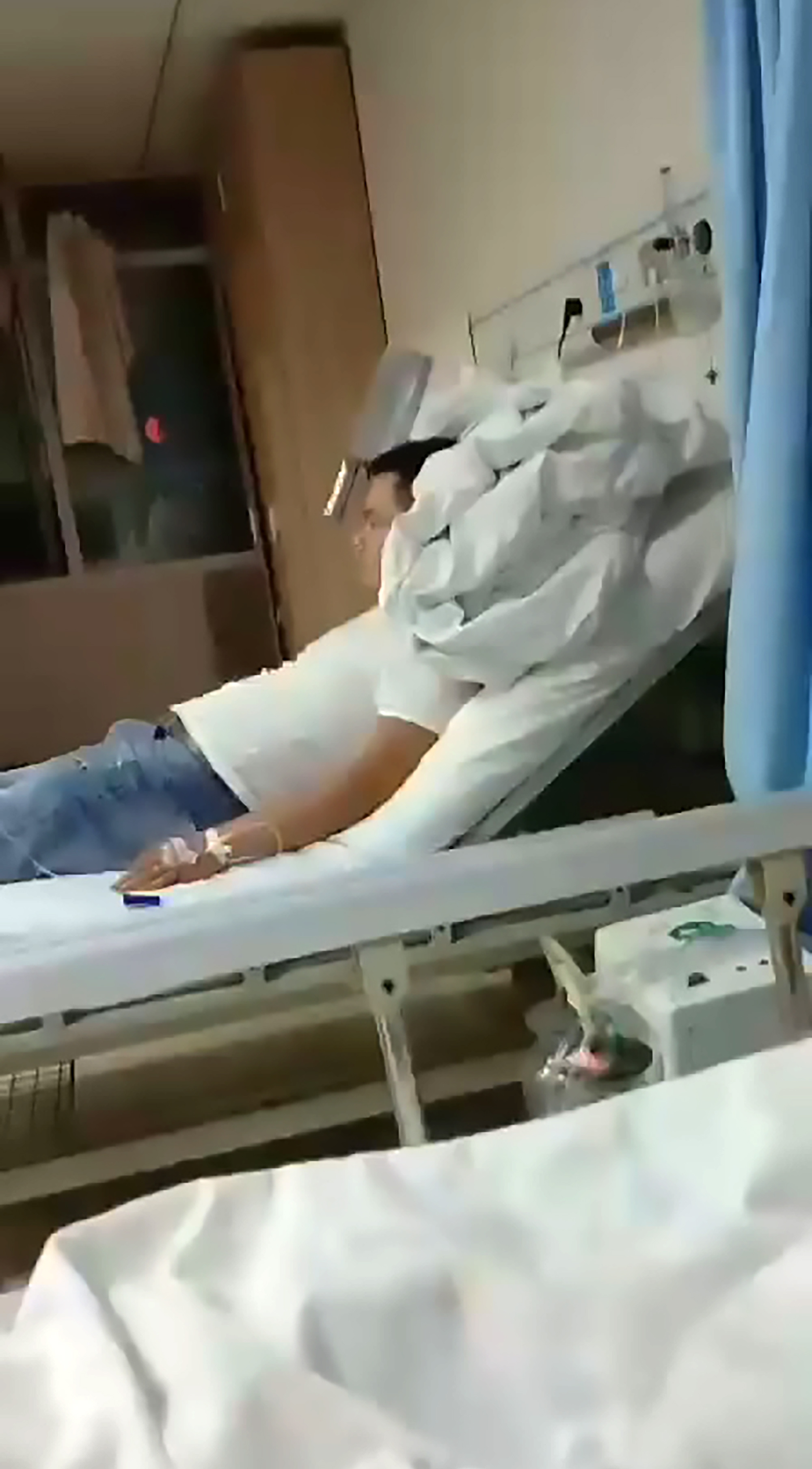 Incredible images show the man – accompanied by two other males – alive and conscious.

Footage taken later at the hospital shows the patient on a bed with the huge knife still embedded in his skull as he awaits treatment.

The man was victim of an "altercation" with an unnamed attacker, according to Chinese media.

The county hospital said the man, whose name has not been disclosed, arrived late on June 8 with blood dripping down his face.

A hospital spokesperson said the man had undergone surgery to have the cleaver removed, according to reports.

The operation was successful and the patient – who is continuing his recovery at the hospital – is not said to be in any life-threatening condition.

Members of the county’s Tiancheng Police Station said they were still investigating the incident which led to the patient’s injury.

An officer said: “We’ve yet to receive any reports related to the incident, but we’re looking into it.”

No arrests have been made yet, Chinese media said. 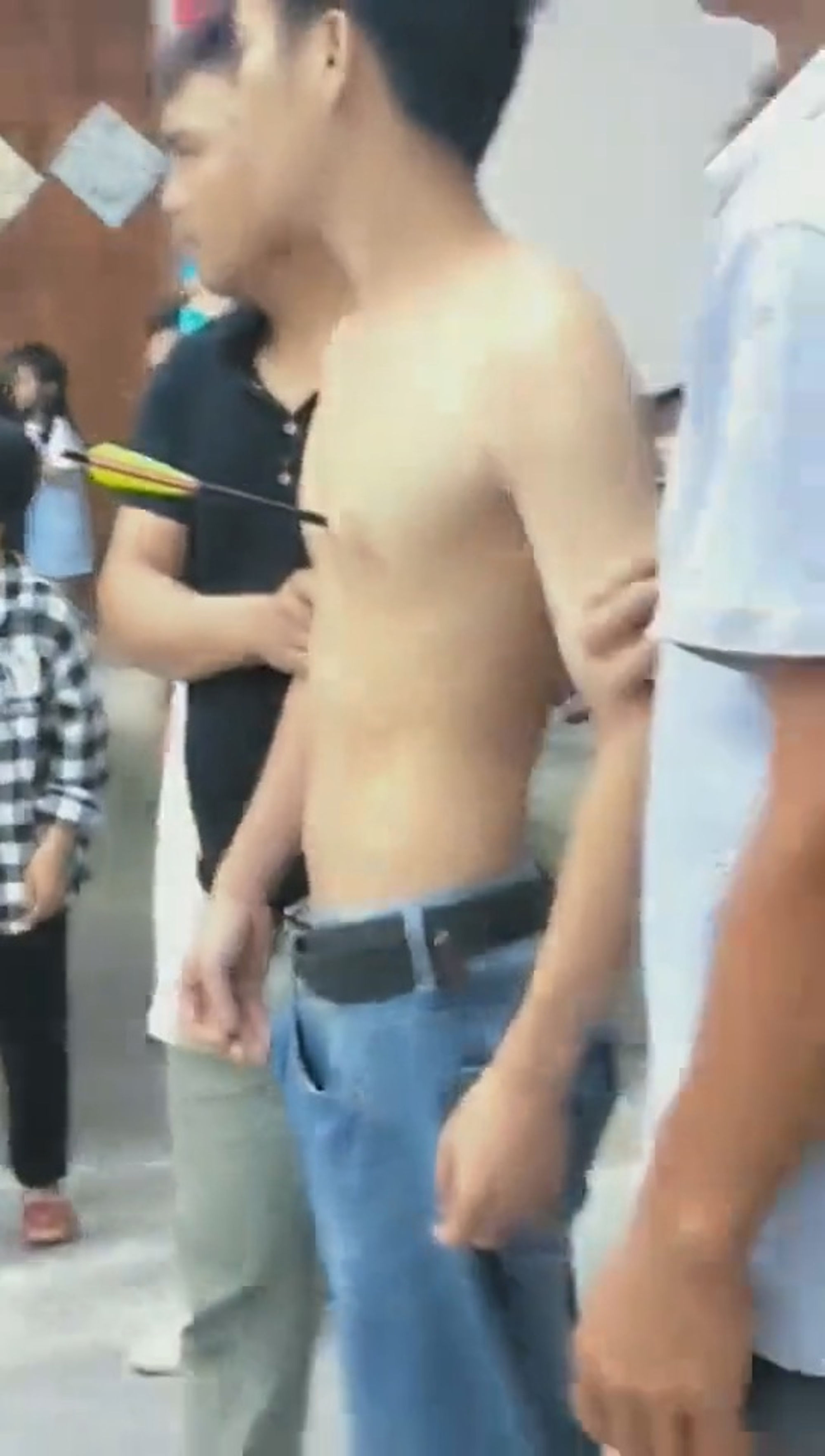 Earlier this week, a Chinese man walked into a hospital with a crossbow bolt in his chest after accidentally shooting himself.

A doctor from the Guangxi People’s Hospital said that the weapon poked through the patient’s left lung and broke one of his ribs.

Reports said the arrow missed his heart by just 0.2 inches.

The young man underwent surgery and has been recovering in the local hospital.

The doctor said: "The injury was quite severe. [He was] very lucky despite all the unfortunates,’ the medic told the local media." 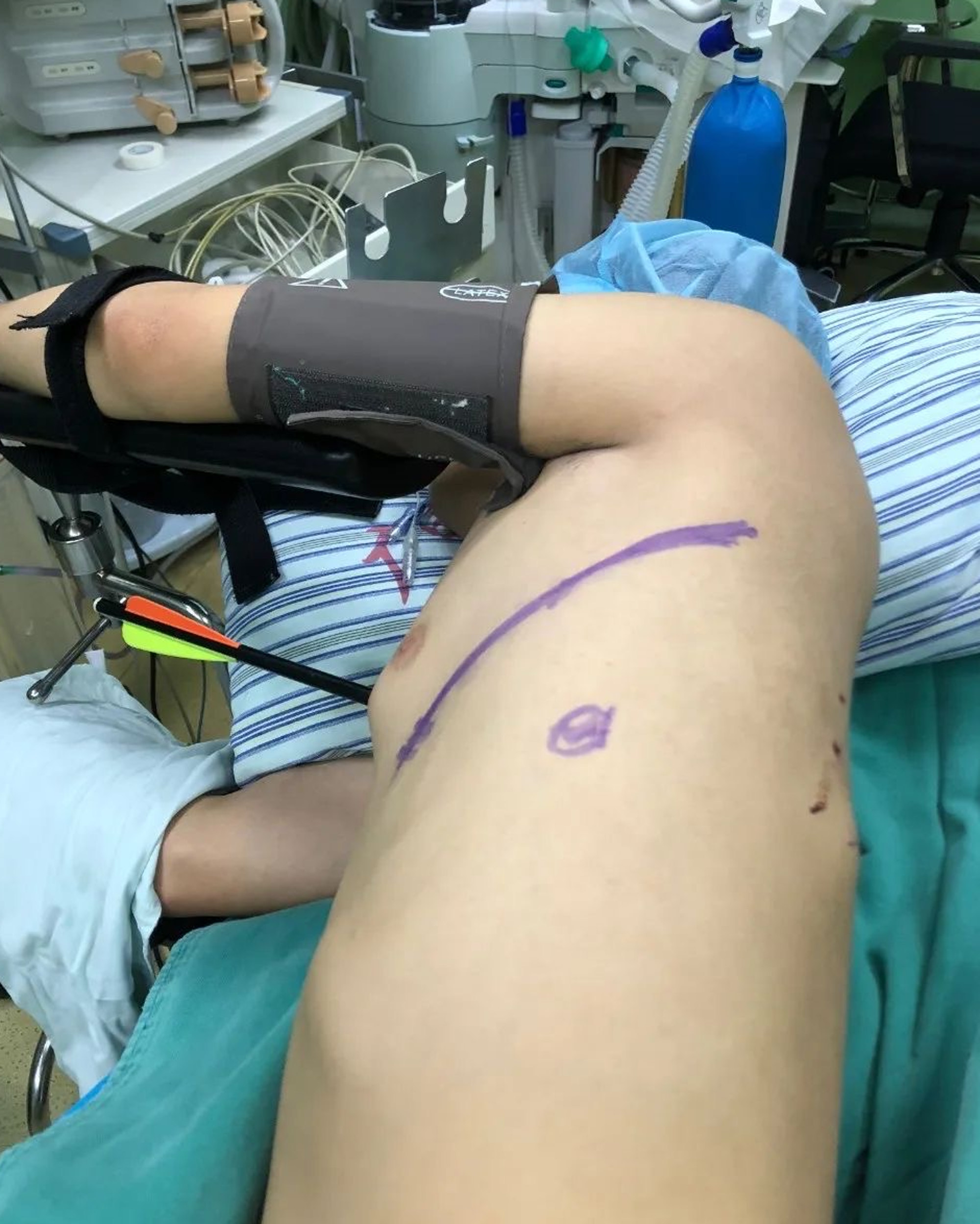 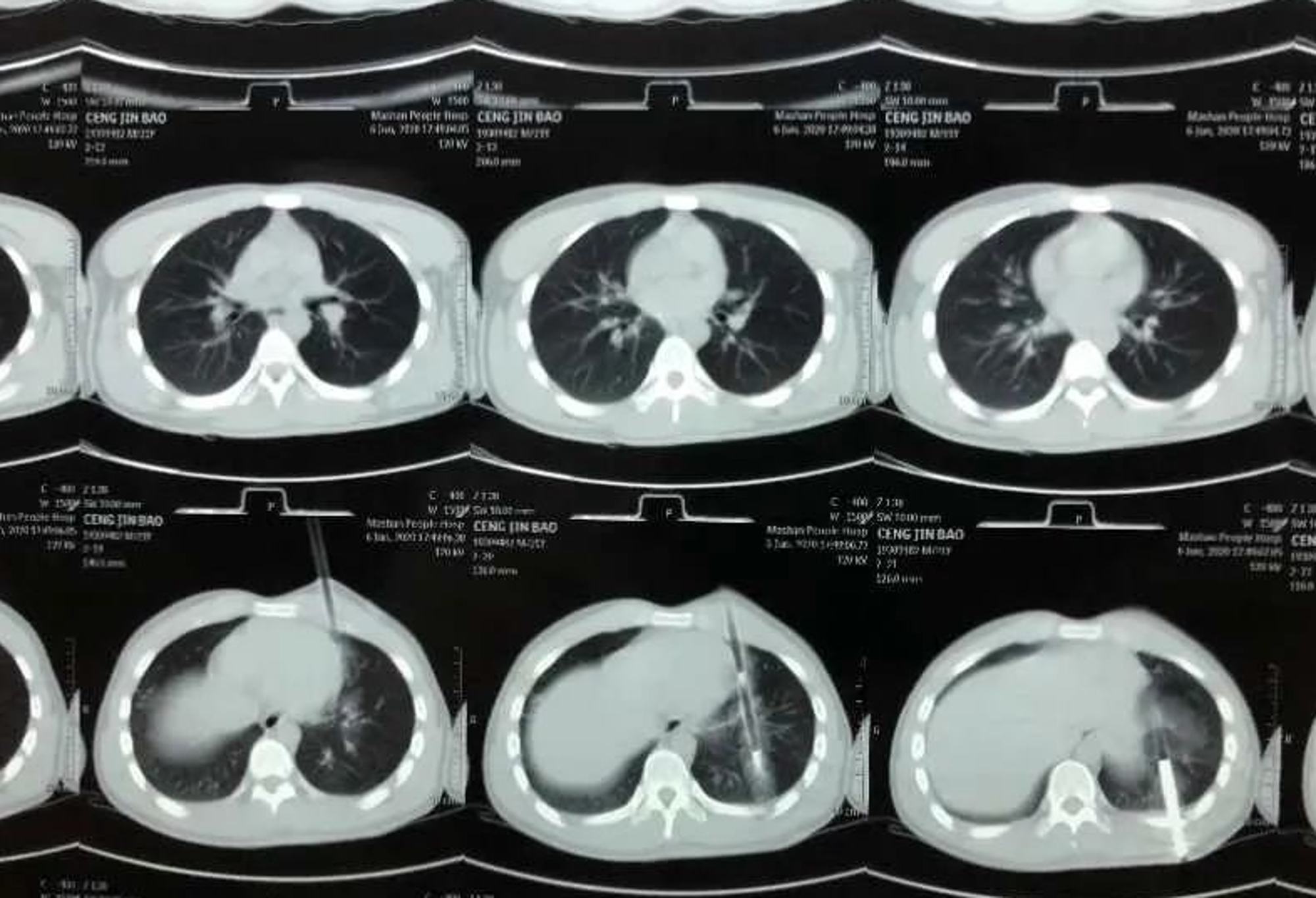