A Tory candidate has hit back at trolls who attacked her teenage son online after they branded him ‘a poster boy for the Hitler Youth’.

Conservative parliamentary candidate for Bath, Annabel Tall had posted a picture of her son Sam, praising him for his interest in politics.

The 51-year-old has now said she was shocked at the abuse aimed at Sam and claimed the comment was ‘nasty’.

Others also backed the MP with one person declaring it was ‘an appalling thing to say.’ 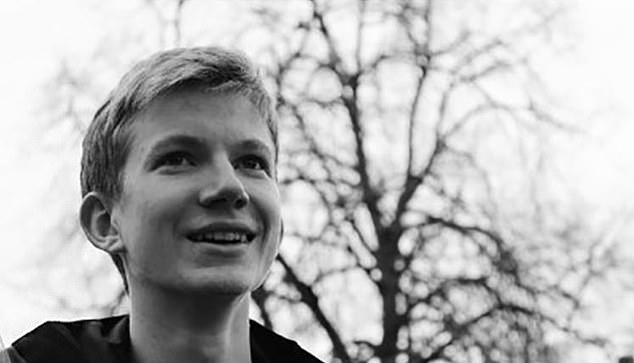 The Hitler Youth was an organisation set up by Adolf Hitler to educate and train young boys in Nazi principles.

The dictator also had an ideal of a ‘perfect German’ and a lot of propaganda at the time included the praise of German’s with blonde hair and blue eyes, the so-called ‘master race’.

Tall was hit by the abuse after tweeting to say she was proud of Sam for spending a day in the Houses of Parliament.

Her tweet said ‘Proud of my youngest son who yesterday, on his own initiative, went to Westminster with a friend, found the speakers gallery and spent six entranced hours, listening to the commons debate – takes after his mother.’

She posted a photo of him – and was trolled by [email protected] who said ‘He looks like a poster boy for the Hitler Youth.’

Annabel said she called out the troll to highlight the kind of abuse politicians face on social media.

She replied to the troll ‘What an unnecessary nasty little comment. The first one I’ve had.

‘Sadly, it’s the sort of broken behaviour that we in public life now have to deal with every day. On every side. Criticise politics fine, personal and family, no. Just so we all understand.’

Today Tall added: ‘I very rarely reply. Political debate is fine but it was a horribly racist comment.

‘I replied to this one because I knew it would highlight the abuse we face. I think it’s just about raising awareness of the issue.

‘People are very surprised when that happens to them. The person has been very quiet since I replied.’

She added that people who say these things would be ‘the first to complain’ if it was done to them.

‘So far in Bath, I haven’t had anyone say anything unacceptable to my face. No one would stand in their doorway and say that.

‘This is the second seat I’ve stood for and during the election campaign the abuse is hideous.

‘I have never got death threats but it’s not uncommon. People behave very differently online than in reality.’

Tall highlighted that people ‘don’t think before they hit send’, but said it was something ‘we all have to learn to deal with’.

‘I have had to have conversations with my family and children to let them know what to expect.

‘I have a policy myself where I don’t engage as I think it is toxic to debate on social media.

‘My concern is that it puts people off entering politics.’

Tall, a chartered engineer who has previously contested the Bristol West constituency, had advice for people looking to enter politics who could be put off by the abuse.

‘I would advise people to be on social media, but not to take the comments personally and bear in mind the people making them might have issues themselves.

‘I would also advise people not to read the comments. It can be so damaging so it’s best not to.

‘Anything threatening should be reported to police.’