Robinson, real name Stephen Yaxley-Lennon, was imprisoned for nine months this morning after being found in contempt.

The former EDL leader, 36, filmed defendants in a criminal trial and broadcast the footage on social media.

He was previously jailed for sharing the video, taken outside Leeds Crown Court in May 2018.

Earlier this week, Robinson begged for political asylum from US President Donald Trump and claimed he would be murdered if he ended up in a British jail.

However, the far-right figure will receive no additional protection while banged up. 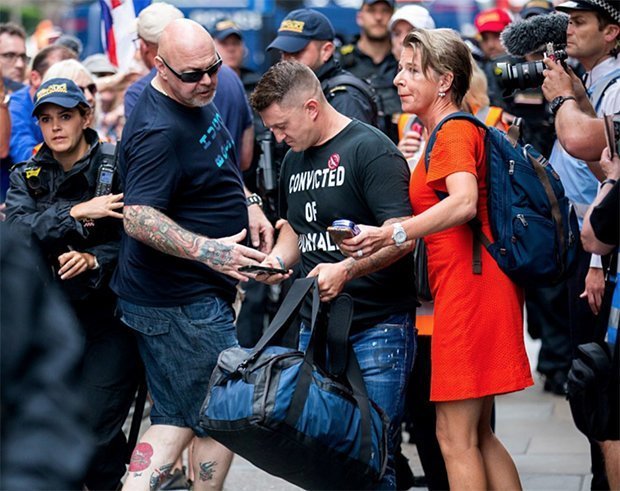 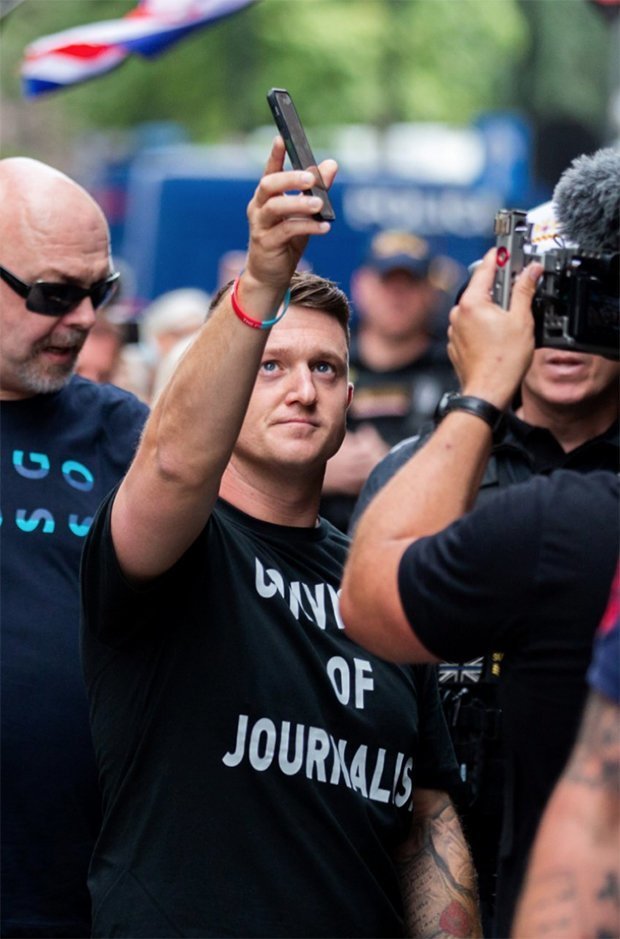 “This is a direct appeal on behalf of my family – we love the United States, I have no future here. The country has fallen.”

The court case Robinson recorded was subject to blanket temporary reporting restrictions under the Contempt of Court Act 1981 to avoid a “substantial risk of prejudice” to the trial, which involved multiple defendants and was linked to other linked proceedings.

He filmed himself, defendants involved in the trial and commented on the particulars of the case during the hour-and-a-half long video.

He was released from jail on bail last August because the process that convicted him for contempt was deemed to be flawed by Court of Appeal judges.

The Lord Chief Justice, one of three judges who quashed his contempt conviction, said Robinson wasn’t given enough time to muster a defence and didn’t understand the charges “muddled” against him. 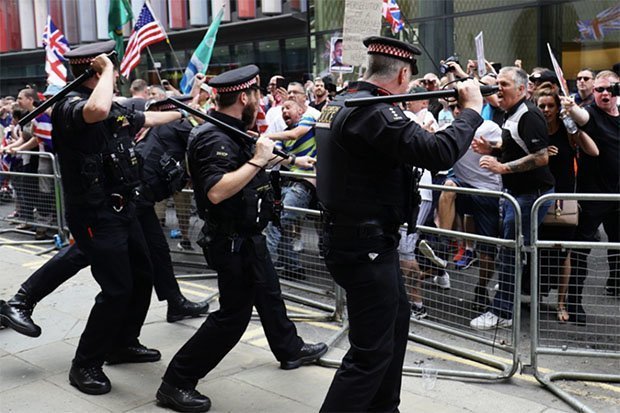 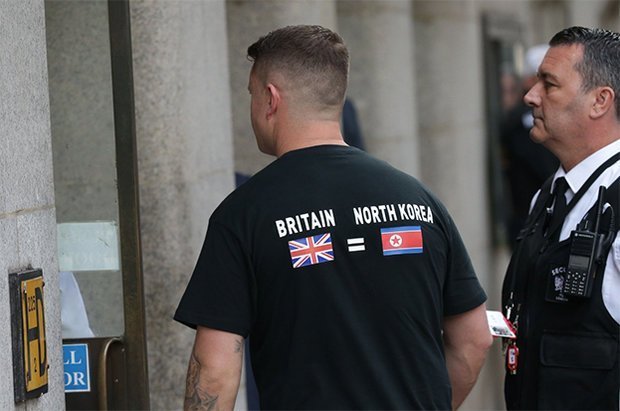 But back in March, Attorney General Geoffrey Cox brought fresh contempt of court proceedings against Robinson – resulting in this second conviction.

His supporters marched on Parliament after the verdict, with several pictured hurling missiles at riot police.

Throughout the Old Bailey hearing last Thursday and Friday, Robinson denied any wrongdoing, saying he did not believe he was breaching reporting restrictions and only referred to information already in the public domain.

But Dame Victoria and Mr Justice Warby found he was in contempt by breaching the reporting restriction imposed on the trial, by live-streaming the video from outside the public entrance to the court, and by “aggressively confronting and filming” some of the defendants.