Taliban say no pact struck with U.S. on deadline to end Afghan war

KABUL (Reuters) – A three-day meeting between the Taliban and the U.S. special envoy for Afghanistan to pave the way for peace talks ended with no agreement, the militant group said a day after the diplomat declared a deadline of April 2019 to end a 17-year-long war. 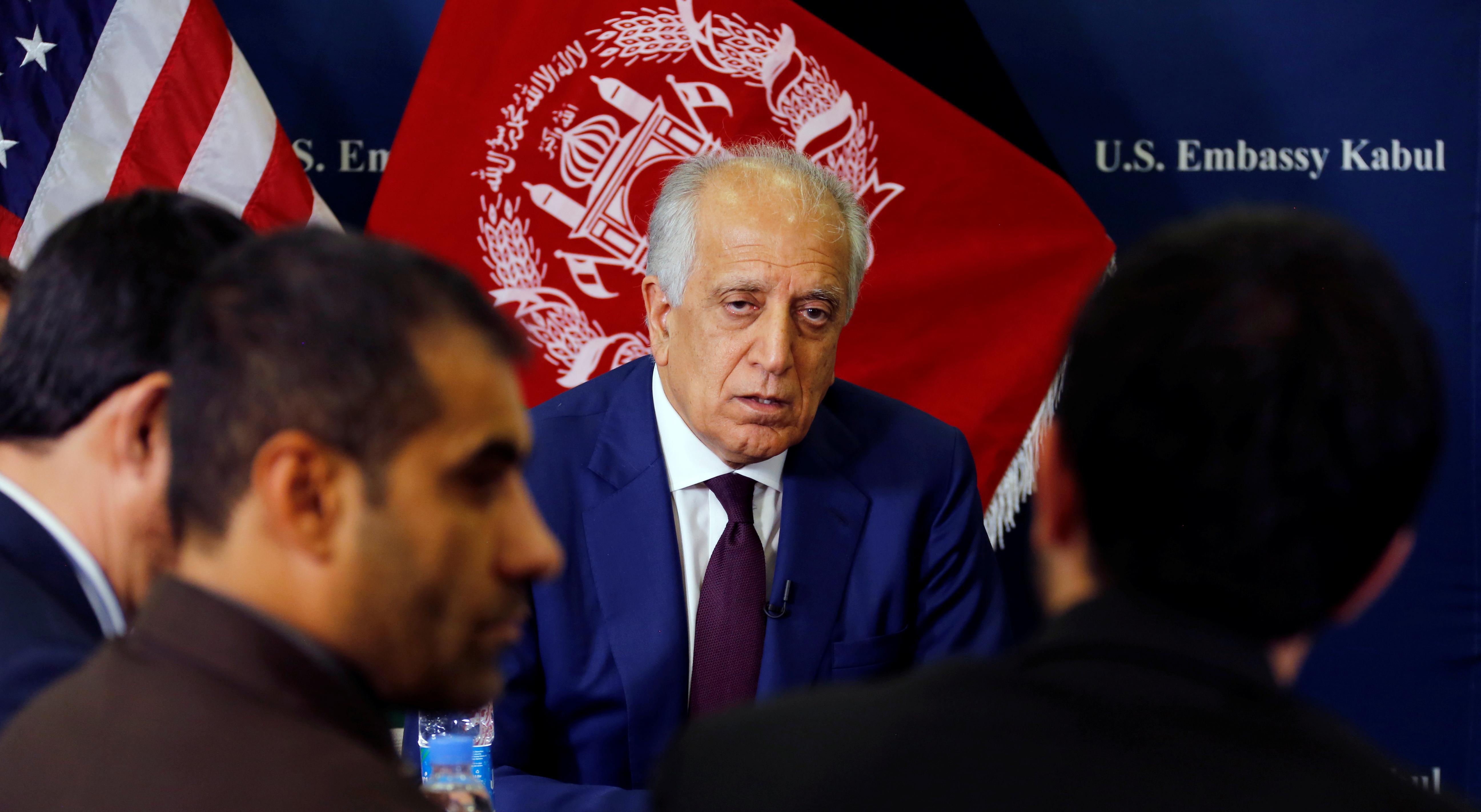 “These were preliminary talks and no agreement was reached on any issue,” he said in a statement on Monday.

Taliban leaders had not accepted any deadline set by the United States to wrap up talks, according to three Taliban officials.

Khalilzad, an Afghan-born diplomat authorized by U.S. President Donald Trump’s government to lead negotiations with the Taliban, on Sunday said he hoped to cut a peace deal by April 20, a deadline that coincides with the date set for presidential elections in Afghanistan.

Two senior U.S. officials confirmed that the second round of peace talks ended last week and the Taliban expected Khalilzad to visit Qatar for a meeting before the end of 2018.

“The second round of talks went on for three days. This clearly proves that both sides are exercising patience and caution during their diplomatic engagement,” a U.S. official said on condition of anonymity.

But Khalilzad’s public statement that the Taliban believe they will “not win militarily” angered senior members of the group, who warned U.S. officials against mixed messages that could muddle the peace process.

“We were astonished to see Khalilzad’s statement in Kabul on Sunday. He wrongly quoted us, saying that the Taliban admitted that militarily we would not succeed,” said a senior Taliban member in Afghanistan.

Another senior member said Khalilzad’s strategy to declare a deadline showed how desperate the United States was to withdraw foreign forces.

“We used the term stalemate a year ago and, relatively speaking, it has not changed much,” he told a security forum.

The Taliban have strengthened their grip over the past three years, with the government in Kabul controlling just 56 percent of Afghanistan, down from 72 percent in 2015, a U.S. government report showed this month.

A separate report released by a U.S. government watchdog on Monday said there had been little progress toward reconciliation between July and September.

“In public statements, diplomatic and military leaders emphasized that progress toward the goals of the South Asia strategy is being made,” the Department of Defense inspector general report said.

Diplomats and political analysts in Kabul have labeled Khalilzad a man “in hurry” who must include Afghan politicians and officials from neighboring countries such as Pakistan and Iran before the third round of talks.

“Khalilzad’s hasty approach could lead to an epic disaster,” said a senior Western diplomat in Kabul. “The Taliban would trust him only if he did not speak on their behalf.”