Home » World News » Sylvester Stallone calls out ‘Rocky’ series producer over ownership rights: ‘I wanted to leave something of Rocky for my children’

Sylvester Stallone calls out ‘Rocky’ series producer over ownership rights: ‘I wanted to leave something of Rocky for my children’

Sylvester Stallone has voiced words against Irwin Winkler, implying that the producer behind the “Rocky” films and its sequel series “Creed” is withholding a significant financial stake in the franchise from the actor.

The 76-year-old Stallone shared a portrait of Winkler as a knife-tongued serpent through his Instagram Sunday morning. The image came alongside a caption calling for a “fair gesture” from the 93-year-old producer. 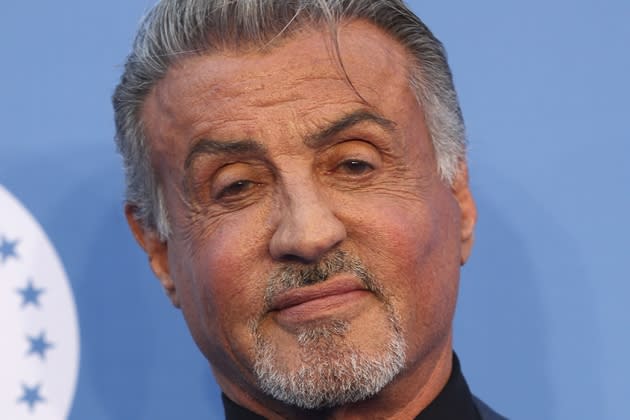 “A very flattering portrait of the great ‘Rocky’/’Creed’ producer, Irwin Winkler, from one of the country’s greatest,” Stallone wrote. “After Irwin controlling ‘Rocky’ for over 47 years, and now ‘Creed’, I really would like to have at least a little [of] WHAT’S LEFT of my rights back, before passing it on to ONLY YOUR CHILDREN — I believe that would be a fair gesture from this 93-year-old gentleman?”

Stallone has begun to voice frustrations in recent years regarding his lack of ownership over the popular film franchises, like “Rocky,” that he helped originate. Although Stallone received first-dollar gross on the early “Rocky” sequels and earned net points off of the 1976 original — which cost just over $1 million to produce and grossed $225 million globally — the actor maintains that he’s been deprived of an equity stake in the franchise.

“This is a painful subject that eats at my soul, because I wanted to leave something of Rocky for my children, but it’s always great hearing from the loyal fans… Keep punching,” Stallone’s Instagram post concludes.

In 2019, Variety reported that Winkler was surprised to learn that Stallone was dissatisfied with his stake in the franchise, pointing to the tens of millions of dollars he received in profit participation and upfront fees. One source stated that Stallone made more than $10 million on both “Creed” and its 2018 sequel; Stallone starred and produced on both.

“I have zero ownership of ‘Rocky,’” Stallone told Variety in 2019, sharing that an annuity of sorts that could be left to his children after his death was something he desired. “It was shocking that it never came to be, but I was told, ‘Hey, you got paid, so what are you complaining about?’ I was furious.”

The original 1976 film was conceived by, written by and starred Stallone, who went on to score Oscar nominations for best actor and best original screenplay. “Rocky” took home statuettes for best picture, director and film editing at the 49th Academy Awards.