Police in Stockton, California, fatally shot a man they said opened fire inside the parking lot of police headquarters and charged at officers when confronted.

The brazen shooting occurred after the gunman “arrived at the front parking lot” and began to fire, a police statement read.

“Multiple Stockton Police Officers shot the man and he was pronounced deceased by medics” near the building, police said. No officer was injured. 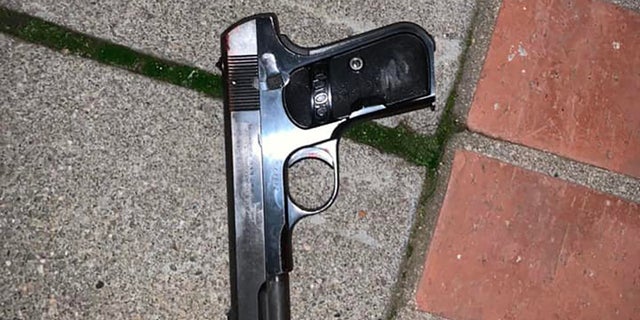 Stockton police said they recovered a gun at the scene.
(Stockton Police Department)

The gunman arrived in a car outside the station at about 8:30 p.m. and idled in the vehicle, Eric Jones, the police chief, said, according to ABC 10. He exited the car and started firing his gun inside the parking lot, and was confronted by police. At one point, the suspect, who was still armed, charged at the officers and was shot. 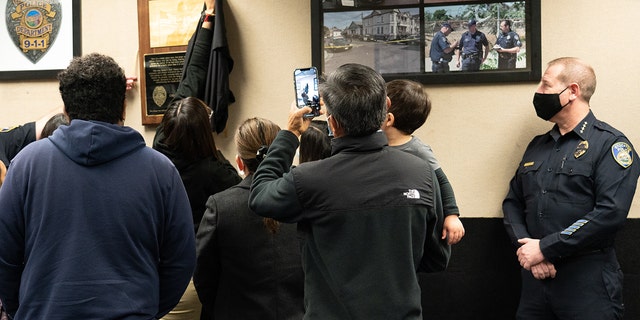 Hours before the shooting, officers dedicated a plaque in memory of Officer Jimmy Inn, who was killed earlier this year.
(Stockton Police Department)

“I have not seen anything like this,” Jones told the station, pointing out that the incident unfolded shortly after a plaque for a fallen officer was revealed. 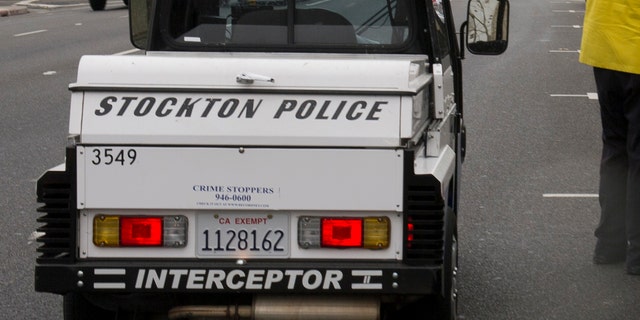 “I’ve been here nearly 30 years with Stockton PD, nearly 10 years as police chief, and for somebody to come right in to the police department like this and fire the weapon and then charge right at the officers with the weapon is very unique.”