China’s aggression in the South China Sea has led to persistent bickering between Manila and Beijing with an arms race now fully under way in the region, intensified by the presence of the US and the determination of President Donald Trump to thwart Chinese ambitions. Trump has been in talks with Filipino President Rodrigo Duterte to place deadly rocket systems in the Philippines. The long-range, precision-guided rockets fired by the system would be able to strike Chinese man-made islands on reefs in the Spratly chain, according to the South China Morning Post.

They would pose a terrifying threat to the Chinese military as President Xi Jinping looks to secure control of contested waters in the region amid widespread diplomatic fallout.

For now, talks between Washington and Manila are stalling, with the latter concerned over the affordability of the HIMARS rocket systems.

The Philippines’ Energy minister Cusi added that a detailed plan for nuclear power will be sent to the International Atomic Energy Agency (IAEA). 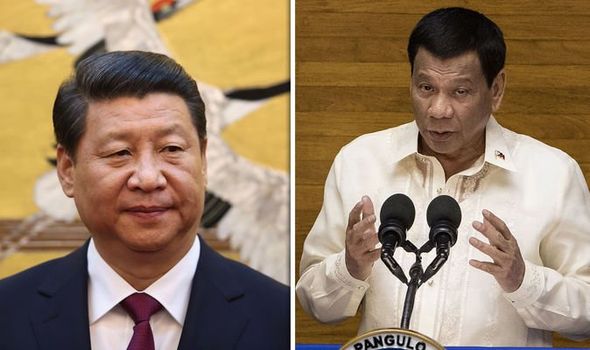 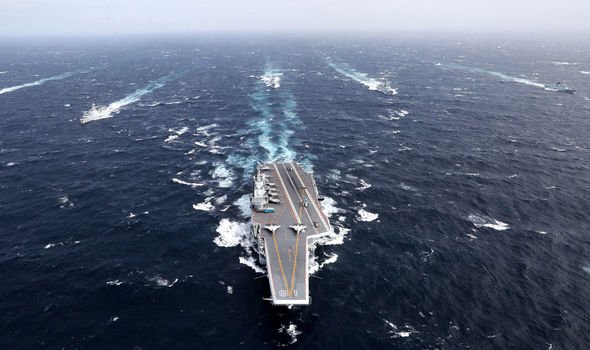 He Added: “We are set to meet with the IAEA next month to discuss further collaboration efforts…This is the beginning of a new phase of work because we have to prepare now our plan of action and we are going to present it to them, to IAEA, and they are going to audit us.”

Nuclear power is seen as a potential answer to the Philippines’ problems of precarious supply and the high cost of electricity, although Cusi said other options were also being considered.

He said:“We are looking at all sources of energy. We’re studying hydrogen… We are hungry for power and we will tap any sources that would satisfy our own needs now.” 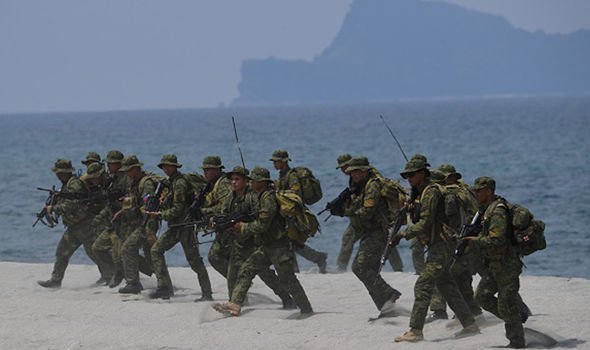 Supporters of Cusi’s nuclear energy push say that because the fuel cost is lower, electricity rates will drop. But those against it cite a reliance on imported uranium, high waste disposal and decommissioning costs, as well as safety issues.

The country is plagued with power issues, and Duterte sees potential for nuclear power to help boost much of the population out of poverty.

Improved energy efficiency could also enable the Philippines to divert more funds towards defence as tensions with China rumble on.

In 1994, Beijing sparked confrontation with Manila by asserting its ownership of Mischief Reef, which was inside the claimed EEZ of the Philippines. 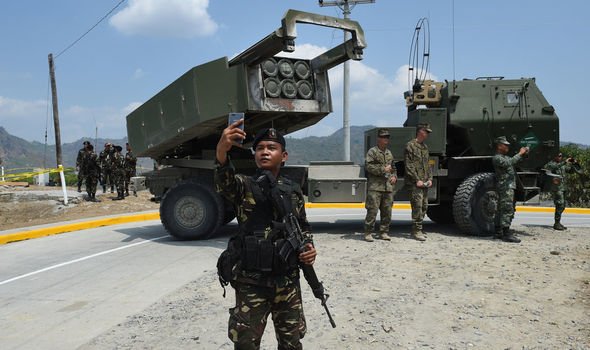 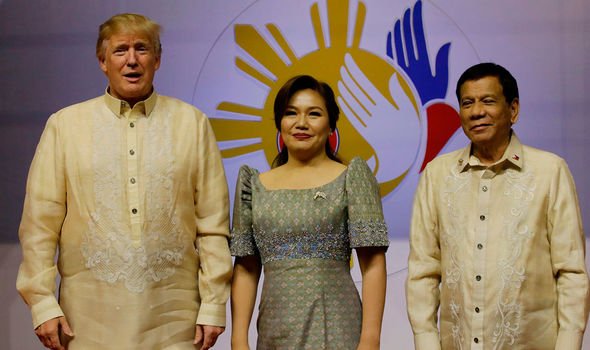 In 2016, the Philippines won a case in the Permanent Court of Arbitration invalidating China’s claims to almost the entire stretch of sea. China does not recognise the ruling.

The tribunal in The Hague found that China had violated sovereign Filipino rights under the United Nations Convention on Laws of the Sea (UNCLOS).

Duterte said he has been offered a controlling stake in a joint energy deal by Xi Jinping in exchange for ignoring the international arbitration in Manila’s favour.

At the ASEAN (Association of Southeast Asian Nations) summit this week, Duterte will join other Asian nations as they look to safeguard their waters from Chinese aggression.