The auburn-haired cherub stealing the show: Social media users fall in love with ‘superstar’ choirboy singing his heart out at Queen’s state funeral

Social media users have heaped praised on the auburn-haired choirboy who has been pictured singing his heart out during the Queen’s state funeral.

Throughout the service to celebrate the life of Queen Elizabeth II, the Choir of Westminster Abbey sang hymns and psalms as well as the national anthem.

As the Queen’s coffin arrived at Westminster Abbey and was carried inside, the Choir of Westminster Abbey sang lines, known as The Sentences, from Revelation 14:13, used at every state funeral since the early 18th century.

And while many praised the choir’s performance throughout the service, singing hymns and psalms as well as the national anthem, social media users were impressed with one young boy in particular.

The choirboy could be seen singing his heart out during the Psalm 42: 1-7 during the service, moving expressively as the choral music filled the abbey.

One social media user said: ‘The little red-headed choirboy has stolen my heart with his earnestness.’ 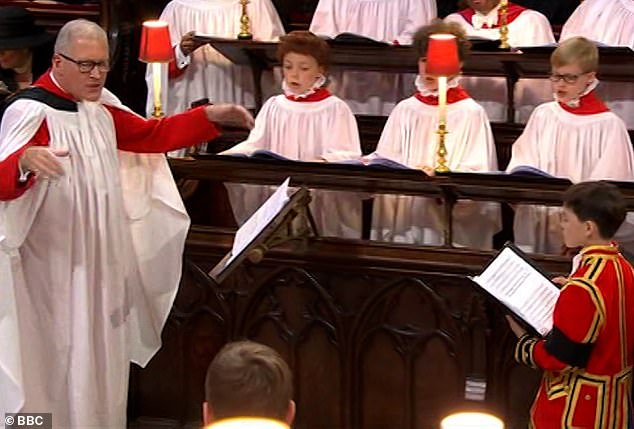 Social media users have heaped praised on the auburn-haired choirboy who has been pictured singing his heart out during the Queen’s state funeral. Pictured: The chorister (centre left) 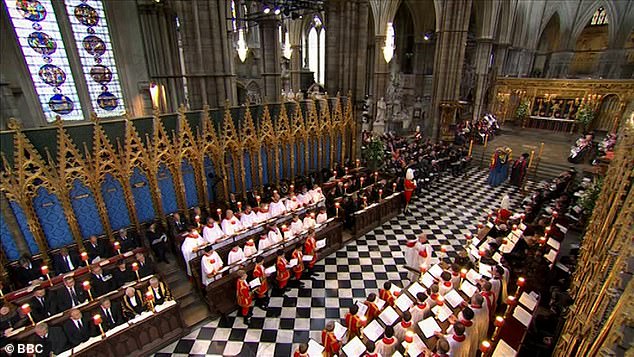 Another described the chorister as a ‘superstar’ while others praised his ‘theatrical performance’.

The Choir of Westminster Abbey is renowned worldwide and comprises of up to thirty boys and twelve professional adult singers, known as Lay Vicars.

Meanwhile, The Choir of Her Majesty’s Chapel Royal, who also took part in the service, can trace its history to the fifteenth century.

The Choir of Westminster Abbey sang various meaningful hymns during the historic ceremony, including The Lord’s My Shepherd, I’ll Not Want, which was sung at the Queen’s wedding to the Duke of Edinburgh in 1947.

The same hymn was also included at the funeral of the Queen’s father George VI in 1952, but with slightly different wording.

The funeral of Queen Elizabeth II took place at Westminster Abbey today before Her Majesty is laid to rest alongside her late husband, Prince Philip, at St George’s Chapel in Windsor.

London was at full capacity as hundreds of thousands of well-wishers descended on the capital to watch the processions unfold throughout the historic day of mourning.

Hundreds of foreign dignitaries who attended a reception at Buckingham Palace hosted by King Charles last night were also in attendance – including US President Joe Biden.

The Queen’s coffin, which has been walked past and grieved over by thousands of mourners over the last week, was carried in a procession to Westminster Abbey at 10.44am before the State Funeral began at 11am.

The coffin will then be transported by the State Gun Carriage which has been in the care of the Royal Navy since 1901, when it was removed from active service for the funeral of Queen Victoria.