BREAKING: Fans at a Washington Nationals baseball game RAN to take cover SATURDAY NIGHT after four people WERE shot outside the stadium’s third base gate.

Fans at a Washington Nationals baseball game ran to take cover Saturday night after four people were shot outside the stadium’s third base gate.

There was a game in progress when the gunshots rang out.

Two of the victims were found outside the stadium on the third base side, and two more victims walked into area hospitals for treatment of gunshot wounds connected to the incident, DC police said at 10:16pm.

Police in the infancy stages of the investigation at this time. They said ‘it appears there is no ongoing threat at this time’ but are warning people not to any drastic actions. 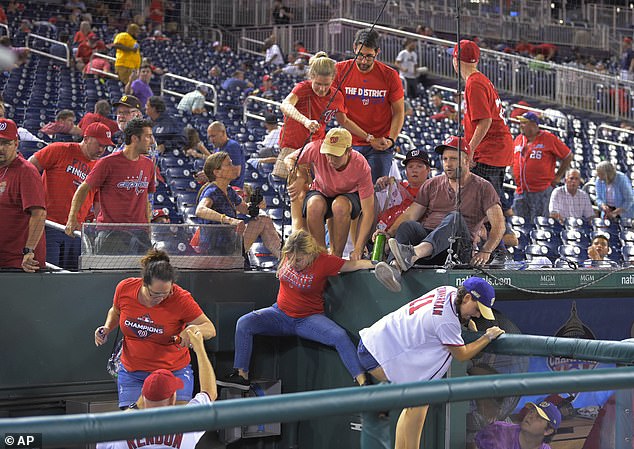 Fans jump into a camera well after hearing gunfire from outside the stadium, during a baseball game between the San Diego Padres and the Washington Nationals at Nationals Park in Washington 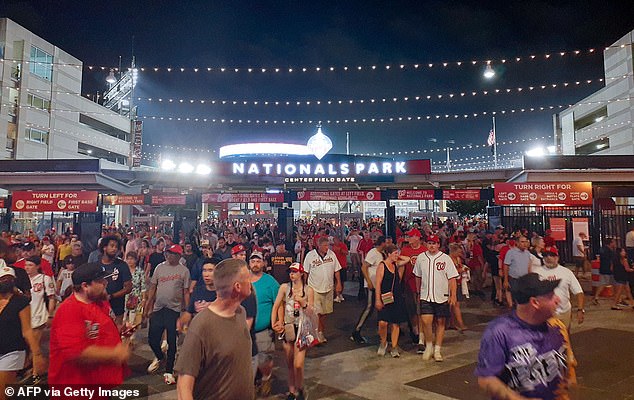 Fans were being told to exit Nationals park through the centerfield and rightfield exits. The shooting happened outside the third base gate, according to police 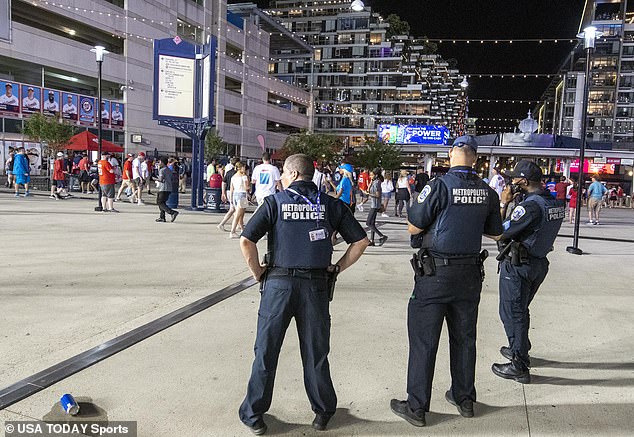 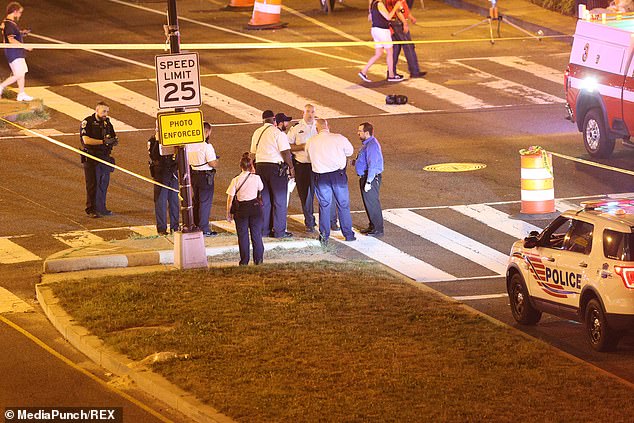 DC Police and other law enforcement agencies are on scene of a shooting outside of Nationals park in DC.

There’s no update on the victims’ conditions or details surrounding the shooting, which happened around 10pm in the 1500 block of South Capitol Street, Southwest, DC police said.

The Nationals were in the sixth inning in a game against the San Diego Padres. The game has officially been suspended.

Jennifer Jacobs, a senior White House reporter for Bloomberg News, was at the game and tweeted, ‘1st sign of trouble was when everyone in and around section 115 suddenly stood up, staring west toward main concourses. Word quickly spread about “gunshots.” The ballplayers headed off field.’

She also shared videos on Twitter showing fans and employees in a bar running for safety and toppling over tables to take cover.

Fans are being encouraged to leave the park through the centerfield and rightfield gates.

Saturday night’s shooting outside the stadium happened 24 hours after a six-year-old was killed and five adults were injured in a mass shooting less than a mile away near a Popeyes restaurant at the intersection of Martin Luther King Jr. and Malcolm X avenues.