DELIVEROO drivers have been filmed brawling with two thugs armed with a wooden post in shocking video.

The deliverymen took on the yobs after a rock was allegedly thrown at one of them in Battersea, South London. 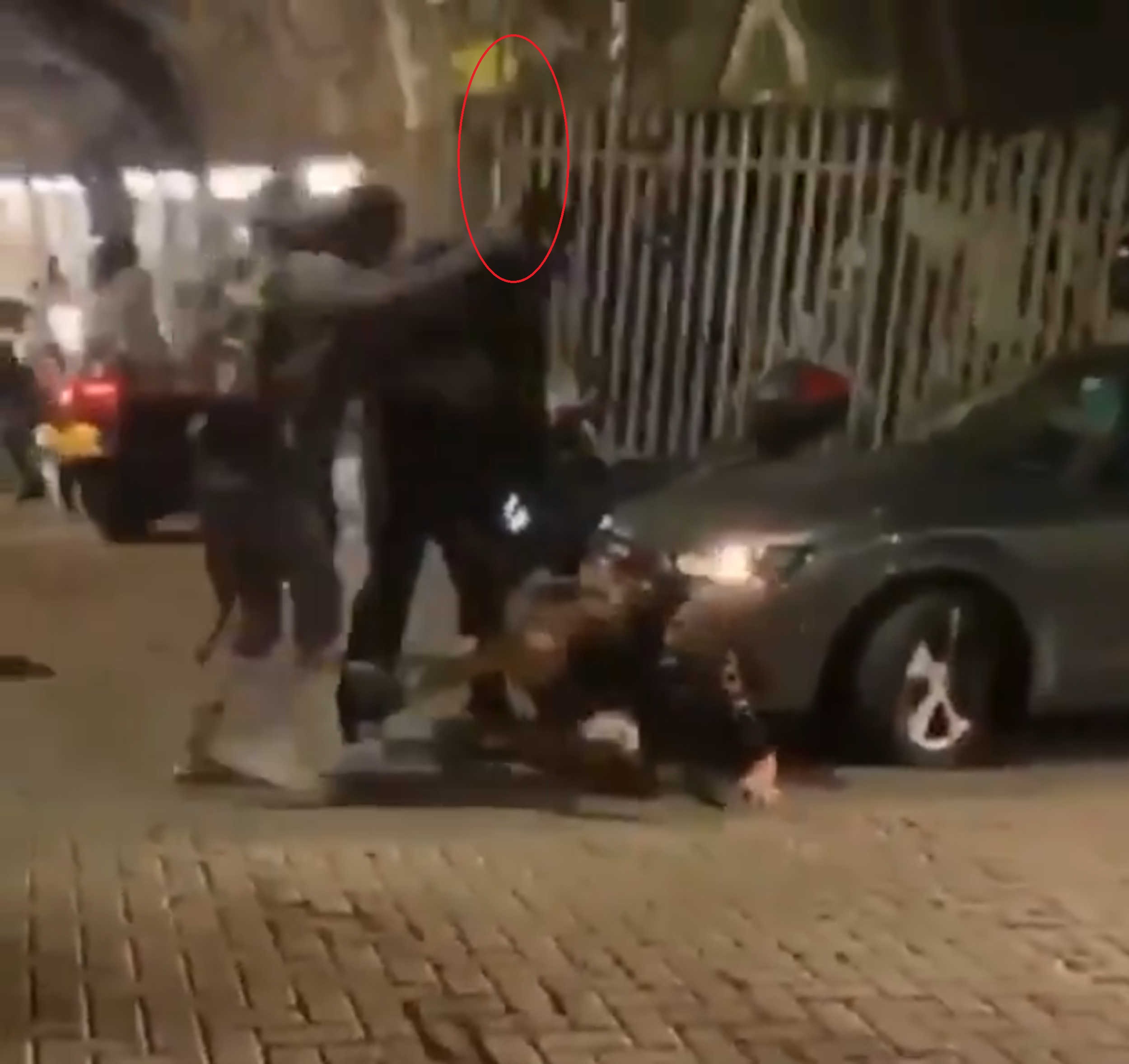 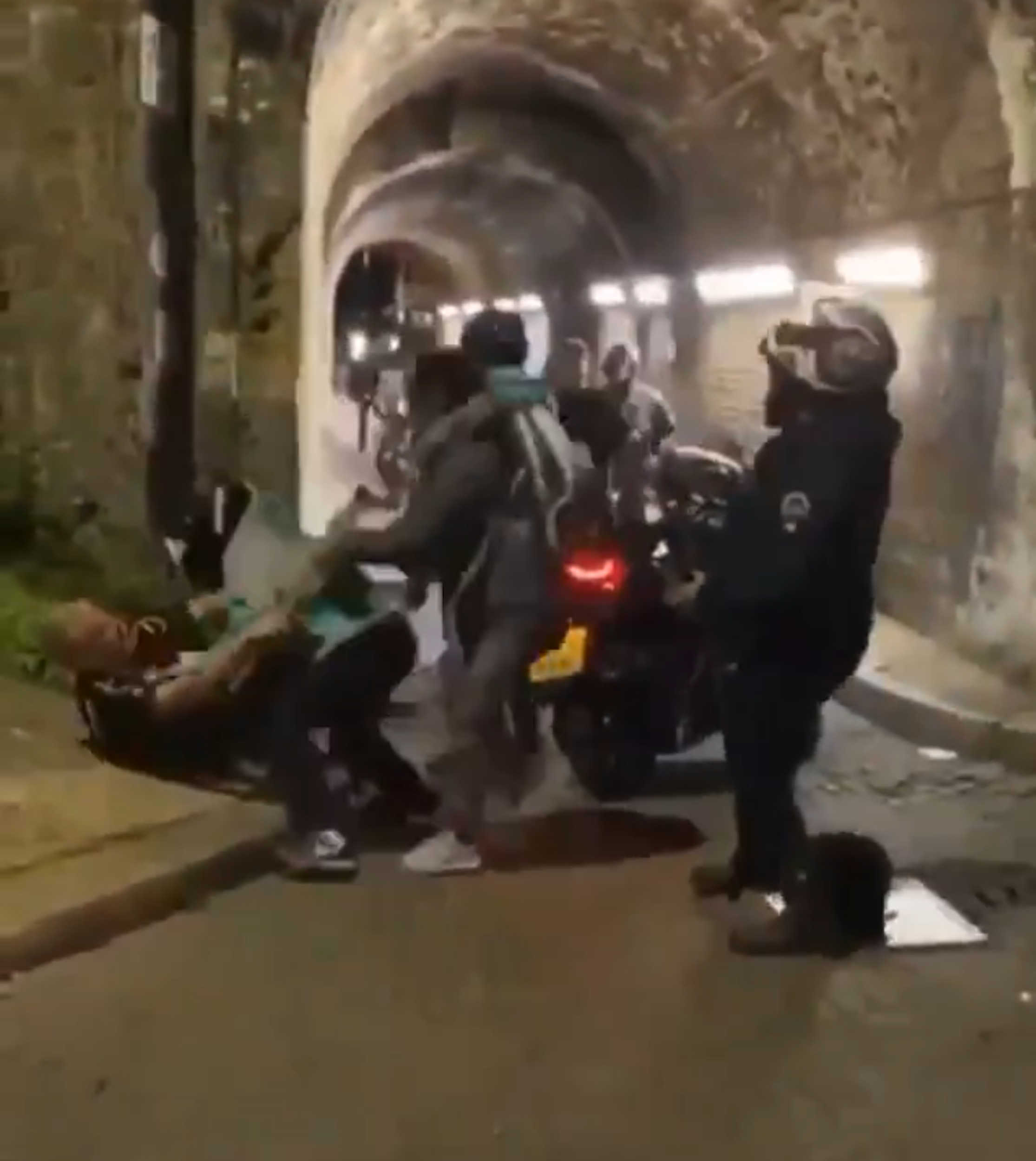 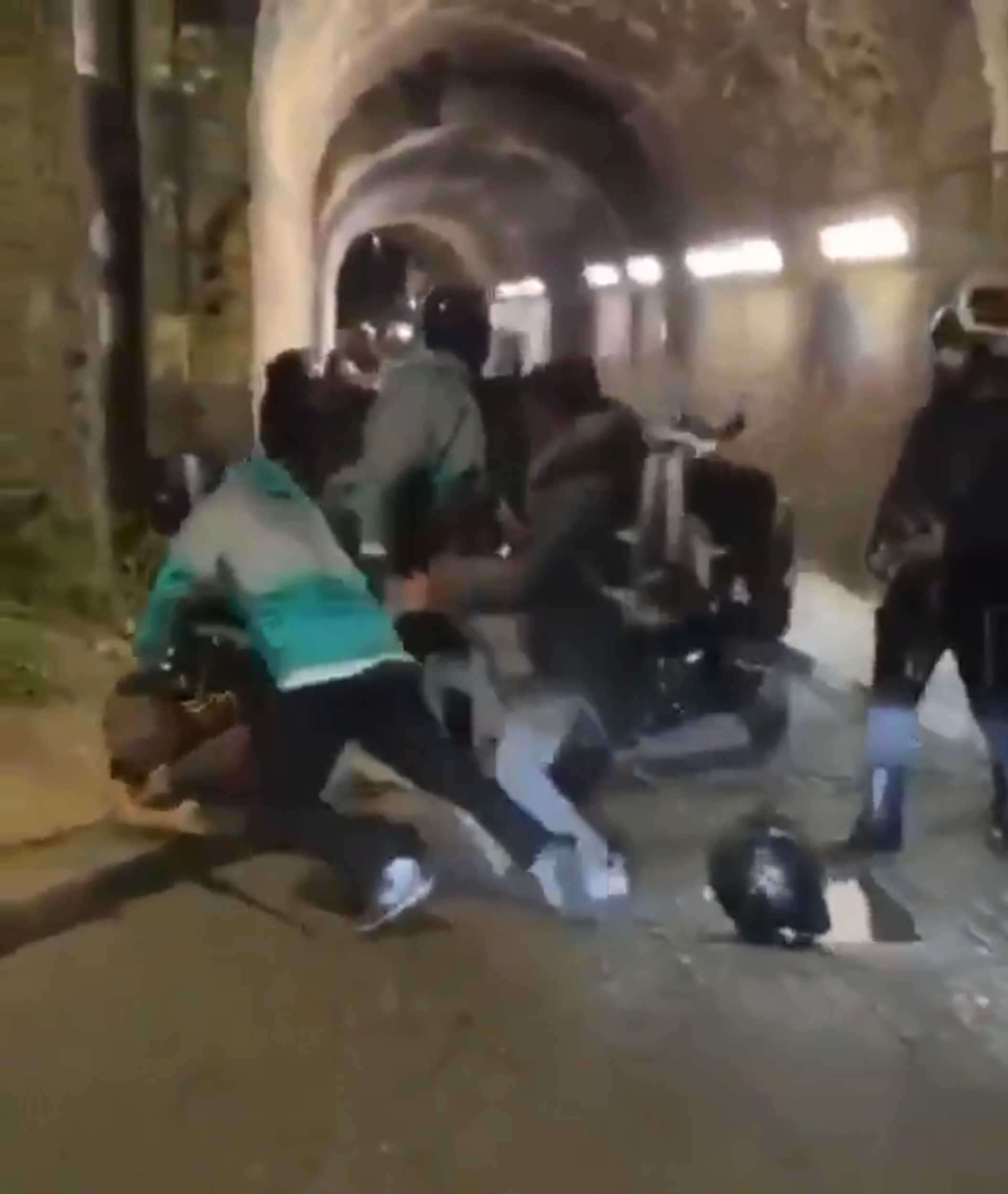 Dramatic footage shows one of the helmet-clad drivers wrestling with a man on the ground while his colleague tries to wrench a wooden plank out of the man’s grip.

The Deliveroo drivers then try to land blows on the man with one running and launching a kick at him.

Suddenly, he manages to break free before shoving one of the delivery drivers to the floor.

He pounces on top of the driver and begins raining down a flurry of punches on his head.

At this point he is thrown off by another driver who slams him to the ground.

The delivery man previously getting punched then comes over brandishing the plank and begins to strike at the man.

He manages to wriggle free and gets to his feet but is pursued by another driver.

As the clip ends, a man’s voice can be heard pleading for everyone to “calm down.”

The video was tweeted out by London and UK Crime which wrote: “The guy in black t-shirt had thrown a rock at one of the deliveroo drivers.”

She wrote: “Delivering more than food now I see. Like a pack of animals, never one on one or I think Deliveroo would have come a cropper.”

Another tweeter said:: “Is this my london? The London I love and have grown up in, wtf man what is going on.”

One man quipped: “Giving him a pizza the action.”

Further video shows police at the scene speaking to some of the drivers.

Deliveroo say they are "urgently" looking into the matter. 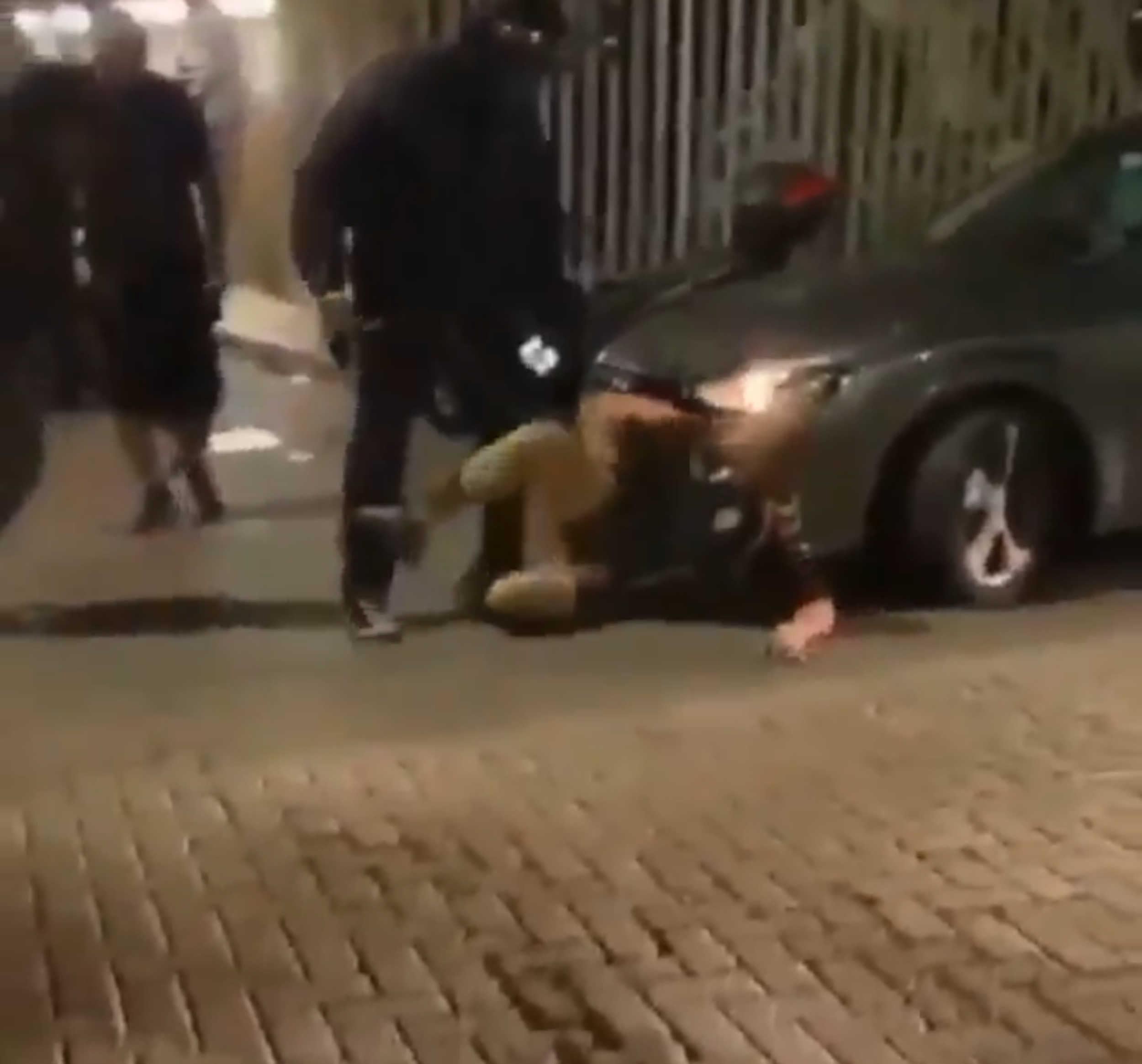 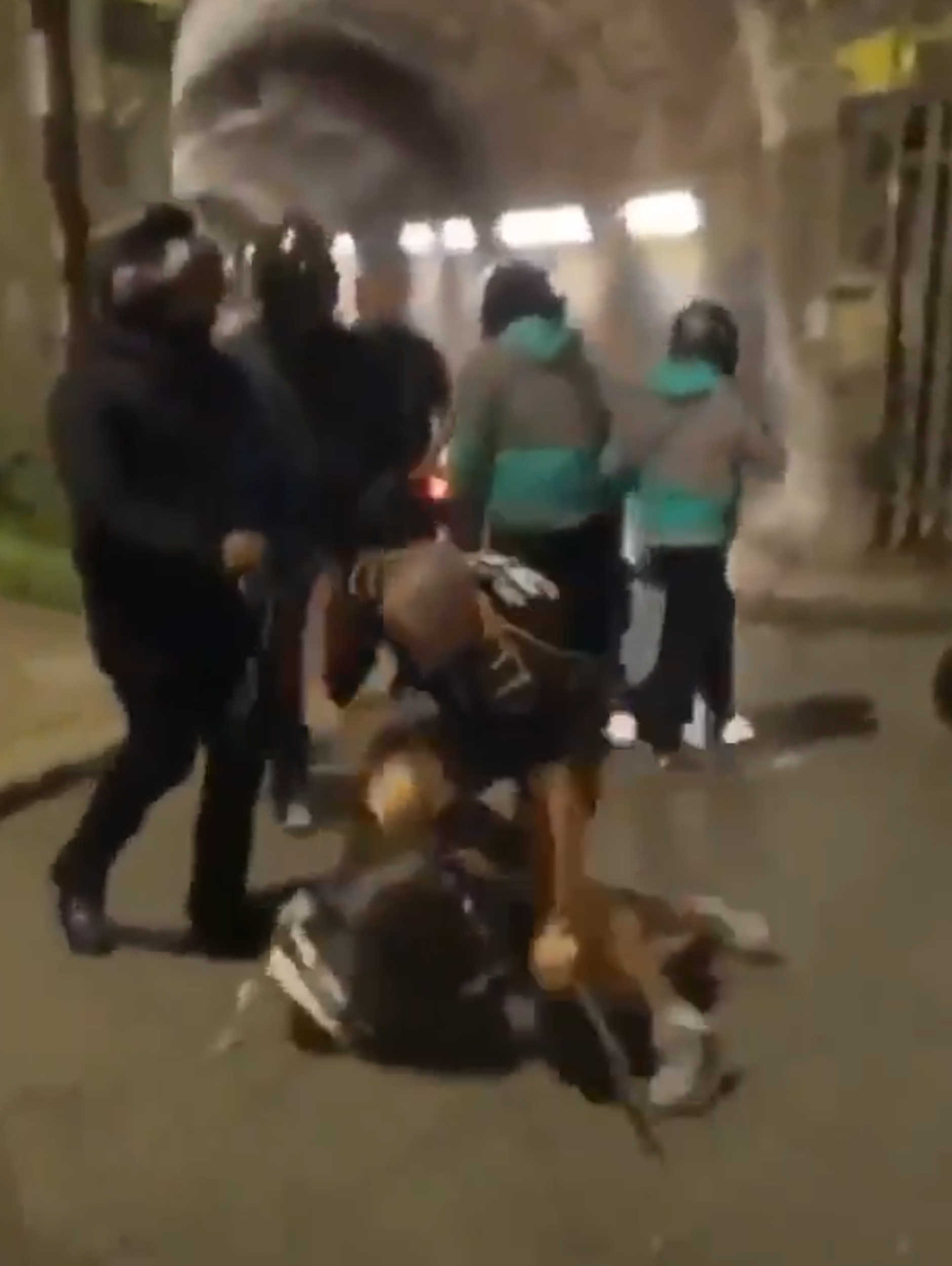 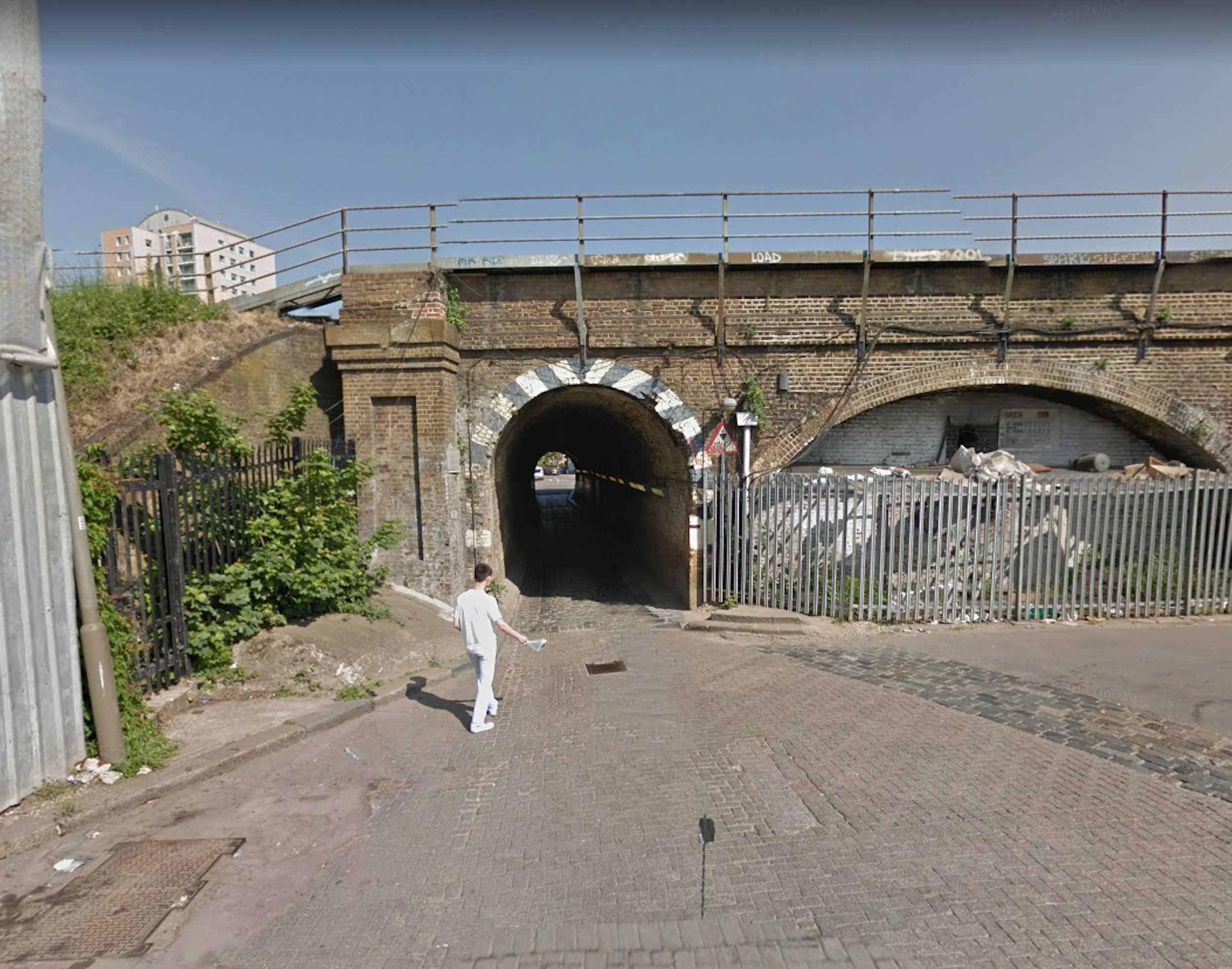