Watson the front of your letter! Sherlock Holmes is honoured in new set of stamps featuring Benedict Cumberbatch as the famous detective and new book cover illustrations

A new set of stamps is being issued to celebrate Sherlock Holmes, featuring images from the award-winning BBC TV series and other stories written by Sir Arthur Conan Doyle.

They include Sherlock Holmes, Doctor John Watson, Jim Moriarty and Mycroft Holmes. When UV light is shone over the stamps, hidden details from a storyline are revealed. 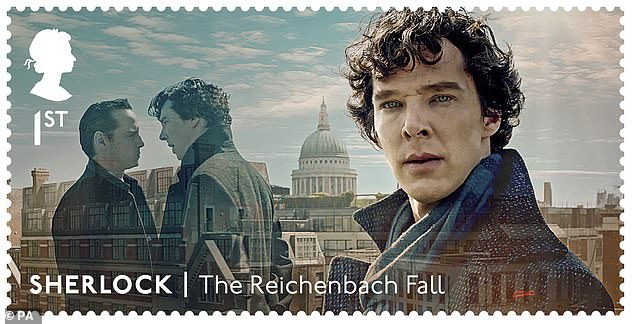 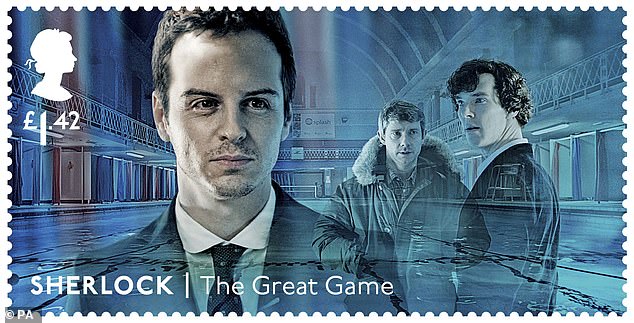 Irish actor Andrew Scott, who plays Moriarty, on a stamp with Sherlock and Doctor Watson in the background 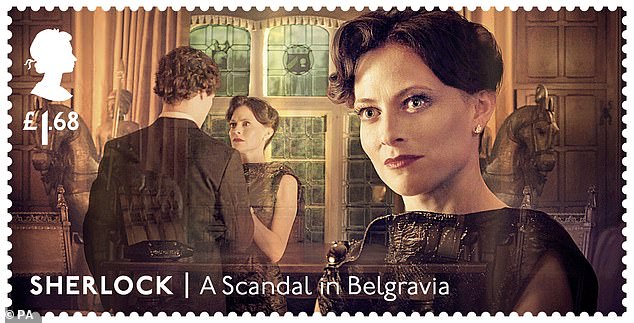 Sherlock producer Sue Vertue said: ‘We are terribly proud of our Sherlock TV series and now I am ridiculously excited about these Royal Mail stamps. I’m going to immediately book a UK holiday so I can send all my friends postcards using them.’

Richard Doyle, Sir Arthur Conan Doyle’s great nephew, said: ‘In the first chapter of my great uncle Arthur’s famous Sherlock Holmes novel, The Sign Of Four, Sherlock remarks upon the sheet of stamps in Watson’s desk – imagine his consternation if it turned out to be this sheet of stamps! What would he have deduced from what he observed?

‘I hope those who take a close look at these fascinating stamps, observing not just seeing, are inspired to read the original stories and novels written by my great uncle – Sir Arthur Conan Doyle.’ 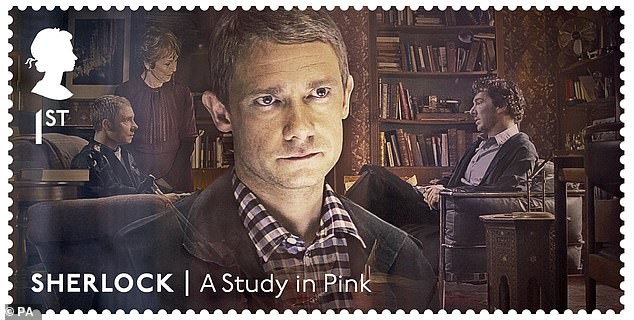 Martin Freeman as Doctor Watson, with a scene from Sherlock’s study in the background 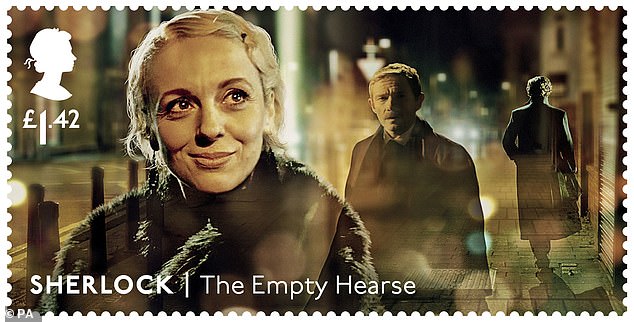 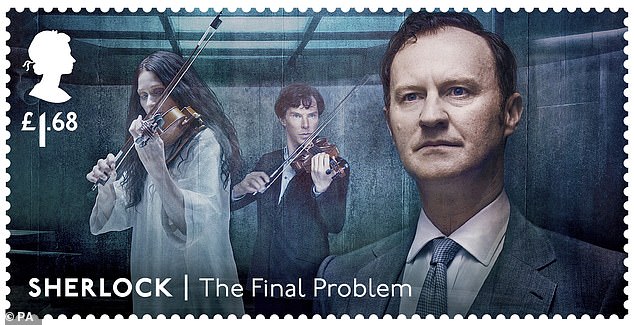 Philip Parker of Royal Mail said: ‘We celebrate the enduring fascination with the world’s most famous fictional detective.

‘Our stylish new stamps mark the acclaimed and award-winning TV series and are complemented by illustrations of some of the stories Conan Doyle considered among his best.’

The BBC’s Sherlock has been broadcast in 180 countries.

The stamps go on sale on August 18. 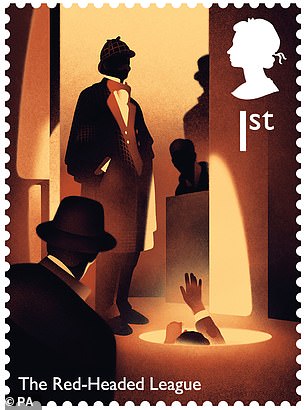 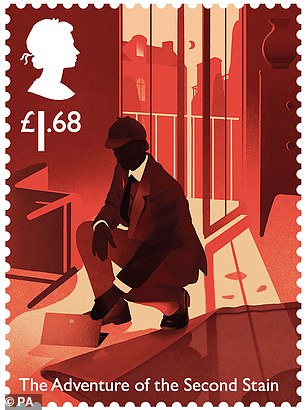 A further four stamps, presented in a miniature sheet, feature new illustrations of other stories written by Conan Doyle, including The Red-Headed League and The Adventure of the Second Stain 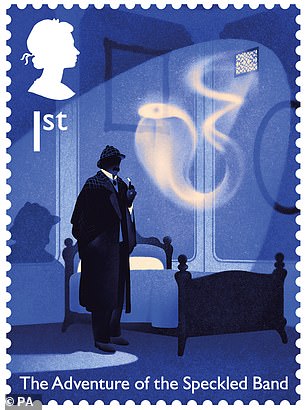 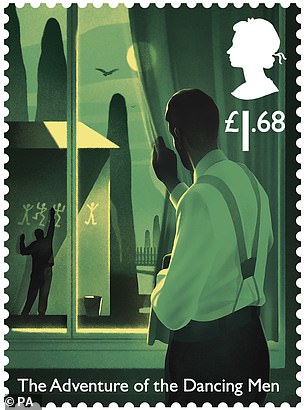