A fire that spread up a high-rise apartment building in a South Korean port city has left scores of people with minor injuries, officials said on Friday.

Footage from the scene in Ulsan showed a huge ball of orange flame soaring up the 33-floor building and shooting through the roof as firefighting crews tried to put out the blaze from below.

There were no immediate reports of deaths or serious injuries at the Samhwan Art Nouveau commercial and residential building. 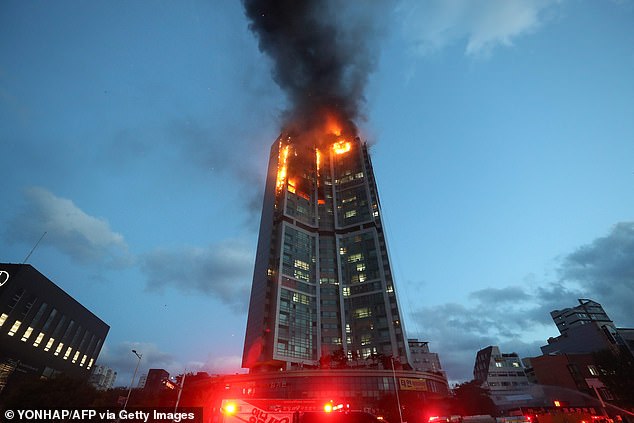 An enormous blaze broke out at a mixed-use tower block in the South Korean city of Ulsan late on Thursday night. It was spread up the high-rise building by strong winds, which made it difficult to extinguish 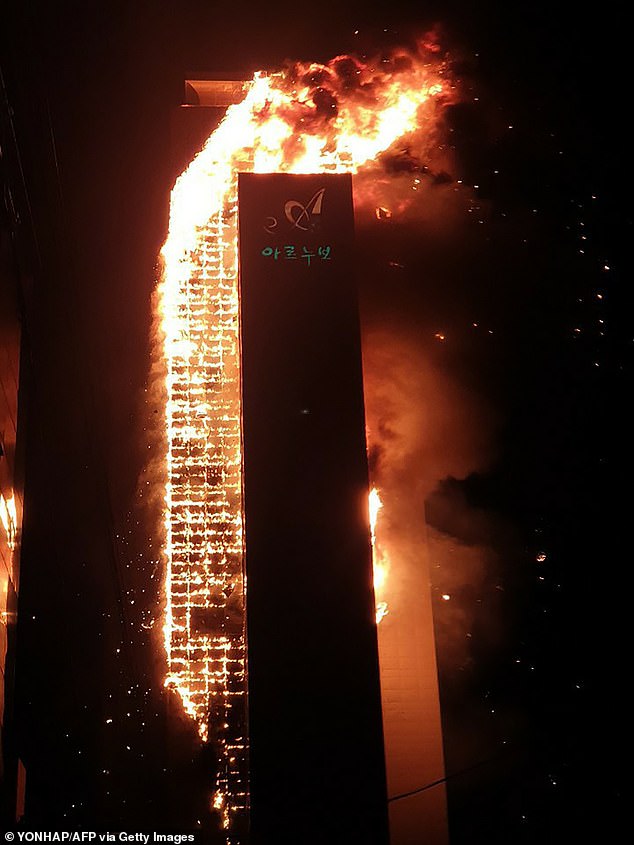 Soon, flames had engulfed the whole of the Samhwam Art Nouveau building which includes homes and commercial spaces. Hundreds of residents were forced to flee the fire, with some even escaping to the roof from where they were later rescued 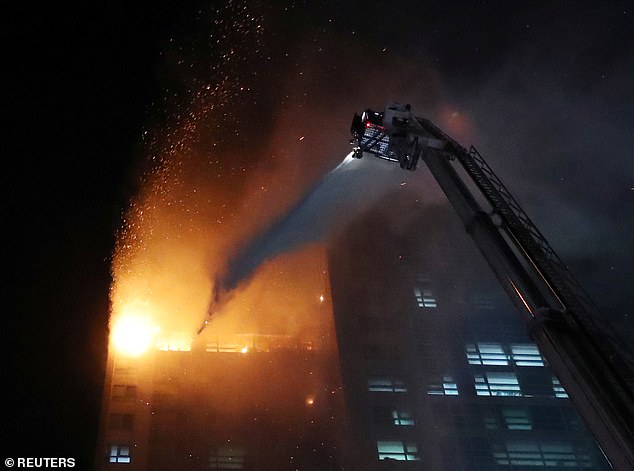 There were no immediate reports of deaths or serious injuries from the fire but some 88 people had been taken to hospital to treat minor injuries, mainly smoke inhalation

Hundreds of residents evacuated as the fire broke out and was whipped up the building by strong winds.

While another 77 has escaped to the roof or other spaces and were rescued by firefighters.

South Korea’s Ministry of the Interior and Safety said at least 88 people had been treated for minor injuries such as scratches or light smoke inhalation.

Officials are investigating the cause of the fire, which they said started on a balcony in one of the lower floors late on Thursday and spread up the exterior of the building amid strong winds.

The fire was nearly put out as of 00:00GMT on Friday after crews had battled with the flames for nearly nine hours, Yonhap News Agency reported.

It was brought under control just two hours after breaking out but could not be completely extinguished until much later as strong winds continued to flare the embers. 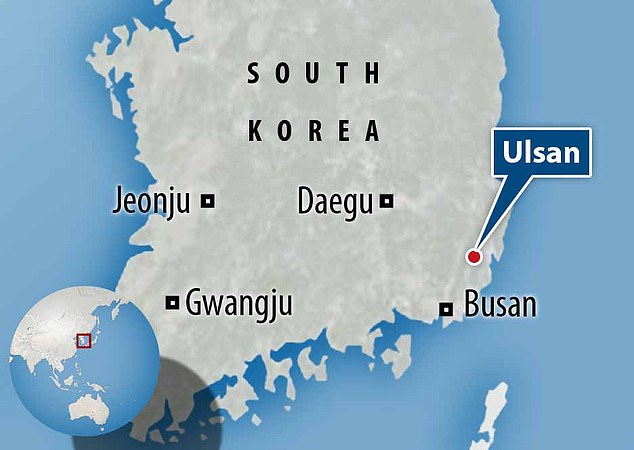