BAMAKO (Reuters) – Talks between Mali’s military junta and mediators from West Africa’s regional bloc were underway in Bamako on Sunday in an ongoing effort to return the country to civilian rule. 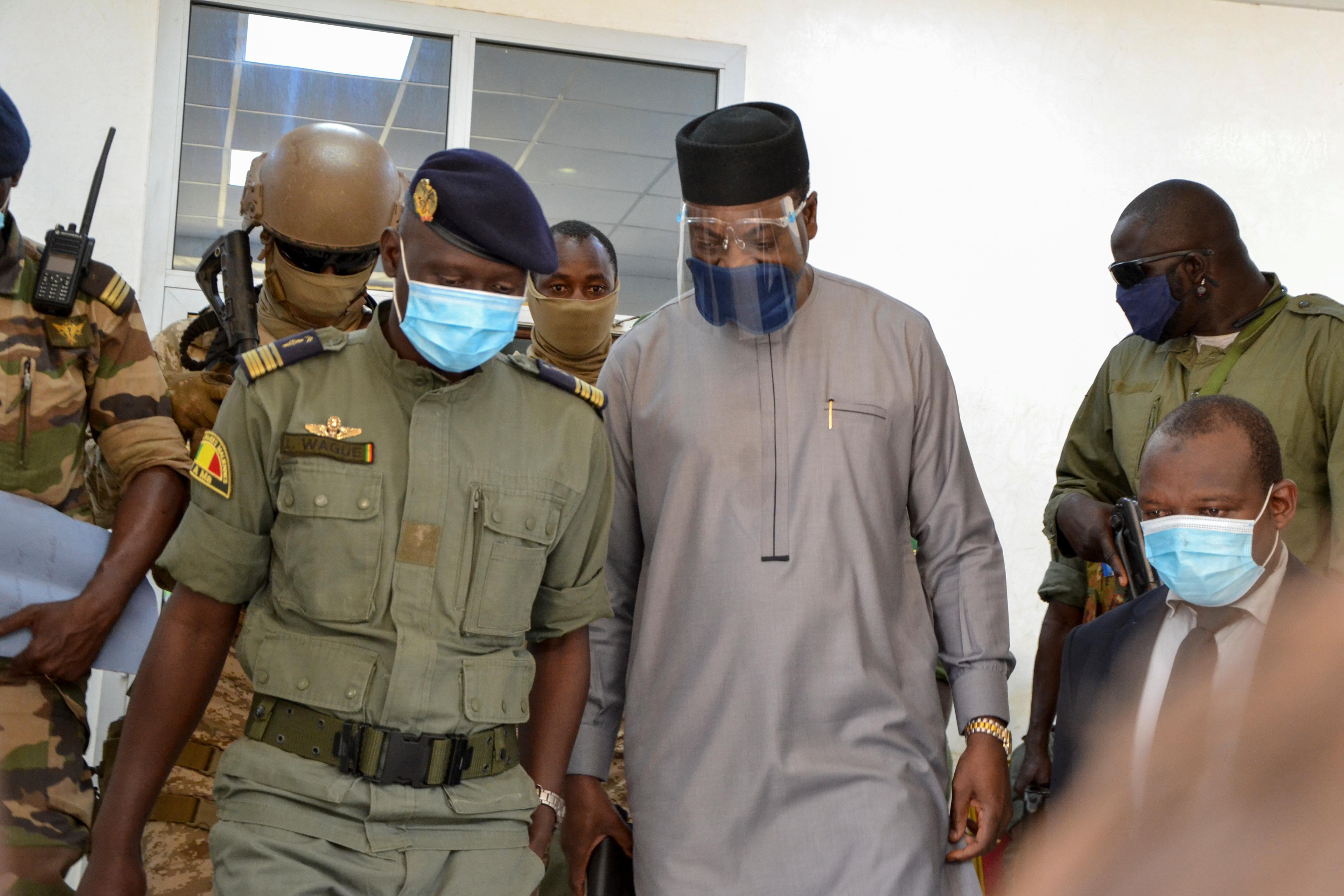 A senior officer close to the junta told Reuters that the morning’s discussion had focused on the bloc’s sanctions on Mali following the military coup.

The two sides also met briefly, for about 20 minutes on Saturday.

“The discussions are going very well,” Jonathan told journalists as he stepped out during Sunday’s break, without offering any further details.

Another officer close to the junta said the West Africa delegation had made proposals which would be examined.

The 15-nation Economic Community of West African States (ECOWAS), weary of prolonged instability in Mali and the potential for similar power grabs in the region, have taken a hard line on the coup.

It suspended Mali from its decision-making institutions, shut borders and halted financial flows with the country.

The overthrow of Mali President Ibrahim Boubacar Keita on Tuesday has been condemned abroad, but celebrated by many in a country battling an Islamist insurgency and months of political unrest following a disputed legislative election in March.

While the delegation arrived in Bamako on Saturday with the aim of reversing the coup, a diplomat told Reuters that reinstating Keita – who is being held by the junta – was out of the question, adding that the only thing it could achieve was a transition.