Russia has become China’s largest oil supplier after slashing its prices due to Western sanctions over the war in Ukraine.

It displaced Saudi Arabia as China’s biggest provider after a 55% increase over the past year allowed the Chinese state to capitalise on low prices brought about by western  countries refusing to buy oil from Russia.

Chinese state giants Sinopec and Zhenhua Oil have increased their purchases of Russian crude in recent months, refining the oil and selling it on.

Discounts of up to 30% have undermined western sanctions and sparked fears that Russia will continue to find funding for its war in Ukraine.

Last week, the Centre for Research on Energy and Clean Air think tank said Russia earned almost $100bn in revenue from fossil fuel exports in the first 100 days of the country’s invasion of Ukraine.

The European Union made up 61% of these imports, worth approximately $59bn.

Oil prices have risen by more than 60% over the past 12 months, topping $112 a barrel for international benchmark crude as of Monday.

Russia is now China’s biggest oil supplier after winning large discounts thanks Western sanctions over the war in Ukraine. Just weeks before Putin ordered his troops into Ukraine, Moscow and Beijing agreed to a ‘no limits’ partnership when the two leaders met

China had teetered between overt support for Russia’s aggression and condemning the war, despite the two countries strengthening ties in February prior to the invasion.

But the Chinese Communist Party has become increasingly emboldened as the war drags on, losing its fear of western sanctions introduced in retaliation for Vladimir Putin’s actions.

On June 15, China vowed to support Vladimir Putin over Russia’s ‘sovereignty and security’, with the two countries set to step up their economic ties – prompting Washington to warn Beijing it risked ending up ‘on the wrong side of history’.

President Xi Jinping spoke to his Russian counterpart in a phone call, during which he refused to condemn Moscow’s massive on-going military assault on Ukraine.

Beijing has been accused of providing diplomatic cover for Moscow by blasting Western sanctions and arms sales to Kyiv, as it escalates tensions in its own region with increasing threats to Taiwan.

It was the second reported call between the two leaders since Putin launched his invasion of Ukraine on February 24.

The pair last met earlier in February when Putin visited Beijing for the opening ceremony of the 2022 Winter Olympics.

Just weeks before Putin ordered his troops into Ukraine, Moscow and Beijing agreed to a ‘no limits’ partnership when the two leaders met.

It was reported in March that senior Chinese officials asked Putin to hold off on invading Ukraine until after the 2022 Winter Olympics. 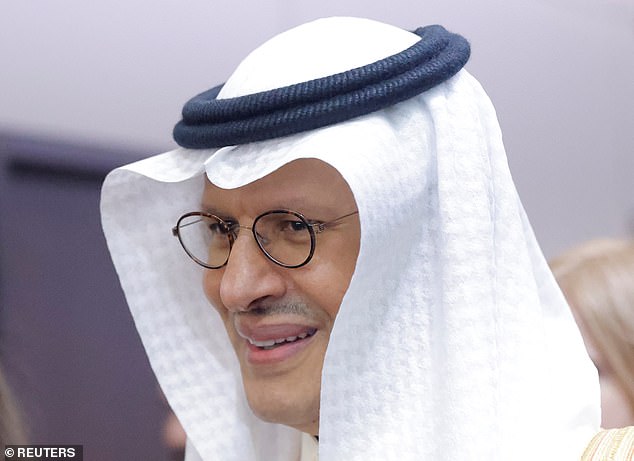 Russia has displaced Saudi Arabia as China’s biggest provider after a 55% increase over the past year. Saudi Arabia’s Energy Minister Prince Abdulaziz bin Salman is pictured 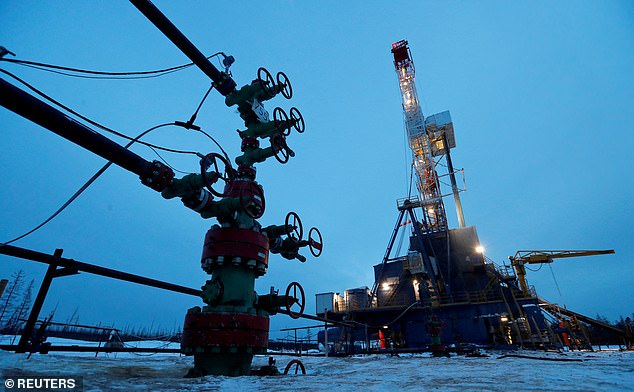 A well head and drilling rig in Russia is pictured. Discounts of up to 30% have undermined western sanctions and sparked fears that Russia will continue to find funding for its war

The West has adopted unprecedented sanctions against Russia in retaliation for its invasion of Ukraine, and Moscow considers that Europe and the United States have thus caused a global economic slowdown.

Moscow is also looking for new markets and suppliers to replace the major foreign firms that left Russia following the invasion.

The European Union and the United States have warned that any backing from Beijing for Russia’s war, or help for Moscow to dodge Western sanctions, would damage ties.

China and India are two major economies that have not taken part in retaliatory measures against Moscow, with Putin banking on his country’s relations with the pair to bail him out of the economic fallout. 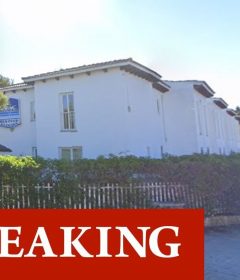