A ‘hero’ Royal Navy sailor has been banned from the roads after he rode an e-scooter while four times the drink drive limit and smashed into a car.

Derek Wilkinson, a Chief Petty Officer, was spotted by a police officer speeding past and ‘wobbling’ on the electric vehicle in his hometown of Portsmouth in Hampshire.

The officer then watched as the drunk 56 year old crashed into a parked car and tumbled into the road.

A police breathalyser showed he was almost four times the drink drive limit. 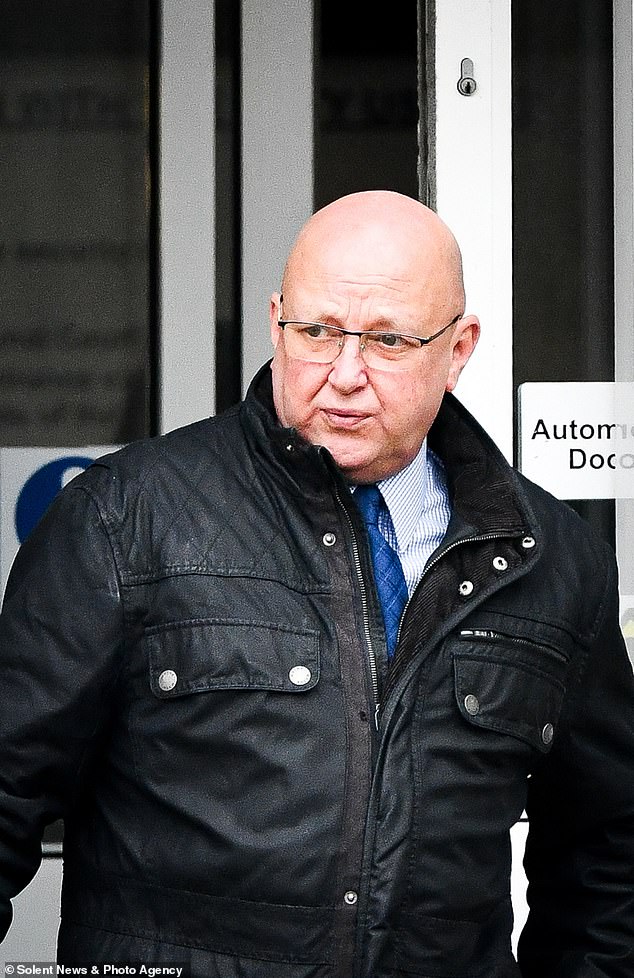 Derek Wilkinson, 56, at Portsmouth Magistrates Court where he was banned from driving for two years and fined £1,430 for riding a rental e-scooter while four times the drink drive limit

Wilkinson pleaded guilty to the offence and was today handed a driving disqualification for two years and eight months and ordered to pay £1,430 in fines and costs at Portsmouth Magistrates Court.

The court heard that the senior sailor was spotted on the rental e-scooter in Hants on December 4 last year at around 8pm.

After noticing Wilkinson was ‘wobbly’, the officer watched him collide with the parked car and come off the scooter.

Graham Heath, prosecuting, told Portsmouth Magistrates Court: ‘He was speeding by a police officer, attracting attention because he was described as wobbly.

‘It was only a matter of time before he fell off or hit something – both happened in fact. Police then intervened.’

When tested, Wilkinson gave a reading of 130 micrograms of alcohol per 100 millilitres of breath. The legal limit is 35.

On the e-scooter app, which drivers must download to rent one of the vehicles, it states it is an offence to use them while over the legal limit.

Howard Barrington-Clark, defending Wilkinson, asked for leniency ‘because of all he has done for his country’.

Woman, 26, who was twice over the limit when she hired an e-scooter banned from driving for 18 months 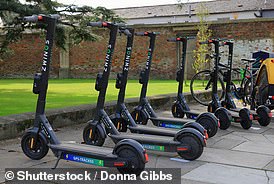 He added that Wilkinson intends to leave the Navy and go to live in New Zealand with his family and asked magistrates not to impose a community penalty including unpaid work which could jeopardise that.

Mr Barrington-Clark said: ‘[Wilkinson] is a hero, a saint, and a fool – all three.

‘Please don’t emotionally imprison him here. Show some compassion and go outside the guidelines just this once.’

Chairman Nick Mansfield said to Wilkinson: ‘We have heard something about you and we have looked at the case and our sentencing guidelines.

‘You’re a man of previous good character. Because of your personal circumstances we feel that it is not appropriate to do a community penalty.’

Mr Mansfield added: ‘We are going to disqualify you from driving for 32 months.

‘We are offering you to reduce the disqualification by 32 weeks by doing a course.’ 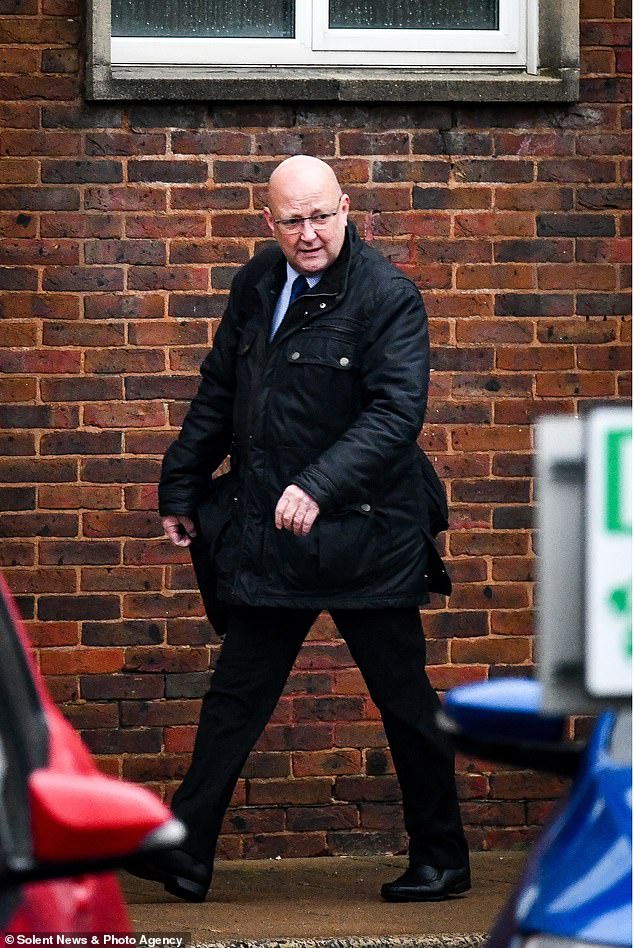 What is the law on drink-driving electric scooters in the UK?

E-scooters are classified as Personal Light Electric Vehicles (PLEVs), which means they are subject to all the same legal requirements including MOT, tax and licensing.

In December, Tyrone Drane, 26, admitted drink driving on an electric scooter in Norwich.

Norwich Magistrates’ Court heard how he was arrested and found to have 144 milligrams of alcohol in 100 millilitres of blood. The legal limit is 50.

Drane pleaded guilty to the charge of driving a vehicle above the legal alcohol limit.

Last October, Sean McPeake, 31, was caught riding an e-scooter while drunk in Ipswich.

He told police he’d had ‘a couple of pints.’

He failed a roadside breath test and was found to have 55 microgrammes of alcohol in 100 millilitres of breath.

The 28-year-old, from Shoreditch, east London, rode his e-scooter while drunk and crashed into a moped injuring both the driver and pillion passenger.

He pleaded guilty to drink-driving and careless driving at London Wall in the City of London.