Rishi holds out against bumper pay deals as Covid bill hits £376BILLION – including another £4BILLION propping up railways: Chancellor warns there is NO new money for extra public sector hikes

Rishi Sunak warned he will not splash the cash on public sector pay hikes today as the £376billion cost of Covid were laid bare.

The Chancellor underlined the need to be ‘responsible’ with the public finances after the Treasury told Whitehall departments any extra wage boosts must be found from within existing budgets.

The intervention came as the government’s spending watchdog revealed its final update on the bill for the response to the pandemic.

The eye-watering total is now £376billion – notably including another £4billion in recent months to keep emergency bailouts in place for train operators this year. Rail unions are on strike demanding a 7 per cent pay hike that the government says is unaffordable.

The parlous state of the government’s books was also revealed in new figures showing it borrowed £14billion in May, and interest payments on the £2.4trillion debt mountain hit a record £7.6billion due to soaring inflation. 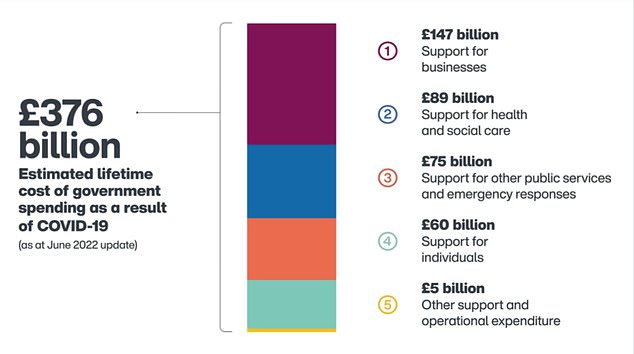 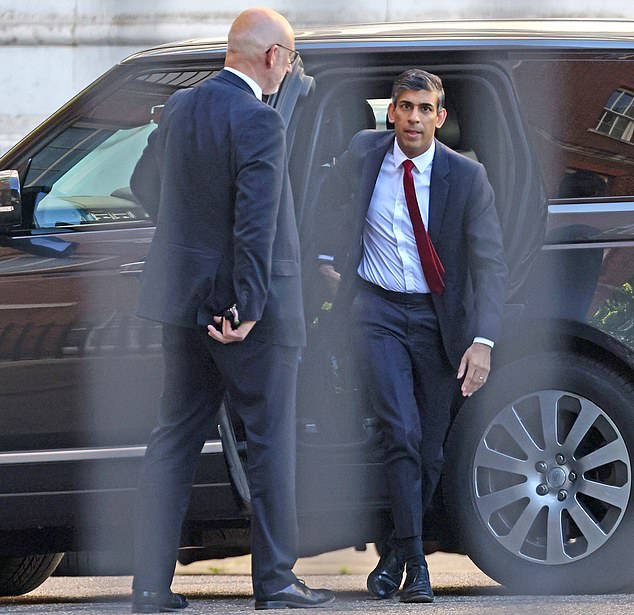 The government borrowed another £14billion in May despite the rising tax burden, as inflation sent interest payments soaring.

The costs of servicing the near-£2.4trillion debt mountain surged to £7.6billion, a record for the month.

That helped offset the increase in income for the government from higher taxes.

Chancellor Rishi Sunak insisted the grim figures underlined the need to be ‘responsible with the public finances’ – as unions clamour for huge pay rises to deal with the surging cost of living.

There are worrying signs that the economy is on the verge of slipping into recession as the Ukraine crisis and Covid aftermath bites.

Mr Sunak made provision for pay rises of around 3 per cent in the spending review in November, but at the time inflation was expected to average around the same level this year. It is now likely to be more than double that.

However, according to the Times, ministers have been given the message that there will be ‘no new money’ for higher wages.

‘That is why we are taking a balanced approach – using our fiscal firepower to provide targeted help with the cost of living, while remaining on track to get debt down.

‘Being responsible with the public finances now will mean future generations aren’t burdened with even higher debt repayments, and we can secure our economy for the long term.’

The National Audit Office’s Covid final update to its costs tracker showed that the bill has risen by £6billion since September, to £376billion.

Support for businesses, including furlough and the Bounce Back Loan scheme, had the highest total forecast cost of £147billion – although that was down £7billion from September.

Public Accounts Committee chair Meg Hillier said: ‘The pandemic has had a devastating impact on people’s lives. While the human cost is incalculable, the cost of government’s COVID measures is close to £400billion. Many of these measures will have cost implications for years to come.

‘Visibility of COVID spending is crucial for proper accountability, so the taxpayer can challenge government on how their money is spent.’ 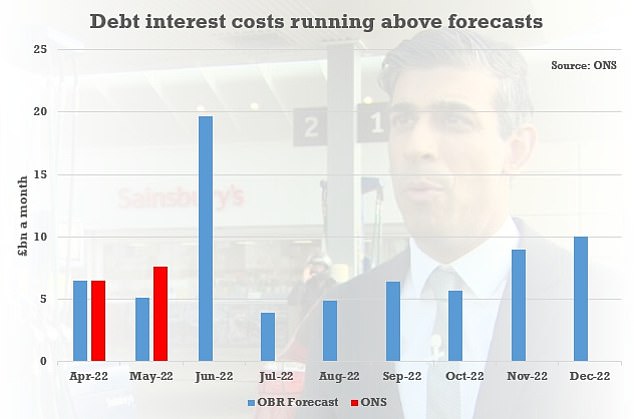 The costs of servicing the near-£2.4trillion debt mountain surged to £7.6billion, a record for the month