This is the heartwarming moment a shivering dog was saved during floods from Hurricane Eta in Mexico.

The drenched Labrador was clinging to a metal window box outside a home in the Tabasco region on November 13.

Rescue teams were floating through the area searching for stranded residents when they noticed the male pooch. 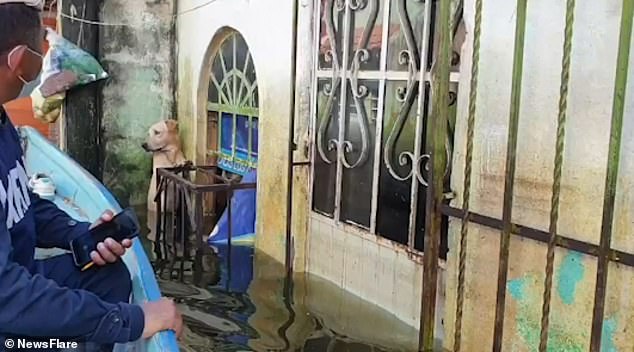 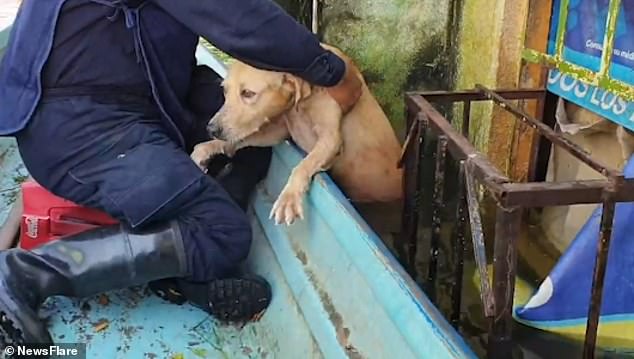 Rescuer Eric Ramirez said the dog was cold, hungry and thirsty but is making a recovery

Footage shows how one of the workers from the Marine Secretaries reached over to the dog and gently stroked its head to gain its trust.

A few seconds later the dog tentatively placed its paws onto the wooden rowing boat being hauled aboard to safety.

Rescue worker Eric Ramirez said the dog was taken to a rescue shelter where he is now recovering.

He said: ”The dog is only young. Just one or two years old. He was weak and hungry so the first thing was to give him a drink of fresh water.”

Mexico’s Servicio Meteorológico Nacional (SNM) reported that in the 24 hour period up until 06 November, 315mm of rain fell in Oxolotan in Tabasco State and 279.5mm in Escalon in Chiapas State.

Dozens of people across the region were killed by Hurricane Iota, which has now strengthened to Category 4 as sweeps across the western Caribbean and moves into Central America.

The region is currently being battered my Hurricane Iota, which is just as powerful as Eta.

Iota had intensified into an extremely dangerous Category 5 storm during the day Monday, but the U.S. National Hurricane Center said it weakened slightly as it neared the coast late Monday and made landfall with maximum sustained winds of 155 mph. It hit the coast about 30 miles south of the Nicaraguan city of Puerto Cabezas, also known as Bilwi.

People hunkered down in Bilwi even before the hurricane arrived, already battered by screeching winds and torrential rains.

Business owner Adan Artola Schultz braced himself in the doorway of his house as strong gusts of wind and rain drover water in torrents down the street. He watched in amazement as wind ripped away the metal roof structure from a substantial two-story home and blew it away like paper. 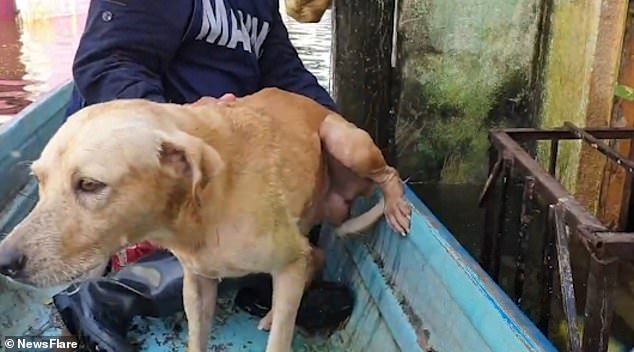 ‘It is like bullets,’ he said of the sound of metal structures banging and buckling in the wind. ‘This is double destruction,’ he said, referring to the damages wrought by Eta just 12 days earlier. ‘This is coming in with fury,’ said Artola Schultz.

‘The situation is exacerbated by the fact that Iota is making landfall in almost the exact same location that category 4 Hurricane Eta did a little less than two weeks ago,’ the Hurricane Center said in a statement.

Eta killed more than 130 people in the region as torrential rains caused flash floods and mudslides in parts of Central America and Mexico. 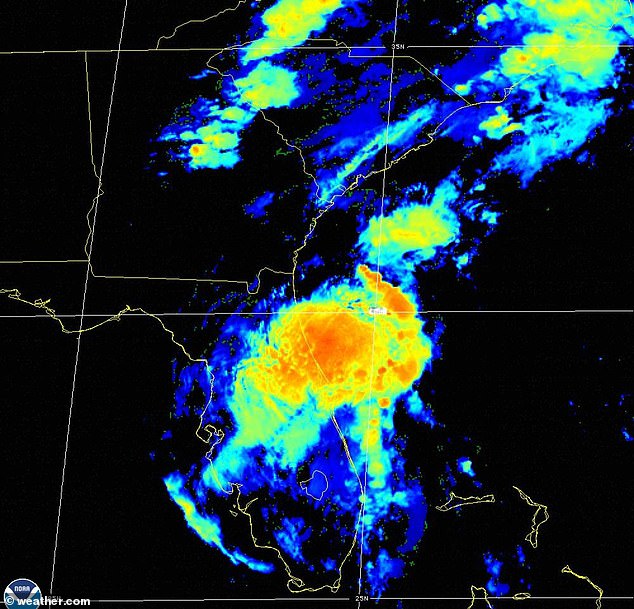 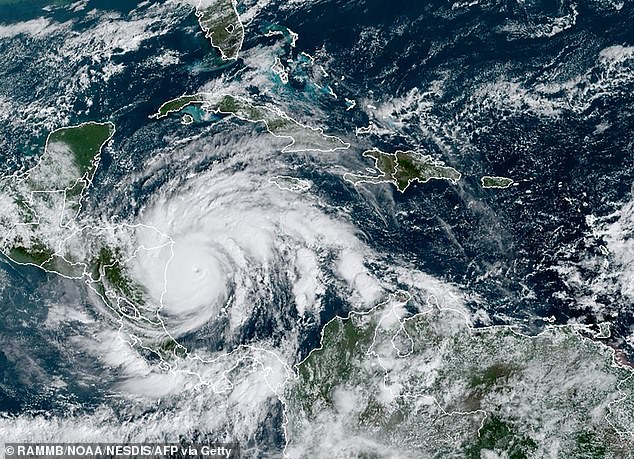 Locals in the region are currently bracing themselves for Hurrican Iota, pictured

‘This hurricane is definitely worse’ than Eta, Jason Bermudez, a university student from Bilwi, said as winds roared before Iota came ashore. ‘There are already a lot of houses that lost their roofs, fences and fruit trees that got knocked down,’ said Bermudez. ‘We will never forget this year.’

Forecasters warned that Iota’s storm surge could reach 15 to 20 feet above normal tides, and as the storm approached that threat weighed heavily on Yasmina Wriedt in Bilwi’s seaside El Muelle neighborhood.

‘The situation doesn’t look good at all,’ Wriedt said. ‘We woke up without electricity, with rain and the surf is getting really high.’

Wriedt said Eta pushed the surf up to just behind her house, where she lives with eight other members of her family. ‘Today I’m afraid again about losing my house and I’m frightened for all of us who live in this neighborhood,’ she said.

She said some neighbors went to stay with relatives elsewhere, but most had stayed. ‘We’re almost all here,’ she said. ‘Neither the army nor the government came to move us.’

In Wawa Bar, Jarquin said he found ‘total destruction’ from Eta. People had been working furiously to put roofs back over their families’ heads, but Iota threatened to take what was left.

‘The little that remained standing could be razed,’ Jarquin said. There were other communities farther inland that he was not even able to reach due to the condition of roads.

Evacuations were conducted from low-lying areas in Nicaragua and Honduras near their shared border through the weekend.

Nicaraguan Vice President Rosario Murillo, who is also the first lady, said that the government had done everything necessary to protect lives, including the evacuation of thousands. She added that Taiwan had donated 800 tons of rice to help those affected by the storms.

Limborth Bucardo, of the Miskito Indigenous ethnic group, said many people had moved to churches in Bilwi. He rode out Eta with his wife and two children at home, but this time decided to move in with relatives in a safer neighborhood.

‘We hadn’t finished repairing our houses and settling in when another hurricane comes,’ Bucardo said. ‘The shelters in Bilwi are already full, packed with people from (surrounding) communities.’

Iota is the record 30th named storm of this year’s extraordinarily busy Atlantic hurricane season. It’s also the ninth storm to rapidly intensify this season, a dangerous phenomenon that is happening increasingly more often. Such activity has focused attention on climate change, which scientists say is causing wetter, stronger and more destructive storms.

The official end of the hurricane season is November 30.